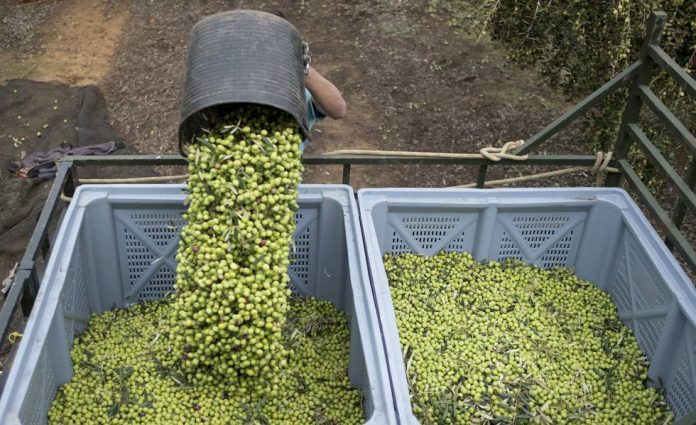 Europe is about to close a year of celebrations for the 20th anniversary of the birth of the euro. And two decades and a Great Recession later, the great aim which they pursued their economies is still not achieved: the North-South gap has not been closed. By opening the focus to the whole of the EU, the regions of central and eastern Europe are the ones that managed to raise more rapidly its per capita income and closer to the average. The Twenty-seven are now in the middle of negotiations for the next Multiannual Financial Framework, which will be in effect between 2022 and 2027. Although it hoped to be able to reach an agreement in December, the battle between net contributors and recipients (16 countries, among them Spain, have conjured up this Tuesday in Prague to defend the cohesion policy of the EU) has led to park in the achievement of a pact until next year, under the presidency of Croatia, or Germany. Coinciding with these talks, several reports try to assess the impact on the regions of the policy of solidarity between the partners of the EU.

Other articles of the draft SOUND EUROPE The European Union falls far short of its target in road safety, Spain is the country of the European Union and the annual mortality rate of the lowest

The Finance ministers of the EU took stock already this year in Bucharest (Romania), in the framework of an informal meeting, of the results of the cohesion policy. On the table, had a report prepared by the think tank Bruegel, which concluded that the “unsatisfactory convergence” that is found between countries and regions could lead to “threaten the social cohesion” within the EU.

Between 2003 and 2017, according to that document, Lithuania, Latvia, Romania or Poland had grown by over 4% per year. This strong expansion allowed them to narrow the gap with the per capita income of countries such as Germany, where in that period grew by 1.39% per year. On the other hand, in the south of Europe, not only there was no such convergence, but two countries (Italy and Greece) even worse, especially because of the crisis. Spain (0,65%), Portugal (0,63%) or Cyprus (0,57%) had green numbers, but below their neighbors to the North. The study suggests, therefore, that the gap was closing in the East and continued to grow with respect to the South.

Another report from Bruegel developed by the researchers Zsolt Darvas, Jan Mazza and Catarina Madoes for the European Parliament comes to the same conclusion. In that same period, between 2003 and 2017, the Eastern countries were the main push they had, while the south of Europe presented the worst results. In contrast, a report produced by the European Central Bank, which examined the 12 founding countries of the euro concluded that yes there has been a convergence in terms of economic growth or exports in the last two decades.

But what is the role of the cohesion policy? The economic literature on the topic is abundant: the academic world has produced more than 1,000 papers. And do not all point in the same direction. The three researchers of Bruegel (Darvas, Mazza and Madoes) have tried to find what is the role of the cohesion policy by trying to deprive the rate of growth of the multiple factors that contribute to this. The authors found that this disparity in expansion between the countries looked conditioned by the wealth of the initial country –the more low, the more potential a—, the percentage of workers with vocational training, the density of population, or the proportion of employees in R+D+i.

once you have analyzed all these factors, I remained an “economic growth unexplained”. And the authors believe, according to Darvas, that that marginal rate is that which could be explained by the cohesion policy between 2014 and 2022 was equipped with 367.000 million euros of community funds. And that is what the map shows.

The central and eastern Europe continue to be the countries whose growth have contributed to these cohesion funds. The map shows that this expansion derived from the use of these resources was intense in the countries of the East, especially in Romania and Poland. But also in several land germans and in the south-east irish. At the top of the classification, the 10% of the 1.337 regions surveyed came from 21 different countries. In that league, however, they do not play Belgium, Cyprus, Finland, Greece, Hungary, Slovenia or Spain.

The map also indicates a poor performance of some regions in Finnish, French or british. A special case is Greece. Zsolt Darvas, one of the authors of the study, says that it was left to that country the margin of the study noted that 70% of its territory was to the tail of the EU as a result of the brutal consequences of the recession. Six other countries occupying the caboose of the queue: Croatia (48% of their regions), Slovenia (42%), Bulgaria (32%), Finland (32%), Hungary (30%) and Ireland (25%).

How do you explain these differences? Darvas explains that the authors have spoken with a number of national experts that give clues about the differences in use. To start with, these funds are water may, for many countries, but have also been a focus of corruption. In addition to avoiding the improper use of those resources, Bruegel also suggests a certain level of funding to ensure that the money follows the value of the programs and allow for an appropriation of those programs.

there is Also agreement that good coordination between administrations –central, regional and local— affects the performance. Finally, impacts in one of the debates live now in Brussels, looking for the formula to link the use of the funds with the objectives of the EU. Darvas argues that this could benefit the more developed areas, but not the rest. “The less developed regions have very different needs to the more advanced. And there the EU’s priorities may not coincide with the local ones, which would reduce the utility of the cohesion policy”, he adds.

Precisely, the member countries are in full battle for the multi-annual Financial Framework between 2022 and 2027. The European Commission proposes a few accounts equivalent to 1,11% of eu GDP. However, Germany, Austria, Holland, Denmark or Sweden –net providers— are not willing to assume part that leaves the Uk and want to limit the budget to 1% of GDP. On the other hand, Spain or Portugal in support of the document of the Commission. The Committee of the Regions fears that this leads to a cut in cohesion funds.