Home Law What You Can Do if a Relative if a Victim of Wrongful...

Losing a loved one can be a traumatic experience no matter what, but the consequences of death are felt far greater if it occurs suddenly. If a death happens due to someone else’s malicious or negligent actions, resulting in a fatal accident, then the incident can be even harder to come to terms with. The death of a relative not only means saying one last goodbye to a family member, but it can also create financial hardship and loss of dependency in your own life.

If you lose a family member, it’s important to realise that there are legal avenues you can pursue to help you recover from the death. Pursing compensation for a wrongful death supports you by providing financial stability while also ensuring the culprit is held accountable. It can be helpful to turn to a dedicated solicitor firm, such as FatalAccidentClaims.com. Specialist solicitors will offer you advice and support while using their expertise to build the strongest possible compensation claim on your behalf.

Should you be unsure on what a wrongful death is, what options are available to you if a relative dies, or uncertain about seeking compensation, then you’ve come to the right place. Fatal accident claims have provided us with great answers to these questions.

What Is Defined as Wrongful Death?

First of all, it’s essential to understand what wrongful death means in legal terms to determine whether your situation would match with this area of law. Wrongful death is, in essence, a death that has been ruled as being caused by the ‘negligent, wilful, or wrongful act’ of another person. Someone dying from natural causes such as old age or a disease, for instance, would not be classed as wrongful death.

Different countries have their own ways of classifying a death as ‘wrongful’. In the United Kingdom, for example, a coroner will hold an inquest into death if it’s not clear how the death occurred. At the end of the inquest, they may determine that the death was unlawful and therefore ruled as an unlawful death. In this example, the fatal accidents act is a piece of legislation that provides damages to relatives of people killed by the wrongdoing of others. A wrongful death verdict here is based on the balance of probabilities, as it is in other countries like Australia.

The term ‘wrong death’ is often used to describe a claim that can be made in court. A wrongful death claim is made to hold someone liable for a person’s death. If a claim is successful, then the claimants, which will most often include close relatives, will usually receive compensation damages.

One specific example of a workplace fatal accident that we can look at involves an engineer who sadly died in 2018. The engineer, named Colin Willoughby, died instantly when he was crushed by a heavy hydraulic press. His company failed to perform a risk assessment and steps were not taken when the hydraulic press was identified as in poor condition. The engineer’s company received a hefty fine of £645,487 for breaching health and safety regulations.

An example of a medical negligence claim includes another 2018 case where an NHS Trust was fined £2.5 million for two deaths. Both patients died from sepsis, a serious and life-threatening condition that occurs when the body overreacts to an infection. The trust was found guilty of breaching the Health and Social Care Act for exposing both patients to significant risk of avoidable harm.

Your Options After a Relative Dies

No matter how the death occurred, if it is ruled as a wrongful death, then you have several options available to you if a relatively has died. Before you explore your options, it’s vital to assess how close you were to the deceased and how their death has affected you. Support is usually only available to a limited criteria, such as spouses and parents.

When someone who was close to you dies, you not only suffer emotional damage, but also financial damage. Sudden and unexpected deaths leave little room for preparation. In the immediate aftermath, you will likely need to cover funeral expenses. If the person received medical care before their death, then you will also need to pay any medical expenses. Therefore, compensation will help you take care of these payments. You may also endure loss of money or services due to the deceased no longer being in your life. For example, you may now be expected to pay more rent or childcare costs.

There are several types of compensation that you can claim, many of which depend on your country and state. Typically, a wrongful death claim will help you recover funeral and medical expenses accrued, as well as damages for the emotional pain suffered. You can also make a dependency claim to cover the financial struggles caused by the loss of dependency. In the UK, a statutory bereavement award claim can also be made, but a very limited group of people are entitled and it always provides the same amount regardless of the accident’s specific circumstances.

Why Should I Seek Compensation?

In many ways, there is still a negative perception of compensation in society. People don’t want to be seen as capitalising on someone’s death or taking month from others. However, compensation is much more important than that. Damages are necessary for helping you recover from a relative’s death. Without compensation, you would be expected to pay medical care costs and money for the deceased’s funeral arrangements. If you are a dependent, then it’s likely that you will struggle without the deceased’s fair share of money.

Seeking compensation is nothing you should be afraid or ashamed of. It is a perfectly viable solution and multiple options are out there for you. Even if you are worried about who pays the compensation, rest assured that it will likely be an insurance company. Your claim won’t be putting a company out of business or affecting the services of a local hospital. 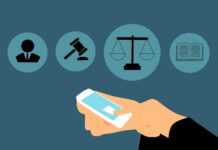