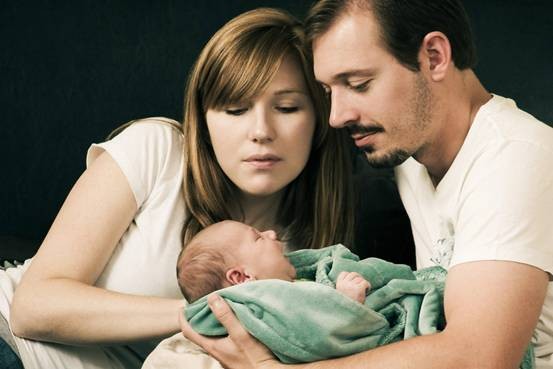 it Is believed that the only child in the family grows selfish. Perhaps partly for this reason, some parents give birth to a second child, third, fourth… But no matter how many children in the family, the elder will always be different from his brothers and sisters, say psychologists.

American, a clinical psychologist and author of books on parenting Michael Grose analyzed over years experience, relationships children of different ages in different families and concluded that the order of appearance of the kids to light influences the formation of their psyche, world views and on behavior. He believes that birth order is one of the strongest factors influencing personality, along with genetics, gender, temperament, and parenting style. Michael Grose notes that older children tend to be successful students and leaders, who often can not only control their own lives, but also to take responsibility for family, for friends. Another characteristic of many older children – authoritativeness. And they are looking for approval usually are perfectionists and often have more in common with the firstborn of other families, than with his brothers and sisters.

first-borns have a special place in the family hierarchy, according to American writer and journalist Jeffrey Kluger, “They come into the world as the only Princess or Prince of their parents. They often indulge, indulge them more often, they grow up with the feeling that I was in the center of the family orbit.”

as adults, first-borns often take up leadership positions. In the survey, which was conducted in 2007 by the company Vistage International, was attended by 1582 the General Director of various major companies. About 43 percent of them were in their families first. Another study by Vistage International showed that the firstborn in 55 percent more likely than the nexte children eventually grow up to become the founders of companies and organizations. However, they are more conservative leaders, and more demanding of subordinates. To the firstborn, who have become successful leaders, include, for example, Elon musk, Richard Branson and Jeff Bezos.

Middle children have also become leaders, but this probability is 33 percent. As for the younger brothers and sisters, only 23 percent of them have achieved leadership positions. The majority of respondents – 45 percent – lead a company of 150 employees. Only three percent of the interviewed CEO’s have grown up as the only child in the family, with the majority of respondents, 74 percent, have grown up in families with two or four brothers and sisters.

Jeffrey Kluger published this information in his article for the popular publication The Times. However, he said that being a firstborn in the family means to have many benefits, including more attention to parents, the lack of competition until the next child the opportunity to actively explore the world, to show leadership – for example, on the Playground. All this helps him in the future not only to defend their opinion, but also to win more winning and attractive positions in his career.

According to research by Career Builder, the results of which were published in the New York Times, first-borns, generally have a higher level of intelligence and get a higher salary than their younger brothers and sisters. The study of intelligence brothers and sisters was carried out in the control families for 50 years. The results showed that the average difference in IQ was slight – three points higher in the eldest child than its closest cousin, but significant. And researchers were unanimous in the conclusion that this is due to the circumstance of the birthright, and not to biological factors like prenatal environment.

the study was analyzed data on birth order, health status and indicators of intelligence 241 310 men aged 18 and 19 years old, born from 1967 to 1976. After adjustment for factors that may affect scores, including parents ‘ education level, maternal age at birth and number of family members, the researchers found that the older children gaining an average of 103.2 points, i.e., about 3 percent more than second children (100.3 points), and 4 percent more than the third of the children (99).

the researchers Then studied the indicators of the level of intelligence in 63 951 pairs of brothers and found the same results. The differences in the home environment does not explain the higher scores of older brothers and sisters.

Perhaps three points in the test on IQ may not seem like much “margin”, but experts argue that this could be the defining factor for some people. You can even talk about a “cumulative effect”, which can mean the difference between admission to an elite private liberal arts College and a less exclusive public.

Despite the fact that the study was conducted on men, the scientists say that the same conclusions can be attributed to women. “Because gender has little effect on IQ scores, the results almost certainly apply to women,” said Dr. Petter Kristensen, an epidemiologist from the University of Oslo and the study’s lead author.

“I think these publications are the most important in this area for 70 years,” said Frank J. Callaway, a psychologist from the Institute of personality and social research, University of California at Berkeley. Dr. Sulloway, who was not involved in the study but wrote an editorial accompanying him, added, “previously there were some reasons to doubt this effect, but now all doubts resolved”. However, Joseph Lee Rodgers, a psychologist from the University of Oklahoma and a longtime skeptic of such findings, argues that they cannot be considered definitive.

to check whether the difference to be caused by biological factors, the researchers studied a lot of young people who became senior in the family after the death of an older brother or sister. Their assessment was, on average, the same as the biological firstborn.