Home Breaking Zakharov praised the words of the foreign Minister of Poland on the... 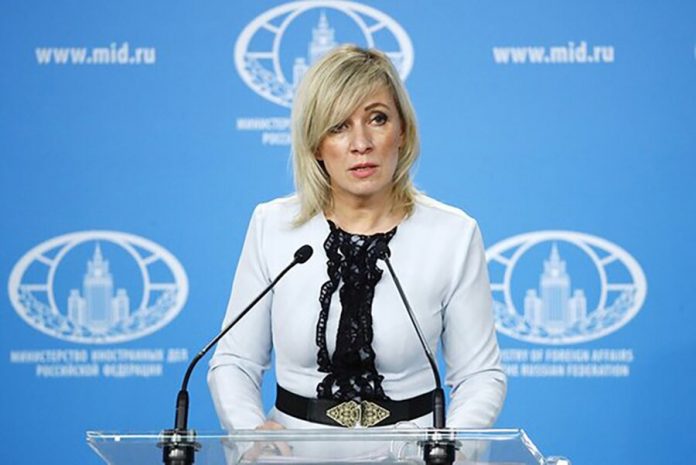 Official representative of the Russian foreign Ministry Maria Zakharova said the words of the foreign Minister of Poland Jacek Czaputowicz victory in a historic dispute with Russia.

“So I think everything Napoleon: Bonaparte and in the hospital”, – Zakharov wrote on his official page in Facebook.

foreign Minister of Poland Jacek Czaputowicz previously stated that the Republic won in a historic dispute with Russia. According to him, earlier, Moscow tried to impose their vision of history, but was not able to make this a reality.

Czaputowicz noted that since this time Poland and Russia needs to calm down and normalize Polish-Russian relations because they are neighboring States.

Earlier in the Polish foreign Ministry declared unconditional right to war reparations from Russia. Deputy Minister of foreign Affairs Paul Jablonski noted that this issue is under constant control.

Before that, Poland repeatedly argued that Russia is obliged to pay compensation for the damage in the Second world war.

According to a senior researcher of the RAS Institute of Slavonic studies Vadim Vorobeva, such statements say that Warsaw is still steeped in historical grievances.