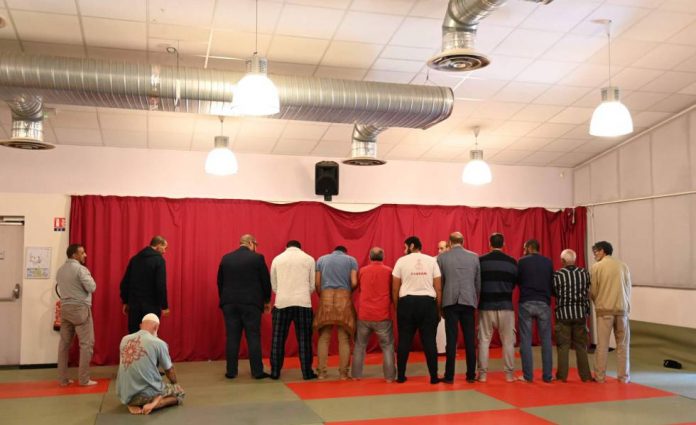 do you Discriminate against the secularist France to its muslim citizens? They believe that yes. 42% of French muslims, especially the women who wear the veil, has experienced some sort of discriminatory behavior throughout your life due to your religion, something that affects them in everyday life, from police stops to search for a job or housing, according to a survey published on Wednesday. The survey, the first carried out at the request of the French Government on this issue, it is known in the midst of renewed tensions and debates in France about the hijab, secularism and islamophobia, heightened after the attack against a mosque in Bayonne last week that left two people injured. Half a hundred public figures and politicians of the left have called to participate this Sunday in a demonstration against “islamophobia”, although even this concept divides to the left of the country.

The attack against the mosque, perpetrated by a former candidate right-wing, remains an exception in France. According to the latest report of the inter-Ministerial Delegation for the fight against racism, anti-semitism and the hatred of anti-LGBT (Dilcrah, for its acronym in French), in 2018 were recorded 100 acts of anti-muslim, the lowest figure since 2010.

Another thing is, however, the perceptions of muslims themselves, and the discrimination to which they are subjected in their day-to-day. And there the numbers are high: according to the survey conducted by the institute demoscópico Fifg for Dilcrah and the Foundation Jean-Jaurès, 42% of muslims living in France have suffered some type of discrimination throughout his life due to his religion. And it is not, underlines the survey, published by the daily newspaper Le Parisien, an issue of the past: the 32% of respondents say they have experienced this situation in the past five years.

beyond police checks (13%), the type of discrimination that most say they feel the muslims in France are related to the job search (17% on average, though among women who use veil, the figure rises to 28 per cent) or a housing (14%). In this last case, it is the muslims who occupy positions more skilled positions or intellectual activity— more so to say it (25%), which according to the secretary of State for Equality, Woman-Man, and the fight against discrimination, Marlène Schiappa, is the “observation of the failure of our integration model” and a situation that “nourishes the communitarism” because, “when people feel excluded from the republic, feel attracted to that are organized outside of the republic,” he told Le Parisien.

The veil, the motive for greater discrimination

The discrimination is, concludes the study, closely linked to the visibility of the adherence to the religious and, in this sense, it is the women who say they suffer much more than men (38%). The rate shoots up, especially among the women who wear the veil: the 60% of the “often” cover their head with any type of garment and they say they have been victims of at least one form of discrimination in your life, in good part (37%) it comes to insults or libel that is defamatory. But the rate is also high, 44%, among those who have never worn hijab.

it should Be noted that the survey was conducted between late August and mid-September, before the outbreak of the controversy surrounding the veil, in mid-October, and that conservative senators raise in the upper House a bill to prohibit passengers in the departures extra-curricular use of the hijab.

“just as has been observed with the jews who wear the kippah, the use of a religious sign visible as the veil increases among muslims, the risk of discrimination linked to islam, which confirms the close correlation between the exposure to a form of rejection and visibility of your religion,” the study reports.

The survey is known days before the convocation in Paris of a demonstration, this Sunday, “against the stigmatization of muslims in France”.

“for years, the dignity of the muslims and muslim is humiliated, at the mercy of the revenge of the groups most racist that occupy the political space and media French without take measure of the gravity of the situation,” according to the organizers, half a hundred public figures and politicians of the left as the leader of France Insumisa, Jean-Luc Mélenchon, the green Yannick Jadot or the excandidato presidencial socialist Benoît Hamon, in a tribune in Libération.

The call however has not led to unity on the left, the sector is more divided about secularism and islamophobia. The Socialist Party has announced this Thursday that it will not participate in the running when you consider that some of the organizers have called “the laws lay in force as liberticidas”. “The combat against the hate against the muslims must be that of the whole republic,” said the PS in a statement.