Home Breaking “A drunken leader”: how many times drunk Stalin 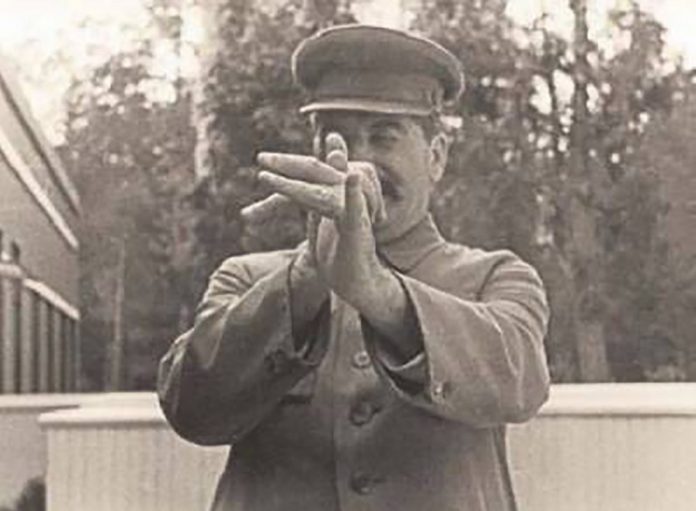 According to the recollections of staff personal protection of Stalin, Nikolai Vlasik and Alexei Rybin, “father of Nations” is almost never used alcohol. And if that happened, then Stalin preferred spirits of wine. However, the leader still had to watch it in “weightlessness”. The first time it happened at the celebration of the birthday of commander Sergei Shtemenko, and the second – in the Wake of Secretary of the Central Committee Andrei Zhdanov.

Hereditary alcoholic or a teetotaler?

according to some local historians, Stalin was to become a hereditary alcoholic. At least, Edvard Radzinsky, author of the book “Stalin. Life and death,” says the father of the chief, the shoemaker Vissarion (or Beso) Dzhugashvili never strain alcohol. Intoxicated Dzhugashvili, the eldest often raised his hand to the home. So, doctor N. Kipshidze recalled how one day a drunken Beso with such force threw his son on the floor that a few days urinated blood. Khan Moshiashvili, a friend of Stalin’s mother, was sure that such a life hardened Soso: “He was defiant, rude, stubborn child.” Moreover, the stories of Stalin, his father taught him to alcohol still in their infancy. Dzhugashvili dipped a finger into the wine and gave it to her to suck Joseph, lying in the cradle.

Therefore, it would not be surprising if Stalin had taken over from the parent’s addiction. Indeed at one time the future leader had used alcohol rather actively. For example, in the book “Burnt wine” Alexander Ushakov is a case where the young Stalin Lenin was summoned to Moscow. “I have received information that you are drinking: they drink and other solder. Can’t do that!” — scolded Dzhugashvili Lenin. Apparently, the years of Stalin settled down. That’s just a habit “to solder the other” the “father of the peoples” remained until the end of days. According to Alexander Ushakov, IOSif Stalin believed alcohol is a kind of “elixir of truth”, which unleashes languages, and Stalin might know that I think about it his subordinates really are.

in the Wake of Andrei Zhdanov

it is Clear that in order to see the “elixir of truth” in action, Stalin himself had to stay sober. At least, the former bodyguard of the leader Alexey Rybin in his book “Next to Stalin,” wrote that in the period from 1930 to 1953 the guards beheld the head of the country, as expressed by Rybin in the “weightlessness” only twice: in celebration of the birthday of commander Sergei Shtemenko and at the funeral of Central Committee Secretary Andrei Zhdanov. According to Rybin, Secretary of the Central Committee, which, according to Konstantin Zaleski, the author of the book “Stalin’s Empire”, signed the so-called hit list, Stalin treated with special warmth. Therefore, the Wake of Zhdanov, it was decided to organize Near the cottage.

the Commandant giving the eagles, whose words are quoted in the book of Alexei Bogomolov, “Kind grandfather Stalin. True stories from the life of a leader”, said that the sudden death of Zhdanov, Stalin was so shocked that he was crying incessantly and saying: “I am old, sick, alive, and he died. It would be better if I died, and he’d still be alive!” Molotov, seeing what’s going on with the leader, told the world not to let the drunken Stalin out if he wants to “water the flowers”. Then the head of the country was no longer young and easily caught a cold, and on the street that night it was raining. Starostin fulfilled the order of the Molotov. Here only Stalin locked the door so angry that he simply fired Starostin. The commandant and the rest of the staff barely managed to put the raging chief in bed. Sober the next morning Stalin invited the world to forget everything that happened the day before.

Curious Shtemenko and other facts in the life of a leader

nobody knows what exactly was used Stalin at the funeral of Zhdanov, however, according to the author of the book “Everyday life of the Kremlin at presidents”, Vladimir Shevchenkooggy preferred brandy and dry wine, which in the last years of his life he diluted with water. One of the first of this habit Stalin found out, apparently, Sergei Shtemenko, General of the army, the chief of the Operational Directorate of the General staff, at the celebration of whose birthday “father of Nations” and turned over. It should be noted that Shtemenko had with Stalin frequenter of feasts. Writes Lawrence Gudiev in the edition of “Stalin jokes…”, once Shtemenko furtively tasted the liquid from the carafe, which the leader all the time pouring in a glass of wine. The Countess turned ordinary water. Stalin returned to the table, grinned: “Strong waters?”

in Spite of such a Ruse, Stalin, according to the guards, the birthday Shtemenko still lost control of himself. However, the details of the celebrations in honor of the General, one of the historians and eyewitnesses did not announced. However, in many sources there are other episodes from the life of Stalin when he was drunk. So, Alexey Pimanov in his book “Stalin. The tragedy of the family” writes that in the night that Nadezhda Alliluyeva committed suicide, Stalin could not even understand what happened, because it was in a condition of strong alcoholic intoxication. Alexander Nikishin, the author of the book “Secrets of Russian vodka. The era of Joseph Stalin”, also claims that Stalin liked to drink. Alcohol was always present on the table of the leader. Another thing is that he drank in moderation.