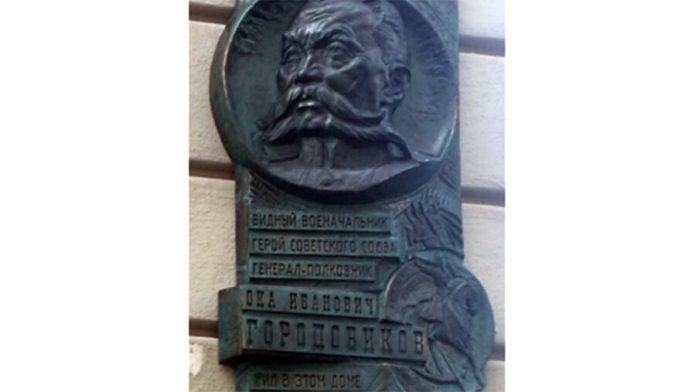 a Memorial plaque to the Hero of the Soviet Union oke Gorodovikovo opened on the house in the capital’s Arbat district, where the commander lived for almost 20 years.

As reported in the Department of cultural heritage, a commemorative plaque is located at the address: Bolshoi Rzhevsky pereulok, Dom 11.

Colonel-General, member of the First world, Civil and great Patriotic war lived in this house from 1938 to 1957.

it is a Sign established on the initiative of the Republic of Kalmykia and with the assistance of the Club of Heroes.

the Commission on monumental art has previously stated that the capital can appear a monument to the Soviet cosmonaut Alexei Leonov.