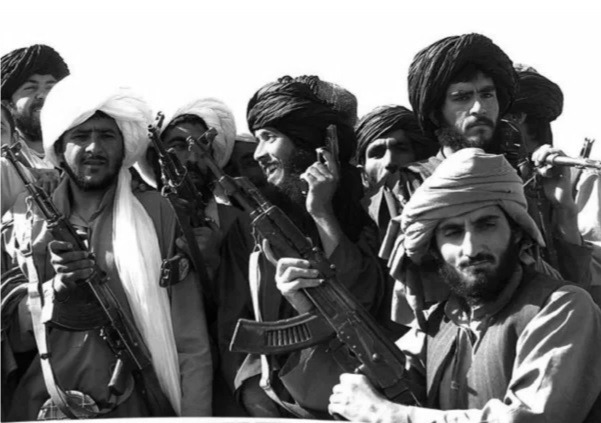 During the war in Afghanistan, the Soviet soldiers were forced one way or another to comply with the customs and traditions of the local population. But the real “Afghan Stirlitz” can be called Lieutenant Colonel Marcel Gabitova, which is 3 years played the role of Mullah Abdullah, a famous “spiritual leader” of the spooks.

By the beginning of the Afghan war, the native of Ulyanovsk, major Marcel Halilovic Gabitov, served at the Semipalatinsk test site. In 1985, after extensive training, he was sent to Afghanistan as political officer to work with a population of Herat province. In the book of memories “Hot winds” Gabitov called “a legendary figure”, which enjoyed great prestige among Afghans.

“As a rule, Marcel headed the campaign for the distribution of supplies to the local population, participated in all activities with local, wrote Colonel Nicholas Starodymov. – Said the head of Marcel, the leader of the local Mujahideen Turan Ismail has appointed a considerable prize. However, the locals took him under his protection. And because none of the spooks did not dare to action against Marseille”.

However, the work of a political officer, was only a cover for a more important mission Gabitova. Command knew that support among Afghans humanitarian hands – rice, kerosene and galoshes – do not buy it. Of great importance was the religious side of the war, which from the beginning has bet the leaders of dushmans. The Soviet regime, the Mujahideen called “godless”. Wedge, as you know, fire with fire. Among Afghans, the great influence was used by some Mullah Abdullah, looks strikingly similar to the Gabitova. At some point the real cultist replaced the Soviet major.

“Reincarnation” in Afghan was given Gabitova difficult. Although he grew up in a Tatar family, but religionand was indifferent. So, before sending to Afghanistan in addition to the local languages he had to learn the Koran and all the details of Islamic rituals. Gabitov says that cramming the material for 20 hours a day. Helped a lot by meeting with Mullah Abdullah, who was sunbathing on Soviet resorts

Double Mullah Abdullah, introduced on Wednesday the Mujahideen of Herat, had proved to them, based on the Qur’an that support the war is a sin before Allah. One day he hours read the Holy book, that at least at this time, the Afghans had stopped firing. Speech mullahs-the”peacemaker” troubled Western “instructors” on the bases in Iran and Pakistan, where Gabitov also visited. However, the Mujahideen, who loved sermons Soviet major, did not give his offense.

the Mission Gabitova continued until 1987. According to the testimony of Nicholas Starodymov, he managed to convince to move to the side of the government a few thousand Afghans. Arms folded 16 rebel bands. He Gabitov believes one of the main achievements recruitment field komandirski named rouse.

“listened to Her so as not listened to the man, and the transition from Rouse to our side, I think one of his main achievements. She was the terror of the Mujahideen,” said the veteran.

His personal friend Gabitov called the leader of the spooks of Shamsutdin, under control of which there were 38 villages on the river Hari Rud. His “Mullah Abdullah” personally taught reading and writing. Subsequently Gabitov arranged for the Afghan leaders a trip to Moscow and reception in the Kremlin. For his heroism officer human intelligence GRU Marseille Gabitov received the Order of the red Star. But Afghan President Najibullah rightfully awarded him the national order of Courage.