Home Breaking Albert Speer: what was the personal architect of Hitler 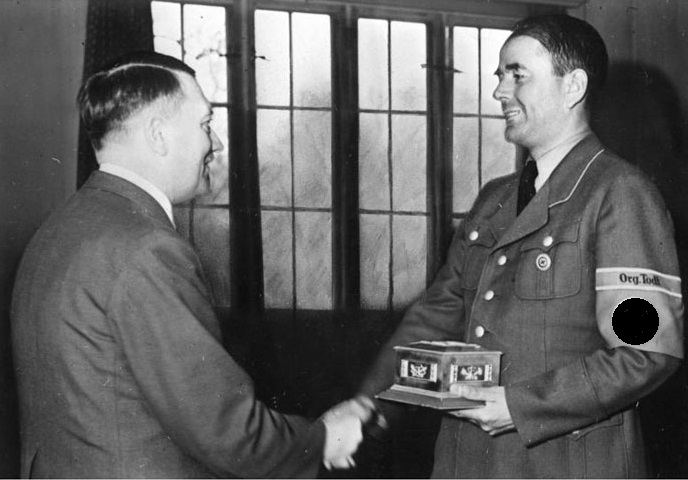 21/03/20 biography albert Speer: what was the personal architect of Hitler

the Third Reich could not exist without the support of the representatives of various spheres – not only political and military but also economic, social and cultural. Albert Speer was by profession an architect. However, he managed to become one of the most influential people in Nazi Germany and a confidant of Hitler.

Entry into the inner circle

albert Speer was born on 19 March 1905 in Mannheim. His father was a successful architect, and his son followed in his footsteps. After graduating from high school, albert studied architecture at the University of Karlsruhe, Munich, and then Berlin higher technical schools.

In 1930, in Berlin, Speer visited the rally of the national socialists, where he played Adolf Hitler. It the future Fuhrer made him such a lasting impression that soon the young man he joined the Nazi party. It opened in Mannheim’s own architectural office, whose main customers were the Nazis. So, in March 1933 on the instructions of Joseph Goebbels, the closest associate of Hitler, he rebuilt the building of the Ministry of propaganda.

Finally became acquainted with Speer and Hitler himself. He treated the budding devotee very favorably and appointed him as his technical assistant of architect Paul Ludwig Troost. Speer was engaged in the restructuring of the Reich Chancellery, the reconstruction of the headquarters of the NSDAP in Munich.

In January 1934 Troost died, Speer became his successor, and the personal architect of Hitler, entering the inner circle of the Fuhrer. In 1937 he received the appointment to the post of inspector General of the Imperial capital in the field of construction. In the tasks it was part of a radical reconstruction of Berlin.

From the architect to Minister

Still at the VI party Congress in Nuremberg was adopted by the cultural programme of the NSDAP. In notth said: “as we think about the eternity of the Empire, works of art, too, must be eternal; they must satisfy not only the grandeur of their conception, but also the clarity of the plan, the harmony of its proportions. These powerful works will become a sublime justification of the political power of the German nation”.

First of all, is related to the architecture. Albert Speer was drafted, “new Berlin”, which was enabled by 1950. According to him, on the Central axis of the capital was to accommodate the building of two stations, the town hall, soldiers of the Palace, the Opera house and the Chancellery of the Reich. The people’s house — main building of the Reich – was going to equip the dome with a 300-meter diameter and equipped hall with a capacity of 150-180 thousand people. Here the führer had a year to meet with the people. The huge dome was to symbolize the roof over the “center of the world”.

the Beginning of the General construction Inspectorate under the leadership of Speer by making lists of Berlin Jews to be evicted from the city. Many of them owned luxurious apartments in good houses, which the Reich planned to use for their own purposes. By the way, led by Speer’s office engaged in and the construction of concentration camps.

In 1942, the Fuhrer appointed Speer to the post of Reich Minister of armaments and munitions. He was able to significantly improve the performance of military-industrial enterprises by bringing in forced labour prisoners of war and concentration camp prisoners.

Later at the Nuremberg trials Speer claimed that in 1945, he prevented the execution of the so-called order.

Nero, under which all significant industrial enterprises were to be destroyed, in order not to be captured by the enemy. Also on the court, he was one of the few who admitted their guilt in the crimes of Nazism. Because of these circumstances, the former architect got a relatively mild sentence – only 20 years in prison.

At the time of his release in Berlin’s Spandau prison Speer has repeatedly filed appeals for pardon, but they were all rejected by the Soviet side. From prison, a former Nazi, was released on 30 September 1966. He has published several books of memoirs, which tried to portray themselves as “misguided idealist”, a typical technocrat and a highbrow intellectual who was not involved in politics, and was only following other people’s instructions.

Died albert Speer from a brain haemorrhage on 1 September 1981 in London Park Court hotel, where he, 76-year-old man, had a date with his mistress. It is unlikely that this man was indeed who tried to give themselves. When once asked what he would choose if he had the opportunity to start again, Speer responded: “I would like to live it all again: Shine, shame, crime and place in history.”