Home Breaking Alexander Kolchak: what was the nationality of the Supreme ruler of Russia 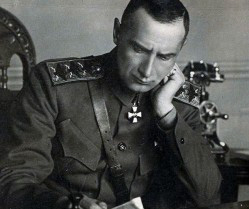 Biography 05/03/20 Alexander Kolchak: what was the nationality of the Supreme ruler of Russia

the debate about the nationality of the Admiral A. V. Kolchak associated with the origin of his ancestors: according to historical records, Russian military and political figure, scientist, oceanographer, polar Explorer and naval commander was a descendant of the Russified Turks (according to another version, Serbs-Muslims). The founder of the dynasty Kolchaks (great-great-grandfather of the future Admiral) – Ilias Pasha Kolchak, the commander of the fortress Khotin during the Russian-Turkish wars of the XVIII century.

the Name has come from mittens

according to the author of the book “Civil war: white and red” D. V. Michurin, “Kolchak” in Turkish means “the glove”. A distant ancestor of Alexander Kolchak Ilias Pasha, according Michurina, was whether Serb, or Croat who converted to Islam and rose in the Ottoman Empire to the vizier (Minister).

In the first half of the XVIII century the Russian troops stormed the fortress of Khotyn, vicar of which was Ilias Pasha Kolchak. The vizier, together with his son Mehmet Bey captured and taken to Petersburg, where their fate was decided personally by the Empress Anna Ivanovna.

it is Noteworthy that in the ode on the capture of Khotin Kolchak mentions Mikhail Lomonosov. Mikhail Vasilyevich in verse form tells about the favor shown to the Empress Turkish vizier: since you, Kolchak, surrendered to the mercy of the Russian state, now serve him so faithfully.

From Cossacks to naval commanders

According to the study N. F. Kovalevsky “History of the Russian state. Biographies of famous military figures of the XVIII – beginning of XX century”, Serbian Kolchak-Pasha Muslim faith entered the Russian service. However, D. V. Michurin argues that after the conclusion between Russia and the Ottoman Empire world Pasha together with his son received his freedom and wanted to return to Turkey. But after learning that they intend to execute as traitors, he changed his mind and remained in Poland, where IliasPasha Kolchak and died in 1743. After the departure of the Polish lands of the Russian Empire to the new homeland swore the son of makhmet Pasha Bay, which, in essence, went Russian born Kolchaks.

the First Kolchak with a Russian name Lukyan was the great-grandfather of Admiral A. V. Kolchak, who served in the Cossack army on the southern bug and distinguished themselves in another war with Turkey, for which he is under Alexander I granted a title of nobility and land in Kherson province. One of the two sons Lukyan Kolchak, John, the grandfather Alexander, had worked in the civil service. But all three sons of Ivan – Peter, Alexander and Basil (the father of A. V. Kolchaka) – chose a military career in the Navy. As says military historian N. F. Kovalevsky, father of Admiral Kolchak Vasily Ivanovich Kolchak in the Crimean war became a knight of St. George, was captured from the French. Subsequently, after graduating from the Mining Institute, major General of the fleet V. I. Kolchak became one of the most prominent experts of the time in the production of military weapons.

Kolchak was baptized in the Orthodox Church

Wife and I. V. Kolchak in 1873 became Olga I. Posokhova, which, as claimed by the Admiral himself, was a hereditary noble of the province of Kherson. Born in November of the following year, the first-born of Alexander Kolchak was baptized in the Orthodox faith, in Holy Trinity Church village Alexander of the St. Petersburg district. It should be noted that until the establishment in Russia of the Soviet regime in the passports of citizens of the non-existent column “nationality”, instead, it was “religion”.

the Admiral Alexander Kolchak, based on his autobiography and letters preserved, despite the far kinship with the Serbs (or Turks) have always considered themselves Russian Orthodox officer.