Home Breaking Ignatius Dzevaltovsky: the forgotten, the commander of the storming of the Winter... 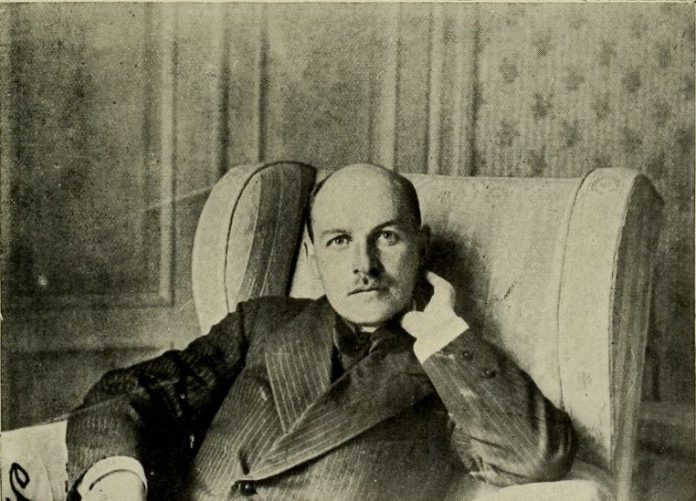 History 05/03/20 Ignatius Dzevaltovsky: the forgotten, the commander of the storming of the Winter Palace

In Soviet times, the history of the October revolution has been repeatedly amended, it was removed “inconvenient” for the authorities names. Among such “forcibly forgotten” characters were Ignatius Dzevaltovsky, one of the main leaders of the storming of the Winter Palace in Petrograd and the first Soviet commandant.

a Traitor from the South-Western front

Before the February revolution of 1917, the Polish socialist Ignatius Leonovich Gintovt-Dzevaltovsky did not play a significant role in the revolutionary movement. The rise of his career began on the wave of “democratization” in the Russian army, when 28-year-old Lieutenant-gentry was elected Chairman of the regimental Committee of guards Grenadier regiment, stationed in the South-Western front.

Dzevaltovsky no secret of his leftist views. In April 1917 he joined the RSDLP(b) began to promote in the regiment of Lenin’s theses. When, in June, to the front in Tarnopol arrived the Minister of war Kerensky, Dzevaltovsky presented him with the regimental a resolution demanding his resignation.

the name of Dzewaltowski bind entry of the Germans in Tarnopol when Grenadier regiment’s soldiers ‘ Council decision moved to the rear. Attempt to condemn Dzewaltowski in Kiev in September 1917 came to nothing due to the fact that in the courtroom broke into armed soldiers. Resented by the famous writer Vladimir Korolenko, who wrote that Dzewaltowski “mass of the soldiers imposing pressure on the court was released from a sentence for, of course, treasonous actions at the front.”

In the capital of Russia Ignatius Dzevaltovsky arrived in the rank of captain and then became a member of the Petrograd military revolutionary Committee. The night before the October revolution Dzevaltovsky, as recalled by witnesses, was actually in charge of security of the Smolny Institute, the seat of Lenin and his associates.

role in the storming of the Winter Palace

apparently, the glory of Zevallostion as the old “enemy” of Kerensky contributed to the fact that on the day of the uprising he was sent from Smolny the “front line”.

“on 25 October 1917 Dzevaltovsky was in command of the United group of soldiers and sailors advancing on the Winter Palace, that is, actually led the assault,” claimed the writer Inessa Lomakina.

In favor of this version says that on 26 October Dzevaltovsky was appointed commandant of the Winter Palace. The revolutionary told me that he was a commander in the fortress, where there were guns aimed at the Winter. Dzevaltovsky hosted the cadets defending the Palace, and advised them to lay down their arms. In the end, the cadets moved to the side of the Bolsheviks.

within a few years after the revolution, Ignatius Dzevaltovsky occupied different positions in the Bolshevik leadership, using the alias Yurin. He was the chief Commissar of military training institutions, people’s Commissar for military Affairs of Ukraine, head of mission of the far Eastern Republic in China. In February 1924 Dzevaltovsky went as a representative of the Comintern in Bulgaria. But in the USSR, he did not return, and instead in 1925 illegally moved to Poland, where his relatives lived.

This escape was a surprise for the poles and the former colleagues of revolutionary. The Polish press explained the action of Dzewaltowski disappointment in the Communist ideals and “homesickness”.

“I didn’t Have any enemies in the Bolshevik government. I don’t do conflict,” – emphasized “former Commissioner” in an interview with Vilna newspaper Following.

the Defector brought a lot of trouble to Soviet intelligence. In the autumn of 1925 the head of the foreign Department of the OGPU Meer Trilisser reported that using the information of Dzewaltowski poles “fail” Soviet agents in his country. There were rumors that soon Dzevaltovsky was eliminated by the KGB – he was allegedly poisoned in a cafe in Germany with potassium cyanide. Recently, however, researchers of the biography of the novelEPA Wojciech Cherniawski and Ludmila Voloshko found that Dzevaltovsky survived until 1935. In recent years he has worked as an officer and teacher of the Institute in Poland. Former commandant of the Winter Palace, died in Warsaw after a long illness.