Home Breaking Alexander Korobkov: why Stalin shot commander of the army in Brest 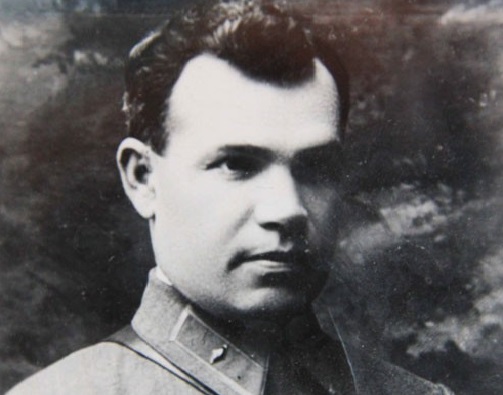 History 29/02/20 Alexander Korobkov: why Stalin shot commander of the army in Brest

major-General Alexander Korobkov was executed in the beginning of the war on 22 July 1941, however, as several representatives of the command of the Western front. Korobkov was accused of cowardice, inaction, and “loss of control of troops.” However, 16 years later, the commander was exonerated, not having found in its actions of structure of a crime.

Alexander Andreevich Korobkov was born in 1897 in the city of Petrovsk. His father was a wealthy, but a peasant. However, Alexander not only managed to get a decent education, but to grow to the rank of major-General. At first, the box had served in the tsarist army, and after the revolution joined the red.

He graduated from the military Academy in Moscow and quickly rose through the ranks. In 1941, Alexander Andreyevich had command of 4th army. In his memoirs, chief of staff of the same of the 4th army Sandalov, Leonid Korobkov characterized as active and to pedantry Executive commander.

At the beginning of the war, namely, in June 1941, the 4th army led by Korobkov leadership was located in the area of Brest. However, 22 of the same month the city was captured by the enemy. The army was ill-impact of the 2nd Panzer group under the command of German Colonel General Heinz Guderian. Soviet troops suffered huge losses.

However, despite the fact that the part of the surviving army Korobkov began to move away, the soldiers fight did not stop, but rather continued to battle. Alexander Andreevich was there as well and maintained communication with the headquarters of the Western front.

the Enemy took Slutsk, Bobruisk and Minsk. It was the collapse.

8 Jul 1941 Korobkova was taken into custody. In the result of investigation of the General accused of “cowardice, the cowardice and the criminal inaction”. So reads the order signed by Stalin himself. According to the prosecution, the command of the Western front fled, leaving scattered pieces of the 4th army without any guidance. This led to mass desertion and defeat.

the box Itself have expressed disagreement with these statements. In addition, the General explained to a consequence that the forces were unequal, and to do anything has been impossible. Later his point of view and confirm Leonid Sandalov, who 15 years later, when Stalin died, ask to rehabilitate Korobkova. Sandalov write about what the 4th army continued to exist even when the commander was arrested. In addition, the authorities of the 3rd and 10th armies in General was in the middle of nowhere and, unlike Korobkova, do not go to the link.

the Execution and rehabilitation

However, a month after the outbreak of war on 22 July 1941 the General-major Alexander Andreevich Korobkov deprived of all honored them with titles and orders, and sentenced to death. Execution delay did not and brought a death sentence.

In a warning and deterrence to others at the end of Stalin’s order stated: “… henceforth all violate the military oath, forgetting duty to the country, discrediting the high rank soldier of the red Army are all cowards and alarmists, unauthorized leaving combat positions and give weapons to the enemy without a fight, will be mercilessly punished with all the rigors of martial law, without respect of persons”.

In 1957 Korobkova rehabilitated, without having found in its actions of structure of a crime. All awards and titles were returned to him posthumously.

Featured articles Share: Comments Comments on the article “Alexander Korobkov: why Stalin shot commander of the army in Brest” Please andtoresults to leave a comment! br>
Share on Tumblr