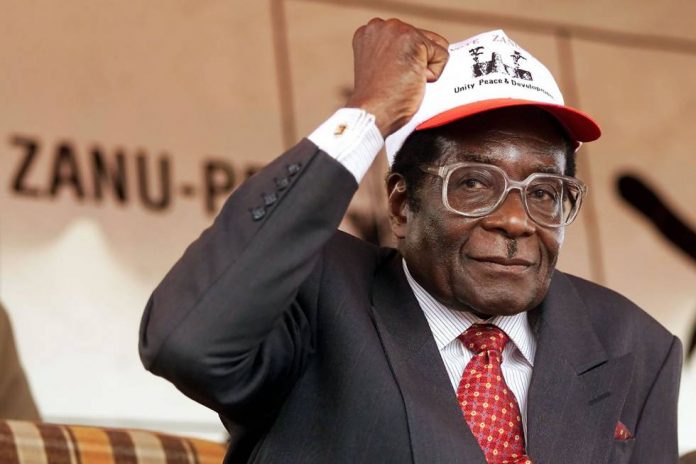 Robert Mugabe could have ascended to the pantheon of leaders from Africa, examples of ethical and political for millions of people. There are three huge: Kwame Krumah (Ghana), Nelson Mandela (south Africa) and Julius Neyrere (Tanzania), and two other revered as heroes for their fight for freedom and their premature deaths: Patrice Lumumba and Thomas Sankara.

Mugabe became head of a splinter of the guerrillas who fought for the independence of what was then called Rhodesia to the leader of a Government copy. Maybe because they had no alternative to the agreements of Lancaster House that resulted in the independence of the country. The covenant included the respect of the properties of the 4,000 white farmers, who had the best lands. The safeguard expired in 1999. Mugabe parked his revolutionary rhetoric (was prochino in the 70’s), leaving it for the great occasions, he advanced to his country and ruled from a pragmatism that dazzled the West. Did honor to his nickname, “The Chameleon”.

That first Mugabe, exemplary father of the fatherland, he died on 2 August 1998, after the failure of a military coup in Kinshasa, capital of the Democratic Republic of Congo (DRC), encouraged by Rwanda and Uganda, unhappy with Laurent Kabila, whom they had placed on the throne of Mobutu Sese Seko. That action triggered what Madeleine Albright called “world war africa”. Nine countries were faced divided in two sides. Mugabe chose the Kabila supported by the president of Angola, José Eduardo dos Santos.

it was Not selfless. Sent to 11,000 soldiers in exchange for mining concessions worth $ 200 million. The accounts never went out, even though the adventure cost your country a million dollars a month, because the income went into the pockets of Mugabe and his clique.

Zimbabwe was in crisis, as prices rose for gasoline, grew discontent and Mugabe lost unexpectedly in February 2000, the referendum for the constitutional reform, which was to replace the agreements of Lancaster House. I had just arise an opposition, around the Movement for Democratic Change (MDC) that put at risk the monopoly of power. Since then, the descent into hell. Unleashed the repression against the MDC, he ordered his veterans to occupy farms of the whites (were 400) and repressed with brutality from a state of permanent emergency. An exporting country of food started to go hungry.

The Chameleon, reduced to a caricature of himself, left power in November 2017, overthrown in a coup by palace led by one of their own, Emmerson Mnangagwa. Little has changed with the new leaders. The only thing they intended was to replace the unpopular main actor, fearing that a revolt will expel all of the stage.