Home Breaking Arrested a businessman after the death of two immigrants who had hosted... 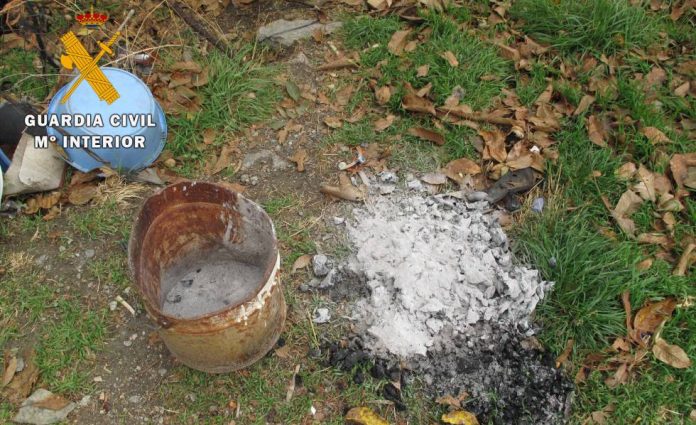 What appeared to be a gesture of solidarity has proved to be an abuse against two workers who had finished in tragedy. The Guardia Civil have arrested Eduardo G. L. by having to work without a contract to two brothers from Senegal who was staying in a farmhouse in the Sierra de Yegen (Granada) in which there was no light nor water, nor had the minimum conditions to be inhabited. The Guardia Civil accusing the detainee of a crime against the right of workers after the death of both.

The two brothers died last Wednesday at the cortijo by inhalation of carbon monoxide from the campfire they had lit to keep warm. Both were in Spain in an irregular situation, as reported by the Guardia Civil. The victims were almost two months working on the collection of tomatoes and green beans in the planting of the detainee. They charged 45 euros per day that the employer deducted for food and lodging. A spokesman for the Civil Guard has clarified that the detention of Eduardo G. L. has not been for the death of the two brothers, but by the fact of having them without a contract, and housed in appalling conditions.

On the morning of last Wednesday, Eduardo G. L. called the Civil Guard to the middle of the morning to warn that in a farmhouse on his property had died, two persons who had stayed a couple of days for a charity, because they had been found wandering by Yegen and he had sought shelter. He argued that “they had no where to go and it was bad weather”. The research has confirmed what the people already knew: that version does not match reality. Nor was it a host altruistic nor were unknown. Working with him since September, reaping the harvest of his farm and had them housed in those conditions all the time, taking advantage of their irregular status.

in Addition, what happened on the morning of Wednesday, when the Civil Guard was informed of the deaths, nor is it similar to what Eduardo G. L. referred to the agents. He told them that he had passed by the cottage mid-morning to visit their tenants, and that was found with the two bodies. The reality, according to the Guardia Civil, is that a third brother of the deceased –which also worked without a contract for the employer and who lived in similar conditions in a sort of cave next to the cortijo– discovered the bodies in one of the two bedrooms of the house about six in the morning. At that time, warned Eduardo G. L. who, immediately, went to the place. The employer urged the brother to leave the cortijo to not stop the Civil Guard due to lack of documentation. Taking advantage of that situation, according to sources close to the case, the entrepreneur walked away to those who could tell the truth to the agents, and what drove her to take a bus that would take him to Roquetas de mar (Almería), where there was a fourth brother.

José Antonio Gómez, mayor of Alpujarra de la Sierra –City that it depends on Yegen– , it has been reported that, according to their information, there could be more workers in the farmhouse that night, even though this is a fact that does not confirm the Guardia Civil. The mayor has explained that “the carbon monoxide poisonings are frequent in the area: “Every winter we have a case or two of people who have died for it.”