Home Breaking As will be noted in Moscow 160 years since the birth of... 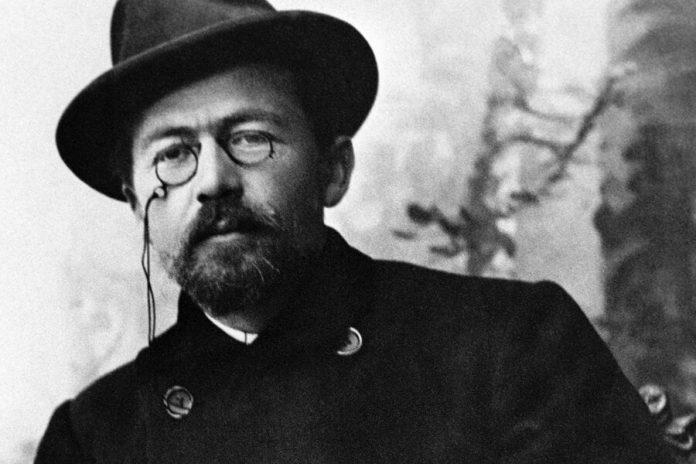 Dozens of events dedicated to 160 anniversary of the birth of Anton Pavlovich Chekhov, have prepared for Muscovites the Metropolitan cultural centres and libraries, the portal of the mayor and government of Moscow.

“Almost a month in libraries and cultural centers of Moscow will go to a special program for the anniversary of Chekhov. It is designed for both children and adults. Planned dozens of events: literary evening, watching your favorite film adaptations, theatrical performances, quizzes, lectures,” – said the Deputy mayor of Moscow, Natalia Sergunina.

Sergunina said that the thematic events will be held in Moscow from 29 January to 25 February.

on the day of the birth of a classic, January 29, will host most of the events.

So, in the library № 4 named after E. A. Furtseva visitors are offered to participate in virtual excursions “A. P. Chekhov. Touches to the portrait”, which is dedicated not only to the life and work of the writer, but his favourite Moscow places, and also details the daily life of the writer.

it is Reported that a virtual tour will be moscove member of the Association of guide-interpreters and a member of the “media Tour” Lyudmila Bibin. A virtual trip is scheduled to begin at 19:00.

Also on January 29 in the library No. 245 will be organized literary meeting “the Artist of life”. Visitors will be able to know what was said about Chekhov and his famous contemporaries. In addition, the library will hold a competition “Reading Chekhov,” where guests can try themselves as actors. It starts at 13:00.

In the library № 20 named after A. A. Delvig at 10:00 will be held a literary game for kids, based on humorous stories classic.

the Library named after A. P. Gaidar has prepared stories about the life and work of Chekhov, as well as familiarity with the most famous film adaptations of the great works of the classics. The beginning of the program scheduled for 15:00.

Literary-musical evening was prepared for itstheir guests library № 8 named after A. P. Chekhov. The program will include music by Russian composers performed by artists of the Moscow theater and the arts universities of the capital. In addition, guests will hear poems by contemporaries of Chekhov, Ivan Bunin, Alexander Blok, Valery Bryusov.

Library No. 131 planned the presentation of the project “Theatrical environment”, which will take place the performance “Cestovanie”. Beginning at 19:00.

the Play “Funny Chekhov’s stories” will show in the library No. 206 I. E. Zabelin.

30 Jan cultural center “Leader” in 15:00 organizes a lecture about the life and work of the writer for schools.

In the library No. 246 at 17:00 guests will receive a literary program “And you know… So I want to live!”. The participants will discuss the play “the Seagull”, “Three sisters” and “the Cherry orchard”,and can also take part in a quiz on knowledge of the biography of Chekhov.

the Central library named after N. And. Nekrasov invites Muscovites on 30 January for a lecture “Russian writer on rendezvous: Anton Chekhov”. The organizers warn in order to participate in the lecture, you must register on the site.

In the House of culture “Mayak” will take place musically-a literary concert. He will devote two anniversaries: 160th anniversary of Chekhov’s birth and the 120th anniversary of the birth of poet and songwriter Mikhail Isakovsky.

celebrations in honor of the 160th anniversary of Chekhov’s birth will continue in February.

In the memorial Museum and scientific library “Gogol House” in the framework of the project “film environment” will be held viewings of film adaptations of stories, plays, and novels of Chekhov.

8 Feb library No. 115 there will be a theatrical evening “Laugh together with Chekhov”.

on 25 February in centre of culture and creativity “Bliss” will be organized master-class “In the rhythm of Chekhov”, which will be a OTKryty the lesson of the theater-Studio “Artist-you are.”

Earlier it was reported, in cinema network “Moschino” free will show films based on the works of Anton Chekhov. To see the pictures will be from 27 January to 2 February.

Musictory: mysteries of the life and work of Francis Scott Fitzgerald