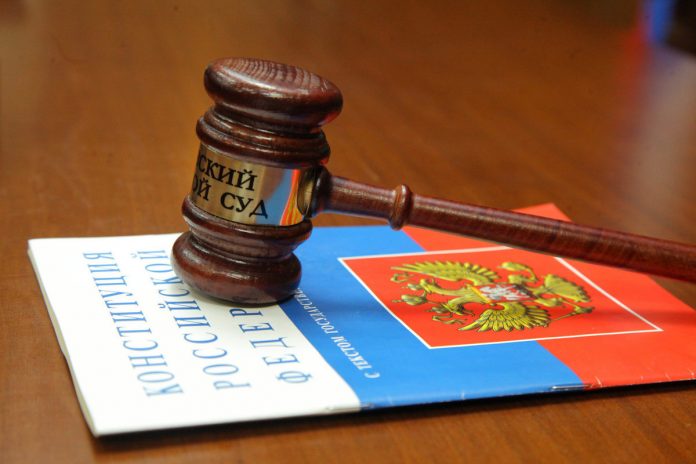 the amendment Procedure fully complies with international practice and the recommendations of intergovernmental organizations, argue the report’s authors. They refer to the position of the Venice Commission that the amendment bill should ideally take place first through the national Parliament and the plebiscite should be held after the parliamentary procedures.

“the Legislation of the Russian Federation to date have involved only two mechanisms for changes: approval of amendments elected by the people representatives (represented by the parliamentarians of the Federal Assembly and regional parliaments) and appointed by decision of the constitutional Assembly of the popular vote, – is noted later in the report. – Other procedures of direct expression in the Russian constitutional process was not fixed, and it appears that the procedure of the nationwide vote can logically fill the gap”.

unlike a referendum, which is a self-contained procedure, all-Russian voting, says the work is “an integral part of a multi-stage mechanism of approval of the amendments, along with approval by the Federal Assembly, regional parliaments and legal conclusion of the constitutional Court”.

the Authors recall the history of the emergence of the current Basic law. According to the presidential decree of October 15, 1993, the draft Constitution was submitted to a popular vote. But his vote was spelled out in the decree, the rules in force at the time of the RSFSR law “On referendum” was not used.

“For all the years of the Russian Constitution, remarks on the text of the Basic law were many, but to date no one, especially the critics of the nationwide vote, approve that the current Constitution in force of this reason is illegitimate”, – stated in the report.

a Similar argument the authors use, examining criticism of the “package” principle of the amendments: “note that in Relosenii the current Constitution in 1993, no one questions that the vote should have been held on each article separately.”

Model of voting for each amendment individually difficult to implement even technically, since we are talking about more than 100 amendments to various articles. But the main problem lies elsewhere: “In this case, the results of the vote needed to correlate the results obtained with the integral structure of the resulting document was not rejected by individual items which are part of a larger site, and not whether it led to the destruction of the systemic nature of the provisions of the Constitution… the Constitution introduces comprehensive changes, making changes to one article in most cases directly related to changes in another.”

According to the authors, the national voting in its current approved form “acquires the character of a veto power, and occupies an intermediate place between the approval of Parliament and by referendum”.

the report also noted the open nature of the discussions on the constitutional changes: “the working group on preparation of proposals on introducing amendments to the Constitution of the Russian Federation, formed January 15, 2022, provided extensive expert representation at the stage of the development of the amendments. In addition, the work group provided the opportunity to offer their amendments to citizens and organizations, which in the normal law-making activities are not subject to legislative initiative. The working group received more than 1,000 proposals… Breadth and depth of public debate around proposals is not subject to doubt.”

Much to the work given to the organization of the vote. “The statutory procedure of the Russian vote, including the organization of public supervision, are reasonably sufficient to ensure control of the voting process and the rights of citizens to distribute and obtain information, – say the authors. – Laying rights onlimit order and procedure for the appointment of observers on Public chamber of the Russian Federation is a positive novel, efficient… the statutory right of public chambers to observe the nationwide voting consistent with applicable law on public control”.

the report’s Authors draw attention to the fact that the chamber has simplified the procedure for the submission of lists of candidates and significantly reduced the list of required documents. Furthermore, there is no limit limit to the number of observers in the area.

Flawless, according to experts, and the information component of the constitutional process: “the Proposed form of information in preparation for a nationwide ballot were provided and provide the widest possible opportunities for public debate… Those informing authorities have a duty to uncover the meaning put to a nationwide vote changes. Otherwise, information would be incomplete and did not reach a certain legislator goals of informing the full amount on the subject of voting. It does not apply, for example, the concept of “indirect campaigning” – this rule restricts the right of citizens to information”.

Special praise report was awarded to the Central election Commission, “Approved by the Central election Commission of the Russian Federation the voting procedure contains a number of bushpresidentgovernmental measures aimed at ensuring the right of citizens to participate in the national vote.” As an example, is provided, for example, “this novel, as the possibility of early voting outside the polling station”.

Certain questions from the experts is, however, the possibility of using the mechanism of e-voting: “This procedure carries certain risks, primarily relating to the protection of transmitted data”. But here, they are full of optimism: “In Russia, fortunately, there are no examples of unauthorized interference in the mechanisms of electronic voting. And, of course, will be sought new ways of ensuring data protection”.

Not waiting for the report and any problems with the honesty and precision of counting: “Established safeguards to prevent possible distortion of the will of citizens during the voting and tallying presented enough”. However, the “possible additional strengthening”.

Experts do not see a constructive position in the most part of critics of the proposed procedure: “is it Not better to suggest additions, if any component looks unclear and not to engage in bureaucratic chicanery”. They themselves claim they are associated including the desire to “make common cause with foreign foes strengthening sovereignty of the Russian state”.

However, the plans of the geopolitical opponents are doomed to failure. “The right to decide what should be the Constitution, what should be the order of change belongs exclusively to the citizens of Russia”, – sums up the report’s authors.