Everybody knows that nobody does sports like the United States and the one that attracts the biggest global following is the NFL.

Between the 32 teams in the league they have more spectators through their gates in a year than any other sports league in the world and here we look at the 10 biggest stadiums in the NFL.

Kicking off our top 10 is the home of the Houston Texans. The stadium, which was the Reliant Stadium up until 2014, underwent a $352m redevelopment that saw the addition of a further 1,100 seats. That wasn’t all though, the owners also had near on 200 suites added along with the ability to break the 80,000-capacity mark for special events.

The real claim to fame for the NRG stadium though is its retractable roof. It can be closed in just seven minutes and was the first of its kind in the NFL.

Alright, this stadium might struggle to compete with some others on the attendance front but how many of them put a roof over a homeless person’s head? The Mercedes-Benz Superdome hit screens worldwide back in 2005 during the tragic battering New Orleans suffered from Hurricane Katrina.

Even the Saints’ home was worse for wear after that, but extensive refurbishment saw them back there for the 2006/07 season. Since then, the stadium has maxed out at 78,133 – for Wrestlemania of all things.

The Carolina Panthers might find their stadium eighth on our list but after five expansions in the past 25 years it wouldn’t be a huge shock to see them moving further up in the coming years. That said, the stadium is yet to have a full house for a football game with their peak attendance falling a thousand seats short.

The development, which initially took place in 1996, was seen as ground breaking and its recently been confirmed it will be the home ground for Charlotte FC when they join the MLS in 2022.

A capacity of 76,125 doesn’t put Empower Field at the top of the size rankings but the fan base of the Denver Broncos are well known for generating one of the most intimidating atmospheres in the NFL. That combined with the high altitude – the city sits at some 5,280 feet – stacks the NFL betting odds against the away side when they make a trip to Colorado.

It’s one of the toughest away days there is. The Broncos previous home, Mile High stadium, actually had a slightly bigger capacity at 76,273; it’s fair to say that’s not exactly what you expect when shelling out over $400m.

Forget capacities, the Kansas City Chiefs are all about the volume. Their 76,000 strong crowd hold the Guinness World Record for the loudest noise recorded at an outdoor sporting venue; the volume was recorded at 142.2 decibels.

Consider the fact that exposure to 110 decibels for two minutes can cause possible hearing loss and you can start to image the buzz at Arrowhead on that night against the New York Giants back in 2014. Remarkably, the 76,426 available seats is the lowest capacity the reigning Super Bowl Champions have ever had available after renovations in 2010 trimmed it down.

The LA Rams’ home arena cost less than $1m to build although that was almost a century ago. It opened its doors for the first time back in 1923. Since then, it’s had a whopping 17 different tenants with the Rams the second longest serving behind NCAA outfit the USC Trojans, who have been there since day dot.

The ground has been through eight redevelopments during its 97 year existence with today’s capacity crowd of 77,500 not coming close to the all time high of 105,000 from the late thirties. The history books beckon too with the stadium set to host the Olympic Games in 2028; it will be the third time, which is something no other stadium can compete with.

The Dallas Cowboys had spent nearly four decades strutting their stuff at Texas Stadium before that came to an emotional end in 2008 when the AT & T Stadium was built. It cost a pretty penny too at $1.3bn but it did represent a 22% increase in seated capacity. On top of that, it has been smartly designed to allow expansion through standing.

The record attendance for a Cowboys game there is 105,121. The owners aren’t shy about recouping their mammoth outlay either because parking alone can cost you up to $75. They want to start winning some games at those prices!

Everything about Green Bay’s stadium is class. It’s named after a former player and coach in Curly Lambeau, it’s on a street named after another of their legends – Vince Lombardi – and they’ve been the only ever occupiers, which means they’ve been there some 63 years. Nobody in the NFL has maintained such a consistent run in one place.

Don’t think it’s dated though because substantial work has been done to enhance the offering with two renovations and nine expansions having been completed. The latest was in 2013 and added circa 7,000 seats.

FedEx Field would have topped this list a decade ago; instead a combination of a poor match day offering and an underperforming team saw demand for tickets drop. They chose to chop 9,000 seats.

Although, we should caveat this because with eight capacity changes in just over 20 years it’s quite feasible another change is on the horizon especially if Washington can find success under their new name having dropped the controversial ‘Redskins’ prior to this season.

The ground has also hosted some of the biggest clubs in world soccer including Manchester United and Real Madrid.

Finally, we come to number one on our list of the biggest stadiums in the NFL and, drum roll please, it belongs to both the Giants and the Jets. That’s right, the MetLife Stadium is the only stadium in the NFL that is shared by two sides who actively compete with one another. Although the $1.6bn stadium is home to two New York teams it’s actually located in New Jersey.

The cost involved in the 2010 build are eye watering – it was the most expensive build in American sports history – but the ground has been well received with multiple awards including recognition for how ‘green’ it is and for the general experience that is delivered at the venue. Deservedly number one for multiple reasons.

There you have it, the biggest stadiums in the NFL. And you want to know more facts about the NFL, check out BetAmerica’s list of the best quarterbacks of all time: https://extra.betamerica.com/nfl/top-5-quarterbacks-in-nfl-history/ 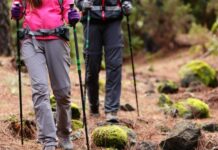