Home Breaking Blame the Cossacks in the defeat of the whites in the Civil... 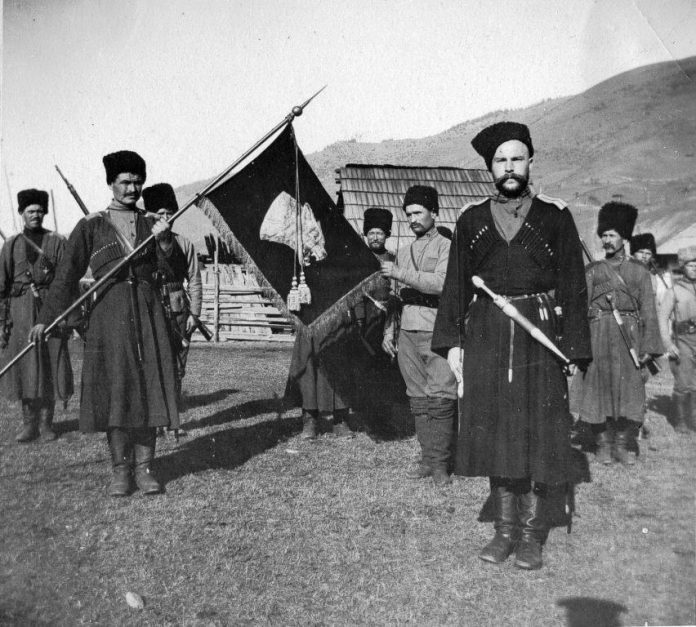 Cossacks were the main mass base of the White movement. They rebelled against the Soviet government and freed the territory that was used and then the white guard armies for its deployment. No Cossack resistance would be unable to place the White movement in General.

nevertheless, during and especially after the civil war white guard memoirists, especially those of major generals (A. I. Denikin, P. N. Wrangel, A. S. Lukomsky, etc.), as well as civil and political advisers of the white guard leaders (K. N. Sokolov), was presented to the Cossacks claim that they did not share the goals of the White movement, did not want to end the war with Bolsheviks, led their game and, ultimately, helped defeat the White matter.

In may 1918 on the territory of the don army joined the German army. This immediately gave impetus to the revolt of the don Cossacks against the Bolsheviks. With weapons delivered by the Germans (it was, however, captured weapons of the Royal army), the don Cossacks had driven the Bolsheviks from the area and declared their Cossack state. At its head, in the position of the military chieftain, was a major-General P. N. Red.

“Vsevelikogo don army”, as was nicknamed the new state, declared that his independence is only temporary, until the restoration of a unified Russian state. However, it was understood that in the new Russia don have to login as an Autonomous territory, with many institutions of their own state.

Krasnov has always been and remained a monarchist, a supporter of the unity of the Russian Empire. However, in this situation, as he later wrote, he was obliged to take into account the mood of the Cossacks. Those not eager to liberate Russia, and wanted to get to theirth earth. Krasnov knew that the Bolsheviks will not allow the Cossacks have to fight, but considered it impossible to impose these goals all the Cossacks as long as they do not understand. Therefore, the main role in the fight against the Bolsheviks in all of Russia Krasnov intended to impose on the volunteer formation. He began to create for the future “March on Moscow”, the volunteer army under his own leadership. It is absolutely no hiding the monarchical ideology of these armies.

In the situation when German troops occupied part of the don and all neighboring Ukraine, Krasnov has built its policy on cooperation with Germany. He even sent an Embassy to the Kaiser Wilhelm II. Cooperation was not cumbersome to don. Germany at that time, gave him practically nothing. But in exchange for their loyalty to the red the Germans got a rather large shipment of arms. Third he honestly passed the Volunteer army of General Denikin. Earlier, during world war II, Krasnov regularly performed their duty in battle with the Germans.

For General Denikin and his environment by partnering Krasnov with the Germans was unacceptable. Denikin did not want to ignore the obvious: that only by this collaboration provides logistics and supply his own army. Denikin has consistently pledged its loyalty to the Entente. And most importantly: he wanted, on behalf of the “United, indivisible Russia,” to be the leader of all Russian anti-Bolshevik forces. On this basis, he invariably demanded Krasnov political subordination.

Differences of the two leaders led to the fact that they have to act in opposite directions. In the summer of 1918, instead of helping don and subsequent March on Moscow (or connections with the white armies of the Volga region and the Urals), Denikin went to the South be freed from the Bolsheviks of the North Caucasus.

After Germany’s defeat and the arrival of the ships of the Entente in the southern Russian ports and in the new offensive of the Reds, Denikin, with the help of British and French emissaries, managed to “persuade” Krasnov. That in January 1919 he was forced to issue an order of submission of the Cossack troops of the don “the chief of the armed forces in the South of Russia”, i.e. Denikin. However, Krasnov is not saved from dismissal, which in February sent him the don Cossack Assembly (Parliament).

the Conflict between dictatorship and democracy

unlike the don, the Kuban Cossack immediately recognized the military rule of Denikin. But stubbornly defended their political independence. In the Kuban, in contrast to Dona, on the contrary, there was a strong leftist, democratic sentiments. In addition, Kuban sympathized with the related independent Ukraine. Kuban Rada immediately adopted a Manifesto, in which he expressed the desire to build a new Russia on the basis of Federation. The Federation was unacceptable to Denikin. He believed that it is contrary they professed the principle of “one indivisible Russia”.

during the summer and autumn of 1919, there were constant consultations between representatives of the General command and the Cossack regions on the subject of differentiation of civil authority. The representatives of Denikin (leaders of the liberal cadet party) tried to force the Cossacks to give up most of the attributes of their independence, sought to centralization and concentration of power in the hands of political organs of the high command. Cossacks as stubbornly defended their right to the recently acquired in fact autonomy.

the Conflict between the General command of the Kuban Rada resulted in its dispersal in November 1919, and several members of Parliament, was hanged by sentence of court-martial. This did not lead to the desired consolidation, it was hoped Denikin. On the contrary, the Kuban Cossacks began in large numbers to desert from the army.

the Cossacks in the mass bravely and selflessly fought for the liberation of their land. It has always recognized all of the witnesses. But the same Cossacks not so willingly went to war with the Bolsheviks outside of their regions. Especially a lot of pretenserd spoke to the Kuban, whose area from the end of 1918 which was in the rear of the white armies.

the Source of this behavior Cossacks was not what a folly or fatal peacefulness of the Cossacks against the Bolsheviks (who 25 January 1919 issued a decree about the extermination of all the Cossacks). The purpose of the White movement, its leaders declared, only partially coincide with the political aspirations of the Cossacks. Cossacks appreciated the newfound freedom, and they did not relish a return to the orders of the Russian Empire.

the Whites blamed the Cossacks unwillingness to fight for the “United indivisible Russia” and in undermining the political unity of the White movement (by which they understand the obedience of the Cossacks of the white leadership). But apparently white himself would have to take into account the political aspirations of the mass support of their own Affairs.