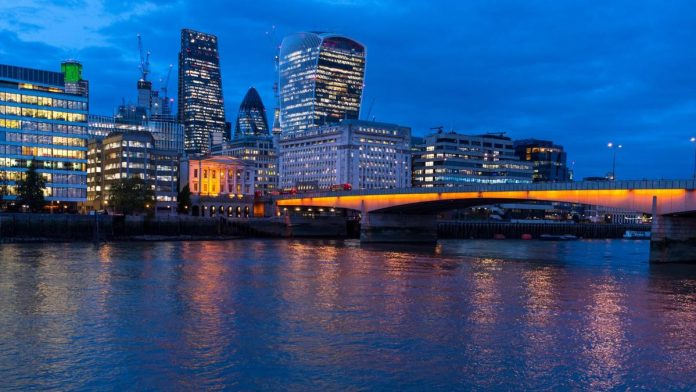 Britain’s businesses can’t wait any longer. In view of the continuing uncertainty about the outcome of the Brexit-negotiations, they see to be forced.

According to a recent survey by the industry Association, CBI, 19 percent of all companies have implemented their contingency planning for a hard exit from the EU by the end of March already. By the end of November a further 39 per cent will follow, to the end of the year it is expected to be 82 percent.

To include the already implemented crisis preparations for the removal of jobs, the relocation of production and services abroad, the adjustment of supply relationships and the development of additional warehouse and stock, according to the CBI.

The majority of these measures is permanently designed. “The reality has overtaken the speed of the negotiations for a long time”, says CBI Director Carolyn Fairbairn.

A consultant who advises credit institutions, confirmed that many companies have already acted. “Roughly about half of the companies have appreciated in the financial industry Brexit-preparations are fully implemented,” including the relocation of Jobs, he says. The Rest will be no later than the end of the year so far.

The time when he began at the latest with the preparations for a hard cut in the relationship between the UK and the EU27 had to be, had delayed many companies for a long time. This was to avoid unnecessary effort and additional costs.

Long as you had hoped, at the latest EU summit last week will finally bring clarity on how the separation developed and the future relationship will look like. However, this date remained without result.

The uncertainty of whether in the crucial Ireland-a question of convergence can be achieved, and these prevail in the UK, politically, is more likely to become still greater.

Hope to reach agreement at the last Minute

“at this stage (of negotiations), nobody can wait in our industry, until certainty on the next steps, before he makes decisions,” says Miles Morgan Rothe, CEO of TheCityUK, a trade Association for the financial sector.

The Brexit-time plan makes an agreement before the next EU summit in mid-December is unlikely. However, in political negotiations, an agreement in the last Minute is not unusual. The credit insurer Euler Hermes grants her currently is a probability of 70 percent.

But “for companies, this is like a Blind Date’, because you will not know until then, what you expected,” Hermes says Ludovic Subran, chief economist at Euler. Positive Surprises are possible as well as negative.

Prime Minister Theresa May tried on Friday to personally, to convince companies that an agreement was in sight. In a telephone conference with 130 company leaders, including representatives of Aston Martin, Diageo, EY and Tesco, explained the current status of the negotiations.

It came out little that is New, however, participants welcomed the exchange as a Signal that the Worries of the economy would be taken seriously.

the effects not only on the relocation of jobs and production, explained CBI Director Fairbairn. For four-fifths of the companies, the insecurity have also had a negative impact on investment decisions.

Fairbairn pointed to a handful of cases, of which the Association got to know: A group from the fashion industry who have made a 50-million-pound Investment (EUR 57 million) for a new production on the island until Further notice, a producer of specialty plastic, the have cancelled an investment of seven million pounds. “A lot of companies will not make these decisions public, but their impact will be felt in the coming years, in a lower economic performance.”

Minette Batters, President of the National Farmers Union, the Association of agricultural economy, prepared by the end of the summit, an urgent conversation on the highest level of government to the Concerns of their industry again. “The ability to, without a Deal to get off, for British agriculture is inconceivable,” she says.

In addition, the reactions to the disappointed expectations remained largely behavior. “Actually, really said it all, and again and again,” complains a senior representative of an industry Association. In the country, the concept of “Brexit-Fatigue power for weeks,” the round.

Despite regular alerts and in many cases already completed emergency plans for small businesses are considered as ill-prepared for the Brexit. According to the latest Figures from the British chamber of Commerce, two-thirds of these companies have made no preparations and are planning nothing of the sort.

This will be stated in terms of personnel and financial restrictions, in addition to a great deal of uncertainty as to exactly how the individual companies could be affected.

Almost six million of these small farms on the island. Your Brexit-fate is now more in the focus. The CBI has recently called for a Central Brexit-point of contact for these companies in the coming budget, a Budget approved, should be.

so Far, companies are invited to contact the competent ministries – the point is often several times more. The Institute of Directors also for a state voucher solution to the cost of analysis and advice to absorb.

in view of the almost 160 days remain until the Brexit-day, is likely to align the initiatives, however, hardly anything.