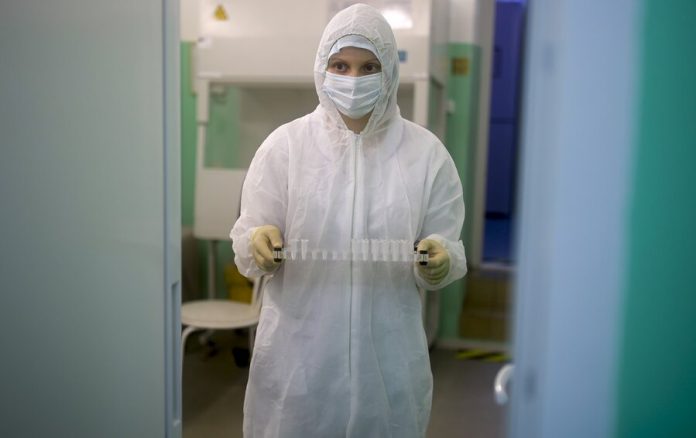 Among people infected with coronavirus on the cruise liner Diamond Princess is Ukrainian. He was evacuated from the vessel and hospitalized, reports RIA Novosti news Agency the words of the Director of Department of consular service of the Ministry of foreign Affairs of Ukraine Sergey Pogoreltsev.

“There is one infected citizen of Ukraine, a member of the crew of a cruise ship which is at anchor off the coast of Japan. The identity is established. Placed in the hospital. The condition is satisfactory”, – stated in the message.

it is Noted that the situation is under the control of the Minister of foreign Affairs and the Embassy of Ukraine in Japan.

Earlier it was reported that the number of people infected with coronavirus on the ship in Japan exceeded 60 people. The ship with nearly 4 thousands of people on Board is in quarantine, which will last at least until February 19.

it is Known that cruise ship Diamond Princess has set sail from Yokohama on January 20. Among the passengers was a citizen of China, which was identified coronavirus. Despite the fact that the part contracted pneumonia Chinese citizens evacuated to shore, the virus continues to spread through the ship.

On Board there are several Russian citizens, including two children. None of them the disease has been identified.