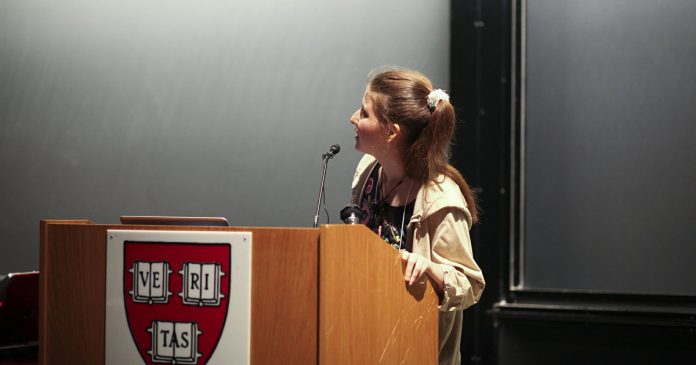 this Internet-pirates hunt and the U.S. Department of justice, and a crowd of angry publishers with big legal muscles.

But is she really a Russian spy? Or is it just slander a man who is fighting for the freedom of research?

the Information base of many Swedish universities have been hacked in connection with the activities of the pirate library Sci-Hub. This site was created by the Kazakh activist and programmer Alexandra Elbakyan, which is called the Robin hood, the Edward Snowden of the scientific world.

Major publishers, which produce journals and writings for many years hunting for her, accusing of copyright infringement, because it helps people to read their publications for free, and bypass the subscription. The new York court in the summer of 2017 ruled that she must pay $ 15 million compensation to one of the world’s largest scientific publishers, Elsevier.

But while the publisher received nothing, because Elbakyan on the court was not present, and no property or assets that could be confiscated in the US it does not.

her Place of residence is not known, but interviews she gives only through encrypted chat. To confirm that the other end of chat is really Alexandra Elbakyan, she sent a short video and, as agreed, left a message in one of the side menu of the website Sci-Hub.

“I prefer to non-public way of life, not to give publishers a chance to attack me. The place where I am now, that in itself is nothing unusual. I just don’t want to become the target of attacks,” writes AlexanDRA Elbakyan.

It does not follow all the publishers who sued her in the court or trying to do it, but, in addition to Elsevier, named a few big companies, for example, ACS and Springer Nature.

Recently it became known that the us Department of justice has begun investigating its possible ties to Russian intelligence, but despite this, it is no consequence is not afraid.

“it amuses Me. But am I afraid?— she asks a question, and then something long writes, before answering. Not yet. Yet, nothing significant happened. Sci-Hub Russian-based project, and it seems suspicious to US. I’m not surprised that they started the investigation on the matter, I waited for it a few years ago.”

Dagens Nyheter: is There a connection between Sci-Hub Russian government?

Alexandra Elbakyan: about any direct links I do not know.

What do you mean?

— you can Always find an indirect, abstract communication between people, events and organizations. But directly we are not affiliated.

At the time of writing, library Sci-Hub consisted of 79 million scientific texts. Each of these publications represents a potential breach of copyright. Elbakyan knows this, but believes that free access to research is much more important, because it helps the faster science to make new discoveries and stimulates progress. 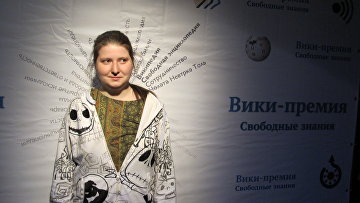 “Here as well as everyone who works with something that he considers important. Need to do something in their lives somehow change the world,” she says.

One of those who tried to stop her, Andrew Pitts (Andrew Pitts), founder of the British organization PSI, which for many years hunting for Sci-Hub, on behalf of the publishers. He argues that Sci-Hub uses the stolen data on the accounts of students and researchers to break into the University computer system. According to him, he has proof that Sci-Hub receives this information by deception, using the so-called “phishing”, aimed at University teachers and students.

Alexandra Elbakyan is no denying that Sci-Hub uses the accounts of third parties, but stressed that the theft of data question never comes.

“Perhaps Sci-Hub and collects information about the accounts from different sources, he is not engaged in phishing or something like that. In addition, the account data is not a physical object that can be stolen. They may be known, but it is not stolen, like some thing,” she explains, before elaborating, however, in details, how else it can happen.

Because the publishers failed to get to Sci-Hub with their claims, they have turned their eyes to the Internet service providers. For example, patent court of Sweden recently ruled that Bahnhof, Telia, Com Hem and many other ISPs should block their users access Sci-Hub is exactly the same as it had previously done in relation to file-sharing site PirateBay.

However, Alexander Elbakyan what is happening is not worried. Users can still get to the site, if you temporarily change your IP address. But if access will completely cover, the content is still loaded in similar service, where they were copied in many libraries.

“So even if Sci-Hub closes, which I hope will never happen, the material will still be freely available,” says Alexandra Elbakyan.

Sci-Hub is a website for sharing files, specializing in scientific texts. Including through hacking University databases Sci-Hub downloads scientific articles, reports and materials all resources subscribed to by the University libraries. After that, the texts are laid out in free access on the website.

Sci-Hub resource with a controversial reputation, because the copyright of these texts belongs to scientific publishers, who earn money on the subscriptions. The new York court in 2017, accused the website of copyright infringement.

Sci-Hub receives support in the form of bitchology donations. To date, the resource has a 79 millions of documents to see which free can be anyone.

Education: candidate of technical Sciences in the field of information technology, master of linguistics

Alexandra Elbakyan is the only founder of the Sci-Hub. The website appeared in 2011, and, according to her, since she supports his work without anyone’s help.