Home Breaking Detained the organizer of the event in cafes of Novosibirsk in the... 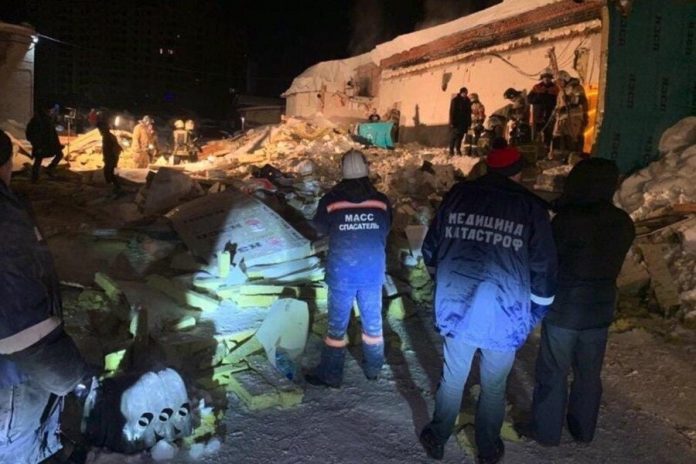 Detained a man who organized the event at a café in Novosibirsk, where the roof had collapsed. This is stated on the website of the Investigative Committee (IC) of the Russian Federation.

“currently, on suspicion of committing a crime detained a 27-year-old man who organized a fun event in the cafe”, – reported in a press-service SK.

the Ministry noted that now at the scene continue to work with investigators and forensic investigators of the regional investigation Department. To establish the circumstances of the incident the complex of investigative actions. The investigation will take CSU Central office SK.

Earlier, the Prosecutor’s office said the preliminary cause of the incident. According to authorities, the building was attached to one-storey building of sandwich panels, used as a dressing room. It collapsed due to snow load.

the incident occurred in a cafe on the Boulevard of Youth in Novosibirsk. The collapse happened in the area of 240 square meters. About 200 people were evacuated. There were 80 people.

the accident, the girl died, another four were injured. They were taken to hospital, after inspection, the two go home. They have been diagnosed with hypothermia, injuries not identified.

a criminal case on the fact of rendering services not meeting safety requirements. The Prosecutor’s office organized a check, in which professionals have to find out the legality of the use of the object.

According to the Deputy of city Council of Novosibirsk Natalia Pinus, the building the cafe is not operated since the summer of 2019. She noted that previously this building housed a cafe “Relatives”.