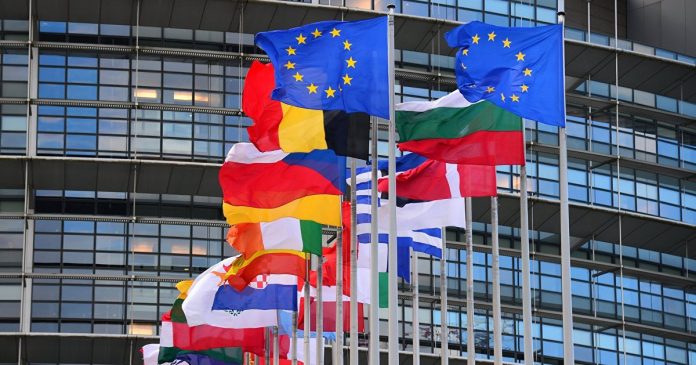 the result of a European Council summit on Thursday devoted to the epidemic of coronavirus, was the clash of the countries-supporters of the development of a new “Marshall plan” to rebuild the economy and the countries opposed to large-scale intervention. In the first Chapter is the Prime Minister of Spain Pedro Sanchez. The main opponents of his ideas — Germany and the Netherlands. The purpose of the summit was to take “a coordinated strategy to” restore public life, economy and industry on the continent after the end of the pandemic. However, fierce resistance from the Northern States to allocate the costs associated with the worst crisis in healthcare that Europe has experienced in recent times, not allowed to make concrete decisions.

the Summit almost ended in complete failure, when Sanchez and the Prime Minister of Italy, Giuseppe Conte refused to support the draft joint statement, full of indeterminate phrases and expressions that do not offer concrete measures. The pressure of Spain, where you need greater clarity on timing, and Italy led to the fact that the leaders of the EU have mandated the Eurogroup to develop proposals that will help countries to cope with the “unprecedented crisis”. According to diplomatic sources, it seemed that the text of the statement with vague and imprecise wording was adopted when the President of the European Council Charles Michelle (Charles Michel) asked all participants if they agree with her. “No,” replied Sanchez. And warned that he would not sign “any agreement that does not set clear terms that the Ministers of economy could continue working on the plan of anti-crisis measures”.

Fearing that Italy might block the decision of the summit, Michelle was forced to revise the text of the statement. After continuealnogo dispute (videoconference lasted six hours), it was agreed to set the period in which the Ministers will propose a new plan. “Three weeks,” said Brussels. “No way. Ten days, ‘” said Rome. As a result Ministers would have 15 days to develop a plan of recovery in the European economy doomed this year to the recession because of the pandemic of coronavirus.

Sometimes furnished at the summit, held in videoconference format, became tense. Again, draw again the North stands for to each country out of the crisis, and the South calls to coordinate actions. Nothing has changed: the proponents of austerity continue to hinder any measures aimed at the allocation of costs to fight the crisis, and supporters of the apportionment of the expenses failed to achieve their goal even in the face of such large-scale problems.

According to diplomatic sources, the Netherlands and Austria has taken a tough stance, and the Chancellor of Germany Angela Merkel has made it clear that he would not support the idea of a common European bond, proposed by nine countries, led by Spain, France and Italy. The President of France Emmanuel macron called for the use of this instrument, arguing that his decision by the fact that this is an unprecedented crisis that equally affected all countries.

Also, Italy managed to exclude from the text of the statement is the only concrete measure in the short term. She asked the Ministers of economy of the European States not to use in terms of the European stability mechanism with 410 billion euros, to which countries in a difficult position, could apply for a loan. 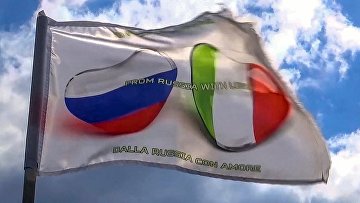 JP: Europe turned away from Italy. Why help Russia?Jyllands-Posten26.03.2020 Haaretz: in Russia, as usual triumphs ложьHaaretz27.03.2020 Bulgarian readers: Putin is not hiding from the virus, the leaders of Eshakti.бг23.03.2020

reference to the financial stability Fund, which is reminiscent of how some countries managed to avoid default during the financial crisis, angered the Prime Minister of Italy, Giuseppe Conte, who refused to use a mechanism for debt crisis. According to some sources, Merkel urged not to withdraw immediately from such a decision, given that it opens wider perspectives than European bonds.

an ambitious group of countries, headed by Italy, Spain and France, account for almost half of the EU population. However, from the point of view of the economy, they only bring losses. These nine countries account for 72% of public debt in the Eurozone. Only in Italy the amount of debt (2,38 billion in 2019) almost equal to all the debts of Germany and the Netherlands combined (2.47 billion).

Charges of the Netherlands

the Governments of Germany and the Netherlands under the leadership of Angela Merkel and Mark Rutte has opposed the use of shared resources to exit the crisis. Both countries, with support from Austria and Finland among others, believe that the first step is to use national resources. You can also use a temporary suspension of the Pact of stability and growth, according to which the annual budget deficit should not exceed 3%, and a softening of standards of rendering of state support, which limited the subsidies to companies experiencing difficulties.

However, these two measures are not entirelyit will benefit because it is available to only countries with ample opportunities for financial maneuvers, for example, Germany or the Netherlands. Countries that incur losses (Spain), whose debt amounts to almost 100% of GDP (Spain and France) or have already exceeded 100% (Italy), do not have the necessary budgetary resources to implement a full-scale fiscal stimulus plan.

the Minister of Finance of the Netherlands Wopke Hoekstra (Wopke Hoekstra) at the meeting with his colleagues via videoconference invited the Commission to analyse why some countries have not enough budget funds, despite the fact that in the Euro area for seven years, there has been economic growth. This is the longest period of prosperity since the advent of the single currency in 1999.

According to the diplomatic source, one of the southern countries, “the problem is that the crisis caused by the coronavirus, has not affected all countries equally”. The southern States believe that eventually all EU countries will feel the negative effects. Then comes the time to take a European economic recovery plan, which Pedro Sanchez was named the new “Marshall plan”.

Without supplies. In the Schengen area reappeared border

the Summit on the evening of Sunday coincided with the 25th anniversary of the entry into force of the Schengen agreement on 26 March 1995, abolished border controls between signatory. A quarter of a century more than a dozen members of the Schengen zone, including Spain, restore internal border controls, and all EU members except Ireland, have imposed restrictions on the crossing of external borders. These data led the Commission in a special document. Also it was noted that restrictions on the main European and TRANStailors routes, which account for 75% of freight traffic. Deliveries are made with a delay of more than 24 hours, talking also about the transportation of medical equipment and medicines.