Home Breaking Virus – a challenge to the economy 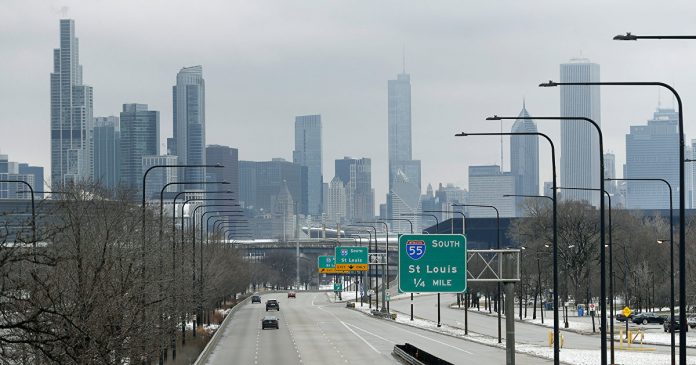 Article the famous British economic columnist Martin wolf, the British newspaper the Financial Times opens a series of publications whose authors are known experts and politicians. They argue on the most important today the theme of the day: what you need to do to mitigate the effects of this devastating recession.

Martin wolf observes that the pandemic was not a surprise, but the reality, as always, was different from what they expected. He is sure that the virus is not only a health threat, but perhaps he brings, and economic threat, which is much more than the financial crisis of 2008-2009. To deal with this threat, the author believes, will require strong stewardship. Central Banks supposedly made the first important steps, and now the responsibility lies on the governments. No event would be able to demonstrate to companies why it is so important to a highly effective administrative state would be headed by people who are able to distinguish the experts from the charlatans.

the Central question is how deep and prolonged the emergency situation in the field of health. The only hope is complete isolation between countries, as is the case with Spain, or certain parts of the country, as it was made in China, will help to destroy the virus. However, even if it is confirmed that it worked in a certain area, this does not mean that such a measure will be effective everywhere. And it may happen that up to 80% of the world’s population will be infected. When the expected mortality rate of 1%, this could mean millions of deaths, equivalent to the figures of the Second world war. The present disaster is likely to extend in time: the Spanish flu of 1918 had gripped the world in Trand stage for a little over a year. However, it is likely that the current virus will stop somewhere in the middle — the mortality rate will be lower, but the disease will not disappear completely.

If this is true, the world will not be able to return to pre-crisis situation until at least 2022. Perhaps young people will come in a little early, but the older generation do not. Moreover, even if a few countries will actually eliminate the disease, they will preserve the regime of quarantine against others. Overall, the impact of the coronavirus likely to be serious and long lasting. At least politicians have to be prepared for such developments, I am sure Martin wolf.

the Pandemic has already had a tremendous pressure on supply and demand. Insulation not only suspended deliveries of commodities, but also seriously restricted the purchase at all especially in the field of entertainment and travel. And the result will be a sharp drop in activity in the first half of this year.

Wolfe writes: the most frightening threat of depression. It is obvious that many households and company will soon run out of money. Even in rich countries most of the population has virtually no cash savings. The private sector — especially non-financial corporate sector is also mired in debt. 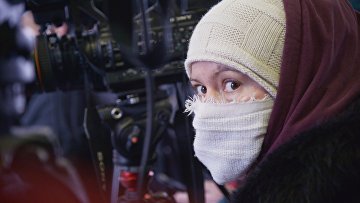 What will happen to the world economy after the coronavirus?ИноСМИ10.03.2020 Biznes Alert: two economic challenge for РоссииBiznes Alert20.03.2020 Coronavirus: no one will be saved (Sasapost)Sasapost02.03.2020

Thus, consumer demand will weaken further. Businesses will go bankrupt. People will be reluctant to trade relations with business units, catwho can fail, if they do not offer advance payment. Again there are doubts about the health of the financial system. There is a risk of falling demand and economic activity beyond the direct effects of the emergency in health.

the Author believes that it is especially difficult to contain the spread of the disease in countries with a limited social insurance and weak social control. First and foremost it will affect the U.S.: many sick people refuse to go to the hospital and be forced to work.

As lenders of last resort, Central Banks should provide liquidity, while maintaining a low cost of borrowing and providing funding for lending both directly and indirectly. But Central Banks can’t provide to pay. They can’t support the household income or to insure the company against such a sharp drop in demand, but it can and must make a state, which is the primary borrower and the purchaser.

Long-term government debt is so cheap that they don’t need to fear it: Germany, Japan, France and the UK can now borrow for 30 years at a nominal rate of less than 1%, Canada — 1.3% United States — 1.4%.

In this case, according to wolf, it may be time-limited crisis with economic consequences and health effects, which should control the government. At the local level, the minimum that needs to make power in times of crisis, is to provide paid hospital and insurance payments for unemployment, including freelancers. If this proves too difficult, the authorities can simply send everyone a check.

But even this will not be enough to avoid masswow bankruptcy and depression, says the author. Professor of Economics Emmanuel Saez and well-known economist Gabriel Zucman from UC Berkeley believe that “the most direct way of providing support is to ensure that the state acted as the buyer of last resort. If the government will completely replace the disappearing consumer, the business can continue to pay its employees and to maintain its fixed capital as if it was working as usual.” Anatole Kaletsky of research firm Gavekal recommended that similar responses to the crisis.

the Provision of such assistance will not create moral hazard. Receiving support from the state in a pandemic every century is unlikely to help of irresponsibility. If companies borrow too much, they will still go bankrupt.

the plan, said the wolf, much better than loans and loan guarantee, as proposed by the German government. The company will borrow only in order to ensure their survival in a crisis, not in order to pay their employees. In addition, subsequently, the loans have to be repaid, and it will create a burden at the end of the pandemic. However, in this proposed programme to preserve jobs may be a prerequisite for receipt of funds. The program will also expire in a natural way together with the completion of the pandemic. Then the government can impose additional taxes to recoup their costs.

the income support and minimizing long-term cost of the crumbling of the company are important. In addition, within the Eurozone, it will be important to help governments, whose borrowing is limited. Globally vulnerable developing countries also need assistance in coping with the crises in health and of the economy. Martin wolf believes that it is vital to give up in modern politics from the senseless nationalism, which, in his opinion, complicate the recovery of the global order.

And at the end of his article, Wolfe concludes: Salus rei publicae suprema lex (Good of the Republic is the Supreme law). In wartime state to freely spend money. Just now they have to mobilize their resources to prevent disaster.