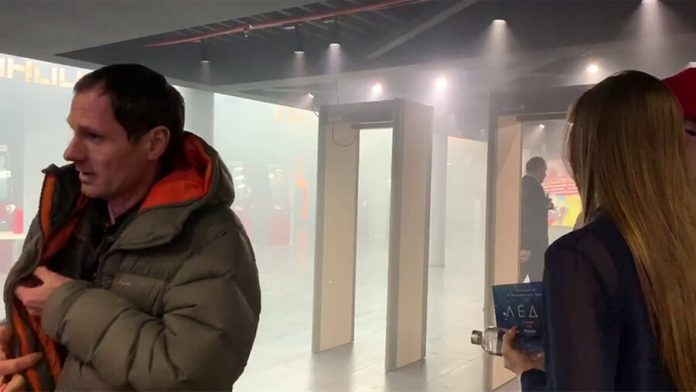 Approximately 2.5 thousand people were evacuated from the capital’s cinema “October”

the Evacuation of the capital’s cinema “October” where there was smoke, was organized clearly and without panic.

As reported by TASS in the MOE in Moscow, in the cinema there is a short circuit in one of the halls with subsequent burning on the area of 0.2 square meters. According to specified data, were evacuated 2.5 thousand people.

“During a screening of the film suddenly the siren wailed, on the loudspeaker said, “all Urgently to leave the room,” said TASS Alexey Uchitel, who was present at the premiere of “Ice-2”.

According to him, “everything was organized well, the staff of the cinema – well done that quickly brought people. The Director noted that viewers get to see a little more than half of the film.

“Someone then came back, maybe will be able to finish it. We quickly left, sitting in the car. Everything was very well organized,” – said TASS, the General producer of TV channel “Match TV” Tina Kandelaki.

Traffic on one lane of the New Arbat in the direction of the field was temporarily restricted.