You don’t even have to look at games like Pong to realize how far the gaming industry has come. Even compared to some early-to-mid-2000s, the games we play today and the games we used to playback then are incomparable.

The sheer level of detail and sophistication of each character, world, level, and even storyline is miles ahead of what we used to get when we bought a game. But, it’s not like we didn’t have ideas back in the day or that we didn’t want to play the games we are playing today – the technology just wasn’t there.

If you remember, or even if you just look at the games we’re playing today, it truly seems like the games are always ahead of the tech. Whenever you get a new triple-A title, there’s little to no chance of you playing it cranked all the way up with resolution set to 4K unless you have the latest and the greatest computer. Why? Well, because gaming and technology are constantly pushing each other to the limit, which is why we are where we are today.

About 15 years ago, when I was just a high-school kid playing around with NBA 2K and MyPlayer creation, I used to wonder wouldn’t it be so amazing if you could just scan your face into the game. Why do I have to waste time sculpting the player? And, sure enough, when 2K15 came out, the biggest new feature was the face scan.

Even though it was horrible and quite frankly never improved upon – it was new and exciting. A feature like that felt like the most sophisticated piece of software ever. You just had to pull out your phone, turn your head left to right and voila – you’re in the game.

Another instance of hardware and software improvement is the famous “gens” or generations gaming consoles go through. We don’t even name them at this point. They’re just “current” and “next” gen, even though the “next” is not an upcoming generation but the new and existing one. We’re still calling PS5 gaming the “next-gen” even though it has been a year and a half since it came out. But, enough about that.

The biggest improvement we’ve seen with these new technologies is in real-time ray tracing and shadowing. If you have PS5, playing Spider-Man is probably the best way to experience this improvement. With ray tracing enabled, you can see all the little details and reflections in the windows, water, and other reflective surfaces. We used to see that earlier, too, but the thing is – ray tracing isn’t a built-in reflection. What we’re seeing are actual reflections of things inside of the digital world.

Gaming On The Go

Mobile gaming is probably the biggest and most pleasant surprise in the gaming world. Ten or so years ago, we were ecstatic when phones could run Angry Birds, and no one dared to believe that our phones would be portable gaming consoles.

Today, we have phones capable of running triple-A games in 1440p at 90 Hz. That’s just beyond insane. These devices come with 12 gigabytes of RAM, which only a few years ago was more than your PC required to run smoothly.

Another thing is the handheld consoles. Game Boy and Lynx paved the way for Nintendo DS and Sony’s PSP, and those two have brought us to the Nintendo Switch we have today. To be honest, we never really saw this happening, and not many people probably did, but here we are – pocketable gaming consoles that put PS3 to shame.

Arguably the biggest change in the way we play games happened with the development of VR and haptic suits. Even though most people don’t seem to realise this, VR gaming, or better yet, decent VR gaming with haptic feedback, is already a thing. It’s not an upcoming “big thing”. It’s here. It’s available to an average consumer.

Oculus Quest 2, the best of the best in VR headgear, can be bought for less than 300 bucks. The era of VR is here, whether we like to believe that or not. And, it’s not just VR headgear – it’s haptic suits, too.

People may think that we’re years away from haptic suits, and while that may be true for a deep level of sophistication, the actual truth is – these suits are here. Just take a look at this Woojer Vest.

It’s only a matter of time before we turn to gaming with equipment like this, and we really start experiencing the “real world” while dabbling in the digital.

Artificial Intelligence And Its Impact On Gaming

Finally, we have to talk about artificial intelligence.

We noticed the improvement of AI gaming a while ago when it was pretty much proven that you can teach a computer to play chess better than any grandmaster on the planet. In fact, the chess-playing AI became so sophisticated that it discarded some of the techniques and openings it relied on earlier and began implementing its own. It literally started thinking and developing new moves and strategies.

Back in the day, even a casual player could beat the program. Today, that’s rarely the case.

But, it’s not just chess-game developers that are dabbling in AI. It’s “real” companies, too. The best example would probably be the alien game appropriately dubbed “The AI of Alien: Isolation”, the game released almost ten years ago.

The now infamous Xenomorph was an unprecedented AI system for the time. It was coded to observe and react based on the player’s behavior, and it managed to do so incredibly well. It genuinely learned by observing.

Since then, the game’s approach to AI wasn’t really revisited, but many other gaming companies took to AI to try and improve the singleplayer experience. Rockstar did a great job on their end with GTA V and RDR2 with their NPCs. However, none of that even comes close to the Xenomorph.

Where will this journey take us – we don’t know. But we can’t wait to see. 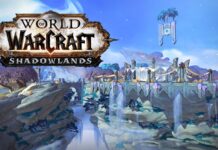