Home Technology How To Check And See If You Have A Recall On Your...

Tesla is one of the world’s premium car manufacturers. Elon Musk has come a long way,  and today his electric cars are in high demand. There’s something mystic surrounding the man, and we can’t deny it. A very skilled set of individuals is working at his company, and their cars are top-notch. When Tesla Model 3 was announced many people went into a frenzy. The company was stretching its resources to meet the demand. It wasn’t an easy task, and many people all around the world are still waiting for their Model 3.

We don’t want to say that Tesla rushed the production and that the product they have released is subpar. But flaws can be found with their cars. This is the subject of our article today. As a customer, you have the right to be protected. While Tesla’s cars are miracles of technology, people have found what to complain about. Some were just hard to please, while others shave real claims. This is why you need to know how to check and see if you have a recall on your Tesla car.

This could make all the difference in the world, for a new owner if something is found wrong with your vehicle. The chances of this happening are slim, considering the effort the Silicon valley company made in making this product but you’re better safe than sorry. One of the primary reasons why people are worrying now about their Tesla vehicles is that the company decided to pull quite a few from the markets. The reason was simple – they weren’t in compliance with the FMVSS. Under the writings of Lemon Laws, you should be protected in cases like this. No, if you’re not a lawyer, none of this might make sense in any way. So, if you believe that your car should be recalled you would be wise to hire an attorney, such as people from Quill & Arrow Law LLC, who excel in this domain.

It’s like people in Hollywood movies say – in some cases, you need to lawyer yourself up. There’s no shame in being prepared for the worse. If the piece is what you’re seeking better be prepared for war. In this case, the war could be the case that precisely your car needs to be recalled. To be sure that this is the case you found yourself in, let’s first see what is FMVSS.

FMVSS stands for Federal Motor Vehicle Safety Standard. So, there are certain standards that all vehicles manufactured or imported into the United States of America need to comply with. In most cases, these rules are obeyed by manufacturers but in Tesla’s case, there was an oversight. It was the company itself who reported that there was something wrong with their vehicles and that maintenance is needed. All of the bugs that need to be resolved are filed under paragraph No. 101, Controls and Displays.  Tesla as a company takes good care of its buyers, so when it comes to motor vehicle safety they tend to take all the needed precautions, and thus they had thousands of vehicles recalled.

What About Your Car?

As you probably understood from the paragraph above, Tesla has come forward and admitted that there is a mistake with their vehicles in regards to some electronics, and due to the worries about the safety of their drivers and passengers alike, they recalled some of their vehicles. In the past, Tesla cars were a rarity, and when something like this happened, it was easy for them to call the customers. With the number of cars they released in the last few years, it’s going to be harder to reach all of them.

Because of this, it is vital that you know how to recognize that you fit in the group that needs to have its vehicles viewed by a professional. The issue is tied to the company’s “Boombox function.” This feature allows the music or any sounds released inside the cabin to be played on the external speakers. This is all fun and games until it was discovered that this feature messes up the pedestrian warning system.  There were many complaints filed to the National Highway Traffic Safety Administration which reported that there were many incidents involving Tesla’s vehicles due to the fact that the pedestrian warning signal wasn’t released due to the “Boombox” feature.  When the pedestrian isn’t warned and the vehicle isn’t in reaction mode accidents happen. The company wants to avoid any misfortunes involving their vehicles, and thus the number of recalls has increased.

Due to the number of complaints and recalls currently circulating it’s possible that you as a Tesla owner haven’t been called yet. But, this doesn’t mean that everything is all right with your vehicle. It might be, but it’s better to be safe than sorry. To understand that something is wrong you need to inspect your vehicle. If you noticed that your software isn’t working properly and that some functions are failing you’re better off seeking out the Tesla company or asking for legal help as we suggested earlier. Whatever your course of action is you need to be sure that something is wrong with your care.

In recent years, the now Texas-based company had more recalls than ever before. In most cases, those were due to the software malfunction. The most recent Boombox incident is being resolved. From now on the function will not be available for drivers while the car is in drive, neutral, and reverse modes. What you need to know is that this is not the only issue their vehicles could experience. You are entitled to a recall if you notice malfunctions with autopilot, game features of the car, and various touchscreen issues that could make the car non-functional. While the company is doing its due diligence and they have external pressure from the NHTSA, nothing is stopping you do the same. There’s no shame in fighting for your benefit, and having a malfunctioning car will not lead to anything good. That’s for sure. 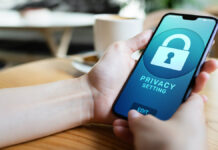 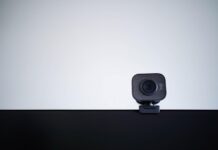 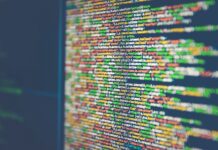 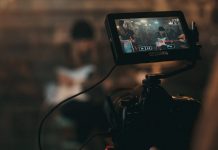 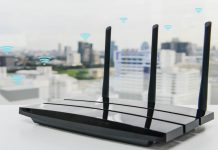 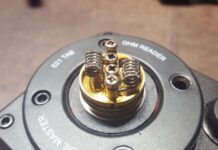