Home Breaking FIFA has not confirmed the possible participation of Russian national team in... 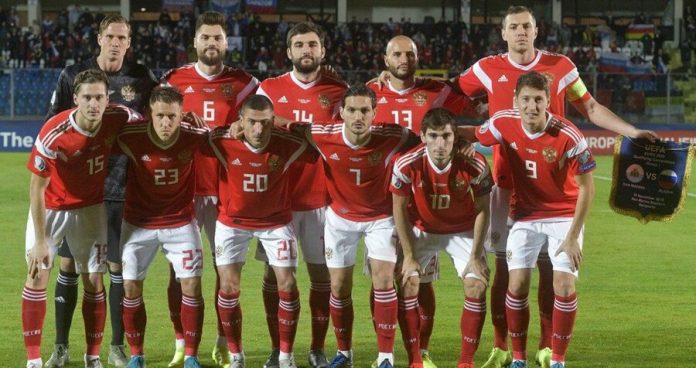 FIFA has not confirmed the possible participation of the Russian team at the world Cup in 2022. About it reports RIA Novosti news Agency.

“we Have no update information after our application in December in which we stated that FIFA is in touch with WADA and the Association of international federations of summer Olympic sports (ASOIF), to clarify the essence of the decision of the Executive Committee of WADA in relation to football,” – said the press service of FIFA.

Earlier Tuesday, 4 February, the Arabic edition of BeIN Sports said that WADA had informed Russia of the impossibility of participating in the world Cup in 2022.

In December 2019, the head of the Committee of WADA according to Jonathan Taylor stated that the decision of the Executive Committee of the WADA the removal of the Russian sport does not apply for the qualifying tournament of the world Cup in 2022. It admitted that if the Russian team will reach the final of the world Cup in Qatar, players will compete in the tournament under a neutral flag.

As reported by RIA Novosti, the Russian football Union and RUSADA has not confirmed the change of the status of the Russian national football team. Similarly, in the Russian anti-doping Agency said it had not received documents about the disqualification of the team.

the world Championship will compete in Qatar. The tournament will be held not in summer, and in the period from November to December. According to the schedule, the final match will take place on 18 December 2022 at the National stadium in Lusail with a capacity of 80 thousand spectators.

At this point unknown, will be whether Russia is on the tournament principle. Qualifying for the world Cup starting in 2022. Directly final the draw for the final tournament is scheduled, according to the regulations, in the year of the championship.