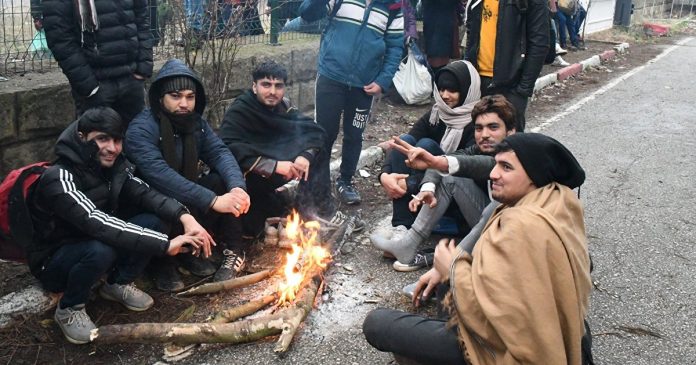 Regular hand washing? Two billion people have no access to running water. Social distance? In the refugee camps is 70 million people: their tents are close, and each crowding as many people as can fit. Gloves, masks? They are lacking even in wealthy countries that were affected by the pandemic, and what happens in the poor, for example, in Africa, we do not know. One can only hope that the peripheral position, which for decades was their curse, now will be their salvation: the current map of the spread of the virus is the map of a rich traveling the world, the Sahel on it.

it is Known, however, that the main communication axes are, in turn, refugees. Now they are desperately trying to hit something, anything. “#Tostazione?— asks a red cross representative in Iraq. — Refugees have no house where they could stay.”

the Immigration crisis has disappeared from the pages of Newspapers like everyone else, not directly related to the epidemic. This usually happens with crises: they are not lost, they just Eclipse other, more dangerous and requires an immediate response. However, the epidemic has not placed the topic of refugees in the same section, which are frozen earlier crises: the Palestinian issue, the fate of Tibet. They will be interested in even less than before the outbreak of the epidemic, which finally will bring them to oblivion.

Weakened, deprived of basic medical care, which is in constant movement of people is a perfect example of high — risk groups. They risk themselves and are a danger to others. Meanwhile, even before the beginning of the epidemic, it became clear that Europe has closed its doors. When Greece for a month has suspended consideration of aboutdecisions on asylum after the President of Turkey sent refugees to its borders, no one even threatened her with his finger. Not met with criticism and Erdogan himself, who with incredible cynicism used in their game, people seeking protection. It was clear that Russian-Syrian offensive in Idlib threatened Turkey with another wave of refugees, this time numbering up to a million people. However, we didn’t care that all of them can expect death (“so in Syria, the situation”). When Ankara agreed with Moscow about Idlib, the threat has moved away, and the Turks abolished the assault of Europe with the migrants, all breathed a sigh of relief. All except the refugees themselves. 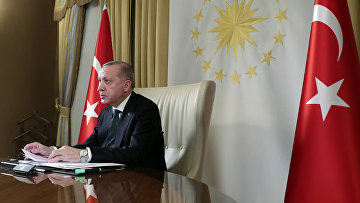 They did not know that running not only from death, which carry missiles and bombs, but also from other dangers from which they cannot escape because they are unable to maintain social distance, and masks on them is not enough. But in the Mediterranean sea suddenly appeared a hired EU ships with. They respond quickly to incoming rafts SOS signals, taking the refugees aboard and give them custody of the Libyan coast guard. Libyans in the best case will put them in prison-like camps for refugees, at worst, forced to do slave labor, or defined in any army. The ships are owned by private companies, they are not represent a particular state and do not accept petitions for asylum.

So it was before the plague. Now, of course, (and rightly so) no one will be anyone to pass through the border. The threat of proliferation is real, especially because we are talking about people who do not have access to medical care. However, they have a new, even more compelling reason to try to get to Europe, where such assistance is. Good or bad, but there. Even if it will not save them, then you may be able to improve child survival. However, if this assistance is not enough by the Europeans, the more they will share it with those who do not want to see. Greek border guards, quite possibly, will start to use instead of grenades with tear gas, live ammunition, and hired EU ships will not pass refugee Libya, and allow to sink their rafts (after saving, they can become infected). The Chairman of the party “law and justice” Jaroslaw Kaczynski (Jarosław Kaczyńsk), which we were afraid of viruses and bacteria, was a prophet. However, a disease from which we try to hide, closing the door, is already at home, and brought her there are not refugees.

This disease destroys not only our bodies, but also the fundamental basis of all society, that is, solidarity and trust. The mechanism has a rational basis: you can catch from another person, so people need to avoid, and if we don’t know how long enough basic resources, each becomes a potential competitor. As a result, we can see the emergence of a society in which such an approach would be perfectly normal. In the framework beyond a narrow circle of people bound by common experience and by the ties of blood, we won’t feelt any responsibility for others and even for their lives, did it not mystified.

on Wednesday, the United Nations launched an appeal to raise half a billion dollars on the creation of a Fund for aid to refugees during a pandemic. On the one hand, in the context of their needs is a drop in the sea, but on the other — a major expense for countries that have frozen the economy, seeking to rescue their citizens, therefore, it is likely that this appeal will not find support. Perhaps future historians will call this failure a turning point in the emergence of a new moral code postcoronary era.