Home Breaking Greta Thunberg ask for help to cross the Atlantic and come to... 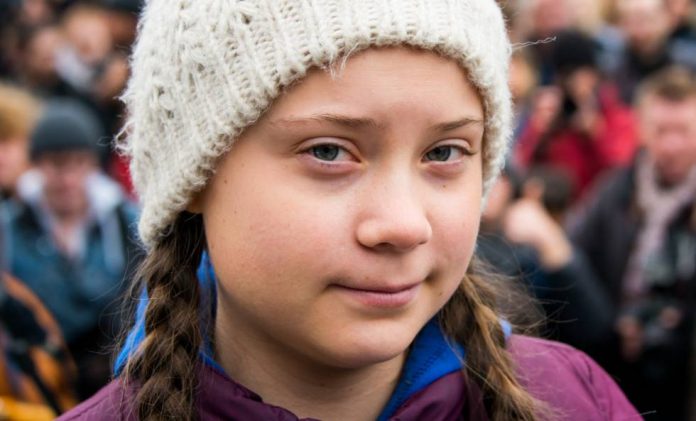 The activist Swedish Greta Thunberg, which does not move in a plane for the CO2 emissions, has called this Friday to help through their social networks to be able to find a “transport” with which to cross the Atlantic ocean again and go to the Conference on Climate Change of United Nations, known as COP25, which will be held in Madrid following the resignation of the chilean Government. “Now that the COP25 has moved officially from Santiago to Madrid, I will need some help. It turns out that I have crossed half the world in the opposite direction”, explained Thunberg on his Twitter account. “I need to find a way to cross the Atlantic in November,” he added.

As #COP25 you have officially been moved from Santiago to Madrid I’ll need some help.
It turns out I’ve traveled half around the world the wrong way:)
Now I need to find a way to cross the Atlantic in November… If anyone could help me find transport I would be so grateful.
-> https://t.co/vFQQcLTh2U

The Spanish minister of Ecological Transition, Teresa Ribera, delighted with the news has responded to the activist on Twitter: “Dear Greta, it would be great to have you in Madrid. You’ve made a long journey and help us to take conscience, to open the mind and improve our actions. We’d like to help you cross the Atlantic back. Open to be in contact to make it possible.”

Thunberg has undertaken an awareness-raising campaign that has taken him to Canada as a final destination. The activist regretted that not be able to visit “this time” countries of central and south America, but has explained that he wants to travel to Madrid to continue warning of the “emergency environmental and climate”. “If anyone could find some transportation, I would be grateful,” she wrote.

The change of venue of the summit has surprised in the middle of the Atlantic to a group of 36 young ecologists europeans gathered around to Sail to the Cop (navigating to Cop) that went to the meeting aboard the ship Regina Maris. Supporters of changing the future of transportation to be sustainable on a global scale, “they’re on their way to Belem, in Brazil, and will decide in the next few days if they follow through or are on the road to Spain”, according to the support team that the journey continues.

Dear Greta, it would be great to have today here in #Madrid. You’ve made a long journey and help all of us to raise concern, open minds and enhance action. We would love to help you to cross the Atlantic back. Willing to get in contact to make it possible. https://t.co/hwuY1NtWSR

The vessel Regina Maris sailed from Amsterdam on the 2nd of October, and after an emergency stop in France to troubleshoot problems with the system of purification of water, had to reach Recife in Brazil, to the 7th of November. There awaits them the indigenous leader Chief Raoni Metuktire who lives in a protected reserve of the brazilian territory, to talk of the preservation of the Amazon. The climate activists to Sail to the Cop, they wanted to reach then by land to Chile. “The chosen city for the summit is now Madrid is a radical change. For all we know, they will take a decision among all because it seems that a group wanted to go to the appointment, and others prefer to go ahead and comply with the commitments set forth” indicate sources of the environmental organization green Dutch Milieudefensie, one of the entities involved in the journey. The Ministry of Infrastructure and Water management, Wageningen University, specialized in development and supply—, and ProRail, the company’s Dutch public responsible for the railway network are in turn among the promoters.

between the ages Of 18 and 31 years, among the 36 passengers are students of International Relations, Environmental Sciences, and Psychology, as well as artists from Denmark, Finland, Germany, France, Belgium and the Netherlands, among others. One of the passengers, the belgian Anuna de Wever, asked council to Greta Thunberg, who last August attended the Summit on the Climate Action of the UN, held in New York, crossing the Atlantic. During two weeks, the teenager sailed aboard the catamaran Malizia II, equipped with solar panels and turbines for general electric energy, and De Wever says, “Greta told me that it was very relaxing to get away from the pressures aboard ship, and I hope that so be it”, according to the Regional Information Center of the UN for Western Europe, based in Brussels.