Home Breaking How many wars with Russia, Turkey won 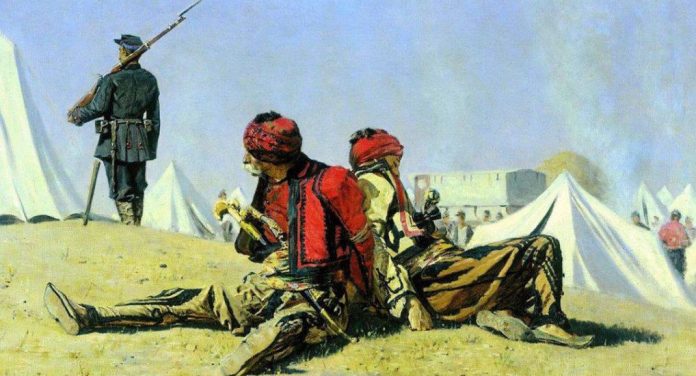 the Spirit of war hovers between Russia and Turkey almost throughout the history of relations between the two countries. The threat of a new conflict became more than real in February 2022, after Ankara over the fate of Idlib province

came into confrontation with Damascus, Moscow’s ally. The attacks of the Turkish army on positions of the Syrian forces doing the intervention of the Russians is very likely. And not the fact that the Kremlin will limit the attempts to start negotiations between the parties.

While in the Turkish Parliament to discuss whether to declare war Syria, officially, it’s time to recall the history of “personal meetings” with Russia and Turkey on the battlefield.

the Russian-Turkish relations began to take shape in the fifteenth century, and almost from the beginning, they were strained. In 1475 the Ottomans conquered the southern coast of Crimea – the Principality of Theodoro and the Genoese city of Kaffa, after which the Turks began to oppress the Russian merchants trading there. “Sharpness” was given and the constant clashes between the don Cossacks, who were subjects of Moscow, and the Cossacks of Azov, which was patronized by the Sultan.

In this environment, the first clash was not long in coming. It is believed that the first Russian troops encountered the Turks on the field of battle in 1541, when the subjects of the Crimean Khan under the command of Sahib I Giray made a trip to Moscow, accompanied by the Ottoman army.

the First full-fledged war between the Russian Empire and the Ottoman Empire happened in the years 1568-1570. Since then, countries have always fought with each other several times a century. In just less than six centuries they fought 12 times. The total duration of the Russo-Turkish war, is 69 years old, and on average one confrontation from the other, if we consider the last clash in the First world war, separated by only 25 years. One is talking about hthe reasons for the conflict the two States was enough.

Russia and Turkey fought first for control of the Northern black sea region and the North Caucasus, then over the South Caucasus. Fought for the right of navigation in black sea Straits and the rights of Christians in the Ottoman Empire. Solved the Eastern question. Finally, during the First world war, the Russian government hoped to seize Constantinople.

Three times in these struggles, the victory remained with Turkey, and seven times for Russia. Double-ended conflict with no obvious triumph of one of the parties.

glory to the Russian weapons

the whole of the war with Turkey is a separate page in the history of Russia. They tested the valour and courage of Russian soldiers committed these feats. No coincidence that of all the days of military glory, celebrated today, four established in honor of the great battles in the Russo-Turkish conflict.

and 24 December in Russia celebrates the Day of the capture of the Turkish fortress of Izmail by the troops of Alexander Suvorov in 1790. In honor of this battle was even written anthem “the Thunder of victory sound!”, which became the unofficial anthem of the Russian Empire for many years.

Endless confrontation of Russia and Turkey only ended with the collapse of empires in the early twentieth century. Came to power of the Turks, Mustafa Kemal Ataturk, radically reformed the country and tried to get away from the legacy of the Ottoman Empire.

Soviet Russia at first, even helped the establishment of independent Turkey. But the Alliance that was situational, and it is not surprising that by 1930 th years States are distanced from each other. It is important that when Kemal they never returned to the status of enemies, and so continued for many years. This did not prevent even the entry of Turkey into NATO, the Soviet Union continued to lend to Ankara and started to deliver gas to the country.

a New phase of relations began already in the XXI century. With the coming to power of Recep Tayyip Erdogan, they gradually improved, reaching a peak in 2010, when it signed an agreement on the abolition of visas. And instantly went into a steep dive after 2015, the Turkish F-16 shot down a Russian su-24 bomber involved in the Syrian operation.

the Russian authorities considered the step that the Turkish leadership is an act of aggression and imposed against Ankara large-scale economic sanctions. The atmosphere between the two countries, directly has to the beginning of full-scale hostilities. Moreover, the parties had a suitable platform to do this – Syria.

But then nothing happened. Will do this time – is completely unclear. Only it is obvious that the usual instruments of influence on Turkey no longer work, and the meeting of the presidents does not help to resolve. But while both sides are still hoping for negotiations.