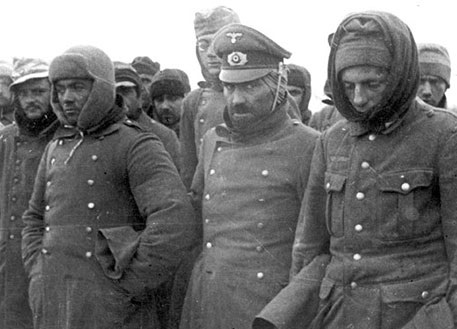 During the Second world war, Germany and her allies (Italy, Romania, Finland, etc.) suffered the greatest losses on the Eastern front – by different estimations, from one third to a quarter of all those killed and wounded during the war with the Soviet Union. However, specific figures are still the subject of debate among historians, so a single recognized numbers do not exist.

As you know, the government of any country during the war prone propaganda to downplay their own losses and exaggerate the damage inflicted on the enemy, so data on losses from different sides of the front are significantly different. Another problem with establishing the true losses is the poor condition of the archives – some of them have become the prey of fire during the fighting, and others deliberately destroyed before the coming of the enemy, surviving documents for many years were the archives of two different States, the FRG and the GDR, making it difficult for a consistent experience with them. And finally, the calculation of German losses in the great Patriotic war, we must note that among the soldiers of the Wehrmacht were not only Germans, but also soldiers and officers that are designed with the attached to the war (Austria, Sudeten region of Czechoslovakia) occupied by Germany in world war II territories.

For the calculation of real losses historians use not only official data, during the war on both sides, but also indirect information such as the ratio of killed and wounded during the fighting, and demographic data. An important source for establishing the number of dead and wounded on the Eastern front the Germans are also the diaries of the chief of army staff of the Wehrmacht Franz Halder, which he kept throughout the war, and the numbers are significantly different in a big way from those that voiced official German sources.

the Actual losses, and approximate estimates

In the late 1980s – early 1990s a group of Russian historians and military under the leadership of Colonel General Grigori Krivosheev estimated that the Soviet-German front during all the fighting killed 3 604 800 German soldiers, and another 442 100 people died in captivity. The group estimates Krivosheeva, in 1941-42. the Wehrmacht on the Eastern front were lost (killed, wounded and prisoners) on average 3,600 (11 500 against the red Army), and in 1943-45 he was in the 7700 (5500 against our troops).

the Most influential German researcher of this issue Colonel rüdiger Overmans by analyzing personal cards for servicemen and demographic data came to the conclusion that by the end of 1944 (when the fighting on the Eastern front was fought largely on the territory of the USSR) died 2 743 000 German soldiers and officers. And in 1945 on the territory of European countries killed 1 230 000 German military, about two – thirds of them in the battles with Soviet troops. Three and a half million prisoners in the USSR did not live to see the liberation of about 360 000 people.

According to official German statistics, are given in the Annex to the law “About preservation of places of burial”, according to the beginning of the 1990s, in the USSR there were 2 330,000 graves of German servicemen, 896, 000 – in other Eastern European States). However over the years search engines discovered there are about 400,000 graves. In addition, you need to consider that during the war and immediately after it liberated from the Nazis territories created by the occupiers for their new military cemetery was sometimes destroyed, and in subsequent years some of the German graves just disappeared without care and forgotten. Them, according to various estimates, there are also about 400 000.

Thus, at the lower estimate, during the great Patriotic wars and in the early postwar years in the Soviet Union found their death at least 3 100 000 Germans. The real figures are, apparently, closer to three and a half million. The exact number of dead and died in captivity, probably, already never will.