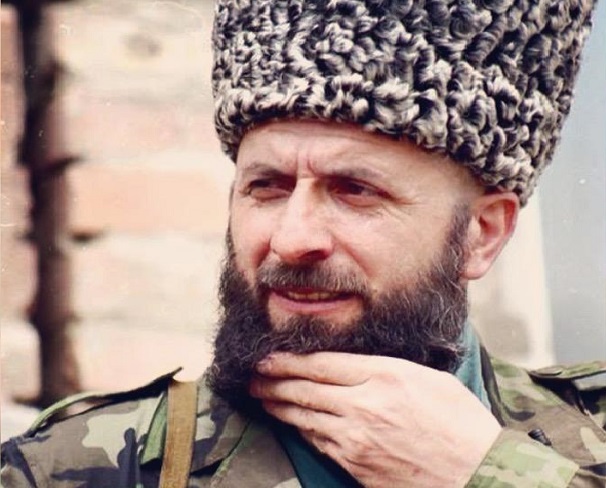 Zelimkhan Yandarbiyev, an international terrorist, a follower of Dzhokhar Dudayev, and one of the most active Chechen separatists – were destroyed in February of 2004.
Before the war, wrote poetry and prose in the Chechen language, even joined the Union of writers of the Soviet Union and was an editor for a children’s magazine. During the war in the Caucasus became the main ideologue of the supporters of the sovereignty of the CRI. From 2001 – on the international wanted list for terrorism and links with major terrorist organizations in the world.

the Operation to eliminate Zelimkhan Yandarbiyev was the 13th of February. The terrorist was then in the Qatari capital Doha, where he lived at the invitation of the Emir and even had refugee status.Under the vehicle was jewelry attached an explosive device. It activated at the moment when the separatist came back from the mosque home. Yandarbiyev was killed. His teenage son, were at that moment in the car at the father suffered severe burns, but survived.

For organizing this action by the Qatari authorities were arrested and convicted 2 Russians: Vasily Bogachev and Anatoly Belashkov. The fact that these people are employees of the Russian special services, confirmed the Minister of foreign Affairs Igor Ivanov. For the murder of Yandarbiyev they both learn the law of Qatar is life imprisonment. There was a third suspect – Alexander Fetisov, but he was saved by the official ambassadorial status.

in Spite of common objectives in the fight against terrorism, the American intelligence services provided the Qatari authorities are so voluminous evidence against Belashkov and Bogacheva that lawyers of the past were powerless. Retaliatory action of the Russian special services was the arrest of three Qatari nationals in Moscow airport. They were athletes Ibad Akhmedov, Ibrahim Ahmed and Ibrahim Midagi. The official reason for the detention – transportation of nesacerya purpose of currency.

These citizens of Qatar were exchanged subsequently, Russian agents Belashkov and Bogachev. This happened in March 2004, after telephone negotiations of the President of the Russian Federation with the Emir of Qatar. The Russians returned home in December. Airport security personnel met with exceptional honors. Red carpet, accompanying the motorcade, and completely blocked the highway Kyiv – as the country welcomed its heroes.

For the international press, the Russian authorities announced that the GRU to the massacre of the Chechen separatists is not involved. While participation in the President and the persistence with which the required results Bogachev and Belashkov, indicate that the order to destroy Yandarbiyev they could be given by Putin personally. Of course, no evidence for this.

in Addition to the official version, the elimination of terrorists there were also suggestions that his death is the result vnutriklanovyh discord among the separatists, or even a vendetta, adopted by the Chechens. No evidence, no rebuttal to these versions not.