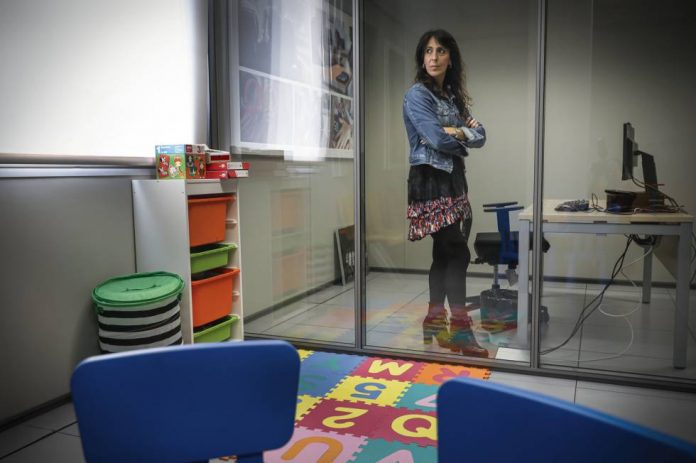 Leila Mohamed is considered to be a strong woman. It takes 25 years working in the National Police and 10 in Murders. However, may not be removed from the head some cases dramatic of murdered women that investigated or believed that it would be “able to endure so much pain” as he has seen. Now their role is more grateful for it because it no longer starts by the end, but try to avoid from the beginning the gender-based violence. This subinspectora directs the Office of complaints and assistance to victims of gender-based violence in Valencia, a pilot experience that has launched the ministry of Justice of the Generalitat in collaboration with the Ministry of the Interior.

A director of Cs complaint that the PP is left without the use of 19 million to fight against gender-based violence 49 killed by male violence in 10 months, more than in all over 2018

In his six months of life, the office has dealt with about 360 women and has achieved that, for the moment, none of the more than 200 victims who have lodged complaints have been removed in the process, as it is very common that happens in this type of crime, and to certify the annual reports of the prosecutor’s offices of the autonomous communities (between 50% and 70% of the complaints are removed). The key lies in the comprehensive support and continued to receive the woman who comes into this office, located in the City of the Justice, explains Mohamed.

“All those resources of help to the victims is concentrated and receiving from the first minute: we have police, social worker, psychologist and lawyer, and even forensic assistance if required. We have a space for the children, so that mothers can come with their children but can speak freely. The victim does not have to move to different services; and many times does not come until the end, because it starts to hesitate, lose courage, no longer find time. Before moving to the complaint, resolve the doubts, to attend to the psychological, social, economic, if there are any, and so we get more collaboration on your part. The accompany at all times,” he says.

“The victim comes out with the first assessment of police of the risk, which comes complemented with the assessment of psychosocial and of the dangerousness of the perpetrator. When the packed reaches the court the information is more complete and is easier to adopt the measures of protection,” he says. Mohamed understands the social unrest with cases of murders of women who had reported or were averages of protection. Stresses the need to analyze failures but defends police work. “If there’s complaints, sure that you will not have protection,” he reasons. There are many cases in which the police prevents tragedy, but don’t come out in the media. So far this year there have been 49 deaths due to domestic violence, more than the entire past year.

What do they ask women when they come to the office? “Women don’t ask for, expect. Reach the lost, many times they expect you to guess your problem, that is out. That’s why very important to the psychological care and that you are there. Any thanks us for helping him out at all,” responds Mohamed. His extensive law enforcement experience dictates that “violence is in all of society, in all social levels, although victimization may be acknowledged more in the lower strata by the economic dependence or lack of social support and the family”.

The women arrive at the office of Mohamed by his own foot, derived from the associations of victims, mainly, and some recommended from other commissioners. The intention is that this pilot initiative launched by the former prosecutor and spokesman of the General Council of the Judiciary and today’s counselor of Justice, Gabriela Bravo, can be implemented in other parts of Spain if the model is consolidated.

“I’ve always been very sensitive to this problem, but I assure you that they investigate a homicide of gender-based violence is very hard and makes you more sensitive still. What I have marked are the deaths when you investigate it, and you get an idea of how much you have suffered that woman and it is terrible to arrive to the conclusion that, in spite of the cruelty of the death, it was less painful for her. Now I go back to home many times proud, because I can help prevent that, and I see many women empower themselves and getting excited about changing your life,” he concludes.