Home Breaking How to survive a Japanese samurai in Soviet captivity 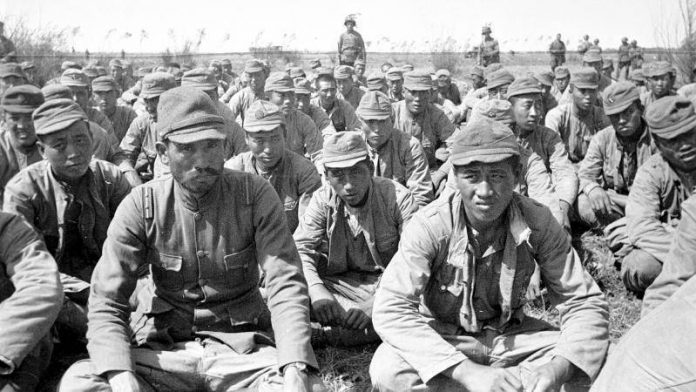 In August 1945, fulfilling commitments to allies, the Soviet Union entered the war against Japan. The Kwantung army was defeated within a few weeks, more than half a million Japanese were captured.
Their return home lasted for years and ended only in 1956, when the country signed a Declaration ending the war and restoring diplomatic relations.

Prisoners of war from the Country of the rising sun were distributed at the thirty regions of the Soviet Union to restore the national economy. Most came to the far East and Siberia, a part identified in Kazakhstan and the Uzbek SSR, a small number were in Central Asia, in Ukraine and in the Center of the Russian Federation. The main part of the prisoners were kept in special camps of the Main Directorate for POWs and internees of the USSR.

Not all returned to their homes. According to the Certificate of the chief of the First Directorate GUPVI of February 20, 1947, the first dead appeared before prisoners of war were placed in camps. In addition to those killed while trying to escape (both before and during the deportation), the Japanese were killed in the border points from wounds, starvation and disease, just died 16 665 prisoners of war.

the Main reason the deaths of Japanese prisoners of war in the USSR began the cold, poor food, bad housing, lack of warm clothes, medicine, medical care and hard work. Prisoners of war before the camps were weakened by injury, prolonged transport, bad food. Some were mentally crushed, because the prisoner was a disgrace to the Japanese. Othersgibali was in manufacturing, not familiar with the safety precautions.

the Main “splash” of deaths (80%) occurred in the first winter of 1945-1946, when the exhausted prisoners was one on one with the cold. For example, in Krasnoyarsk region from October 1945 to March 1946, killed 82% of all deceased prisoners. The most common diseases were malnutrition, typhus, dysentery, pneumonia and tuberculosis.

Japanese Toshio Sato, who worked in the mines Acastat recalled that in the Fifth camp had showers and toilets, ate the lice. Soldiers die in their sleep from exhaustion. Who worked, received 200 grams of bread. Food changed all the things that had. Patients gave things healthy, in the hope that they will exchange them for bread — it was their sole source of nutrition. From November of 1945 until the end of February 1946, the year of the 750 prisoners died 168.

When the mortality reached 22.2 per cent, the camp was liquidated, the sick were taken to the specrometer, and the healthy were transferred to other camps.

Prisoners of war used in the most difficult jobs in the engineering, coal mining, gold, construction, oil refining, agriculture, irrigation, harvesting. Most deaths from injuries in the gold and coal mines, engineering plants, on construction sites and on logging.

In the Krasnoyarsk region the maximum number of injuries occurred in the mines of Chernogorsk: falls, explosions led to the death of prisoners. For example, a prisoner of war Kusuoka Tsukuda died under the rubble, Hitaka Yasuo — because of the non-TB, Yasui of COOGEE killed beam Comatose adey crushed in the works. The plant combines Japanese, not knowing the language, got into the transformer, and killed him.

Percentage of deaths from injuries ranged from 2.7% to 8 %, depending on the risk of production. On average, died from injuries 5.1% of the prisoners of war.

Suicide amounted to a small fraction of deaths – approximately one suicide per 100 dead people, i.e. 0,7-1,1 %. A surge occurred at the beginning of 1946, when it became clear to many that did not survive.

In Soviet times, appeared different data about the number of dead prisoners of war: from 37 to 62 872 068 (9.7 % of the number of prisoners). According to the certificate, intended for Khrushchev, Mikoyan and Bulganin, Deputy Minister of internal Affairs of the USSR (October 1956), before repatriation died 55 720 Japanese prisoners of war. According to some, this number can be increased to 1 030 people: some of these people were in SMERSH and the other was convicted by the tribunals for war crimes. The total number of deaths was 61 855, including 31 General and 607 officers.

the Dead prisoners are buried in the seven hundred cemeteries of Russia. Most of them in ruins. In 1995 in Khabarovsk in honor of the Japanese prisoners of war was created by the peace Memorial Park and Japanese cemeteries of the Far East put a commemorative plate.

In the nineties, the Japanese evacuated the remains of all prisoners of the Chita region. In memory of them in the Old cemetery of Chita monument “Peace and harmony forever”.