Home Breaking In the state Duma commented on the statement do not consider Russia... 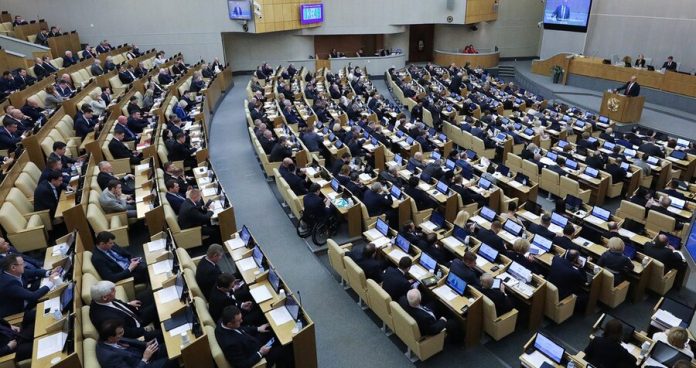 First Deputy Chairman of the Duma Committee on state building and law Mikhail Emelyanov commented on Moscow 24 offer constitutional court judges do not consider Russia as a legal successor of the USSR.

According to Yemelyanov, the Soviet Union was recognized by all countries of the world and had diplomatic relations with all States. With the opinion of judge Konstantin Aranowski he disagreed, saying that the legal succession and characteristics of the regime that existed two different things.

“In France there were different modes, and formed the present France in the Wake of the French revolution. In the history of France the guillotine during Robespierre was the repressive regime of Napoleon was. But this does not affect the legitimacy, succession of French republics and monarchies. So do not be confused: there are legal concepts and the evaluation characteristics of the political regime,” – said the first Deputy Chairman of state Duma Committee on state construction and law.

Emel’yanov added that the creation of the state and repression are two different things.

“Repressions began much later than the establishment of the state. His arguments of other political categories. Legal succession does not mean that is taken over and the political regime. The example of France can say that the modes and forms of government were different, but the legal succession of France remained”, he concluded.

Earlier, the judge of the constitutional court urged not to treat Russia as the legal successor of the USSR. He pointed to the illegality of the creation of the Soviet Union and urged not to consider rehabilitation of the victims of repression as a compensation for the harm caused to the victim by the perpetrator.