Marijuana is legal in Washington DC, but there are many things that one should know about the legality of cannabis here.

The nuances are too deep to explain in a few simple sentences.

Medical marijuana is known to help reduce chronic pain, inflammation, and a host of neurological and psychological ailments that include epilepsy. Marijuana is now legal in some form in most states nowadays. You can check out Veriheal to find out how to apply for a medical card and procure marijuana legally.

The legalities in Washington DC

As per initiative 71, it was proposed that adults above 21 years may have up to two ounces of cannabis. The law, however, is not that simple as far as the legality of marijuana in Washington DC is concerned. The law states that although you can possess marijuana, you cannot buy it from any place situated within the district. Thus, no one can sell marijuana in the district, which becomes a problem because you cannot buy it! The solution to this problem is as novel as the law is; Adults above 21 can gift each other one ounce of marijuana. So, many times people are given marijuana as a gift along with the purchase of some other goods. The recreational marijuana market operates in this way whereas, the medical marijuana market is considerably well organized in Washington DC.

In 2015, after a long fight, Initiative 71 came into effect. Congress also took a lot of time to formulate the rules for medical cannabis in Washington DC, and now medical cannabis rules and laws are in place. Getting a medical marijuana card in Washington DC is not of much hassle and can be obtained with relative ease. The dispensaries are also excellent, according to the reviews received. The only problem that consumers of medical marijuana face in the district is the relatively small number of dispensaries that serve close to 6,000 patients. It is the reason why people sometimes have to travel from one ward to the other to acquire their needs for medical marijuana. The cost of medical marijuana from dispensaries does involve paying higher costs. Therefore, many patients have started procuring their requirements from sources of recreational marijuana as it is affordable. Plus, these can be procured as gifts with other purchases.

How can one acquire marijuana in DC?

The marijuana delivery service is also available through online portals, and more often than not, these portals provide excellent discounts and offers on their products. Consumers can get the delivery of their cannabis at their doorstep and also save money on their purchases. The delivery portals also ship products to various other places in states like Virginia, Maryland, and Pennsylvania.

One of the other usual places where you may procure marijuana is in weed popup events. There are online registries where you can subscribe to get updates on upcoming marijuana events. Some of these events are on an invite-only basis. These online portals and registries help by providing people with invites who are interested in joining such events.

The best thing about the marijuana law in Washington DC is that it allows consumers to grow their marijuana subject to specific terms and conditions. The first condition is that the maximum number of cannabis plants that a person can have is six. Three of these plants can mature at a given time. The plants have to be grown in a private residence and cannot be planted in any public place. The problem that consumers face regarding purchasing marijuana has also been considerably worked around with this solution. You can get seeds or immature plants from someone as a gift. Later on, when you get your plant to mature, then you can gift an ounce back to the person.

How to avoid penalties?

The most crucial aspect of legal provisions is the punishments and conditions which can lead to your arrest must be known. Although marijuana is legal in Washington DC, there are a few conditions that everyone must know to avoid being arrested in a crime that is related to marijuana and using it. No one can have more than two ounces of marijuana. If someone is caught trying to sell marijuana, then they can be put behind the bars. The next thing that must be kept in mind while consuming marijuana is that Washington DC allows the consumption of marijuana only in private places like your home; you may be arrested if you are spotted consuming marijuana in any public place like parks, public terraces, etc. The last and most tricky part is that marijuana is not legal at the federal level. Federal authorities can arrest you for possession of any amount of marijuana. The extent of federal land in Washington DC is substantial; therefore, being very careful when in possession of marijuana in Washington DC is always advised.

CBD is one of the main components of marijuana. After the 2018 Farm Bill was passed, CBD derived from hemp has been assumed to be legalized by federal laws. It doesn’t mean that anyone who possesses CBD is clear. Only the CBD that is certified to have been derived from hemp is legal.

Although the present laws doesn’t legalize the sale of marijuana in Washington DC yet recently, in May 2019, the mayor of Washington DC introduced the Safe Cannabis Sales Act of 2019. It is a massive step in the streamlining of sales of marijuana in DC. A legal marketplace for recreational marijuana is important, and the current condition is promoting illegal marketplaces. It has created the problems of increased crime, loss of tax revenue for the government, and creating risks for the users. The future may only tell how things develop and whether the sales of recreational cannabis become a reality in Washington DC. 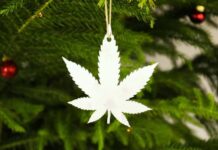 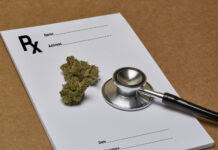 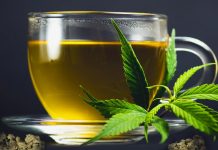 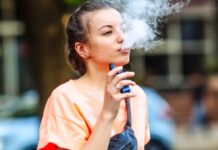 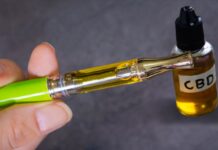 How to Vape CBD Oil Properly and Effectively – 2022 Guide