Home Breaking Italy leads the climate change to the classroom 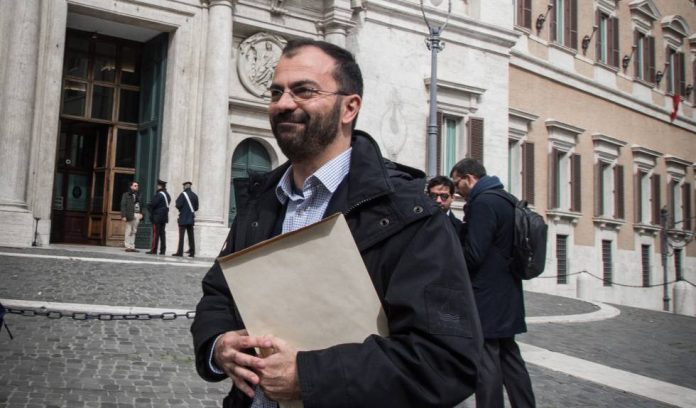 climate change will be the subject of examination to the school of Italian for next year. The minister of Education, Lorenzo Fioramonti, has announced that it intends to convert to Italy the first country in the world to include the study of the climate crisis in the compulsory education and has explained, in an interview with the agency Reuters, that from September, all schools will dedicate 33 hours per year, in around an hour a week, to address the issue.

The minister, a former professor of Economics, University of Pretoria, in south Africa, also has been reported that the teachers taught lessons on environment and sustainable development at all stages of compulsory education. At the beginning you will do so as part of the Education for Citizenship, which will also be mandatory from the next academic year, after 30 years of absence— in the framework of a pilot project whose ultimate goal is to incorporate the climate agenda of the United Nations throughout the curriculum. According to the conception of the political, which aims to “make sustainability and climate the centre of the educational model”, other traditional subjects such as Geography, Mathematics or Physics will be studied “from a new perspective linked to the sustainable development”, to analyze, for example, the effects of the action of man in the different areas of the planet.

environmental activists have received the news of the new subject with optimism, but have also warned that all the responsibility about the care of the planet should not fall only on the very young. “To educate children in sustainability is certainly very important. But the science tells us that the next 10 years will be crucial, we can’t wait for the next generation”, has declared to The New York Times Edoardo Zanchini, vice president of Legambiente, the leading association environmentalist of Italy.

Fioramonti, of the Movement 5 Stars, a party with a strongly marked green, above all in its origins, is to the front of the portfolio of Education since September, and in recent months has been criticized for having encouraged students to skip classes to participate in demonstrations of the strike global climate, driven by the activist Swedish Greta Thunberg and that in Italy has had a great reception.

In a short time, the minister has become the target of attacks from the opposition by its proposals, including the withdrawal of crucifixes from the classrooms or the new fees for the plane tickets, the plastics and sugary drinks and foods, which the Parliament must approve within the Budget law for the next year. “I have been ridiculed by all as the fool of the village, and now the Government is using two of my proposals and it seems to me that more and more people are convinced that this is the way to go,” said Fioramonti. And he has justified that this type of tax have as a goal “to discourage the consumption bad for the environment and for the people” and has argued that “generate resources that can be allocated to the schools, to social policies or to reduce taxes on income”.

on The opposite side is the League of Matteo Salvini, a former minister of Interior, which is the most popular in Italy, according to all polls, which give around 30% of the votes and skeptical regarding climate change. The leader of far-right, a cold day in may, the last spring, he mocked global warming. “Since they have tripped the alarm on global warming causes more cold than ever, we have had to re-light the heaters. Where is this global warming? What I’m hoping,” he said.

With this example, the minister of Education has pointed out that in seeking to fight this kind of “nonsense”, teaching children that “this is the most important challenge that humanity has faced”.