Home Breaking Justice will pay 50,000 euros to a few grandparents deprived of seeing... 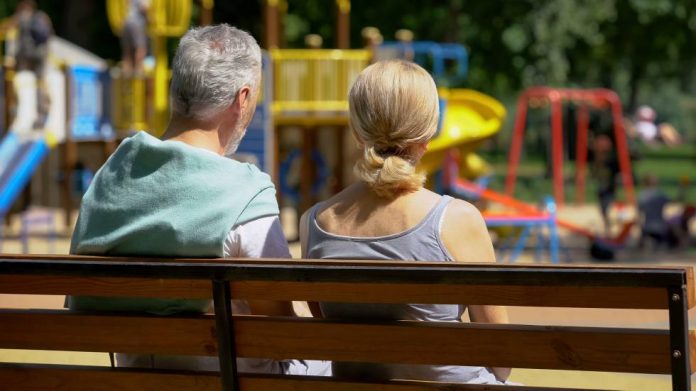 grandparents have the right to enjoy their grandchildren. Not may deprive them of this even when the marriage of the children has been contentious and end up in divorce. Ramon and Margarita, both of 76 years, grandparents of two girls and residents of a small town of Tarragona, have had a long and tortuous legal battle with his exnuera for this they might see their two granddaughters. Got a judge to give him the reason in front of the mother of the girls and ordered to leave the grandparents to be with them at least one day every two weeks. The daughter-in-law refused in the round and defied repeatedly by the court order. The court let it pass the years and never got to run his own decision. The conflict has disastrous consequences.

The Spanish National court has sentenced to Justice as a responsible heritage of the inaction of the judge, which failed to execute his order that the grandparents could be with their granddaughters

The National court, in a groundbreaking judgment of the magistrate José Félix Méndez Canseco, has ordered the Ministry of Justice, as a responsible heritage of the inaction of the judge and of the long duration of the process, to provide compensation to each of the grandparents with 25,000 euros, plus statutory interest.

“The money does not compensate for how much we spent, so many lawsuits, and without being able to be with them or see them grow,” says Ramon, who, like his wife, takes 14 years without being able to see her granddaughters. The couple has lost all hope. One of the girls is now 18 years old; the other, 16. “It’s not right, it’s all been very unfair”, they complain. “We have stolen the lives of our grandchildren; when we look, we know we are missing them,” explains Ramón.

The mother of the girls not only prevented the grandparents to see the grandkids. Did the same with the father, which resulted, in September of 2018, in another decision of the court in which sentence the ministry to pay others to 48,000 euros to the father. After a contested divorce, the former wife of Jordi also objected to the disruption to the children.

The lawyer Igor Fernández, Barceló, in his office. THE COUNTRY

The grandparents went to a court of Catalonia on the 22nd of November of 2007, when her son and his then daughter-in-law were divorcing. There was tension between them. She asked her former spouse a pension of 700 euros and he offered 200: the judge of a family settled on 400. The mother sued the father for alleged abuse of one of their daughters. And a judge ordered his removal of the two children and opened criminal proceedings.

The girls ‘ father, was acquitted by the Hearing of Tarragona, in which he described the complaint’s home “seriously disturbing”. Jordi was unable to be with their daughters during the eight years that lasted the process of the court. And when a judge authorized him to be with them, the girls no longer wanted to see him.
The mother missed no opportunity to impede the authorization of the court for the father and the grandparents. One and the other ended up throwing in the towel after many years of litigation “and impotence” stresses Jordi. Over the years, the girls were growing up, and refusing to see his father and his paternal grandparents. Jordi regrets the duration of the process, that had to be solved much more quickly. Hurts their parents, “through no fault of nothing,” have been deprived of their granddaughters. “Regardless of whether the liability of the conflicting divorce was her or me,” he says.

While Jordi was imputed by the complaint of the mother of the girls, the paternal grandparents claimed their right to be with the small. Got a judge will give the reason in a judgment of 2007, which provided that, regardless of the marital conflict, the paternal grandparents had the right to enjoy his granddaughters. But that warrant was never executed. And the times that they tried, it ended in drama. “We travel 200 miles to see them, called to the door and she never opened to us,” says Ramón. “We’ve missed seeing them grow up… what is it now that the law gives us the reason if what was ordered was never carried out?”, asks the grandfather with anger.

neither the father Nor the grandparents have been able to be with the girls since the year 2007. The children have already grown up and don’t want to be with their paternal family

that it might be fulfilled that court order, Ramon and Margarita were sent to the judge numerous writings over many years reminding you that your exnuera persisted in not letting them see the children. The State has now been condemned by the passivity of the judge (who is not personally responsible for their inaction), who argued in his defense that the delay in executing the sentence was due to problems of “structural of the court”.

The grandparents were asked initially to Justice, by the psychological damage, a total of 200,000 euros. The ministry gave the reason, but only offered them 20,000 euros, 10,000 for each one.
through the lawyer Igor Fernández, Barceló, Ramon and Margarita appealed to the offering of Righteousness before the board of Litigation of the National court, which has ruled that the grandparents should be compensated, not with 20,000 euros the two, but with 25,000 each, for the “undue delay of the judge” in run your own sentence. “They have grown older and we still do not know anything about them. The justice has been very slow… the years Have passed and there has been a lot of suffering. We have 76 years old and we wanted to be with them before they die, but the time has passed and I’m afraid we’re going to die with that upset,” says Ramón.
“what money? We have spent more on lawyers,” adds her son Jordi, resigned. And is home to an intuition: “I Think that when the years pass, my daughters will be able to think for themselves, without influences, then I will be able to speak with them and tell them everything…”.

“This would not have happened in a court specialized in family”

María Pérez Galván, member of the governing board of the Spanish Association of Family Lawyers.

“The great victim silent are the kids,” said Mary Perez Galvan (Seville, 64 years), member of the governing board of the Spanish Association of Family Lawyers, which brings together about 2,200 lawyers. The organization calls for a specific jurisdiction. “This case [which grandparents cannot see their grandchildren in 14 years because you do not run the sentence] probably would not have been given in a court specialized in family. Now there are citizens first, in capitals of province, with courts specific, and second, in villages, with all the parts mixed to treat all kinds of issues, from a conflict of neighbors to gender-based violence,” continued the lawyer, with over 30 years of experience. “The whole world has the same right to judge, prosecutor, teams psychosocial and lawyers”.

In 2018, there was 99.444 divorces, separations and annulments, according to the INE. The majority of cases are not conflicting but those that fester are very problematic, according to this attorney. Claim that in the matter of family “does not have winners or losers, but covenants reasonable.” And advised to seek counseling, which in addition prevents the processes to lengthen. “Family law is something that is alive, the children grow up, become teenagers, relationships change, and your will is there to hear it”.

Asked about all common sense. “The failure of the regime of visits is closely linked to hatred, to revenge. But it is not common for it to take so much to execute a judgment,” he says. “Perhaps the claim of a grandparent to see their grandchildren can take from four to six months in a family court, two or three years in a mixed one”, follows. But he acknowledges that it is easier to request the execution of a sentence when it fails to fulfill a financial obligation that a regime of visits. “In the first case, it overwhelms the payroll. But what happens in the second? Missing media, technical and human, in the courts, personal monitor compliance and help to understand the parties which must prevail the interest of the child”, he adds.

The counsel argues that the cases of grandparents who ask for a visitation to see their grandchildren began when they approved the divorce, in the eighties, but have been increasing, especially from 2015, when the Civil Code established that there can be prevented without “just cause,” the personal relations of the minor with their relatives and friends. What are not common are compensation, especially in family cases: “The citizen has just been very burned out psychologically”.