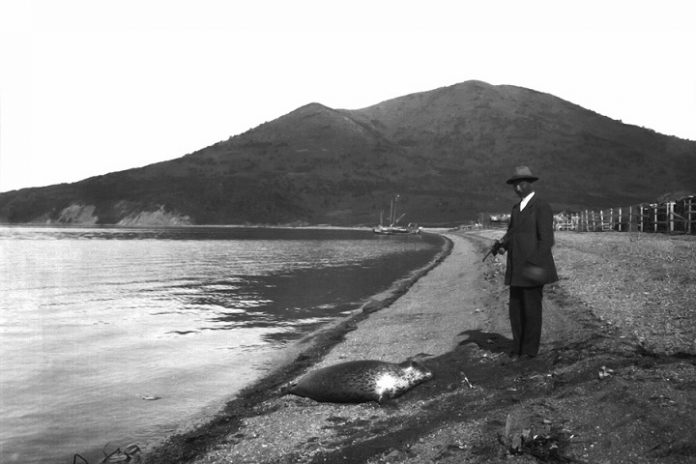 Many are still not ready to accept the fact that Emperor Alexander II sold Alaska to the Americans. But few people know that representatives of the United States, using the weakness of Soviet Russia in the first years after the revolution, was going to buy and Kamchatka. The deal, which could have huge geopolitical consequences, did not take place for a number of reasons.

the Americans on Kamchatka

the Americans, who began to actively explore the Northern waters of the Pacific ocean after the annexation of Alaska, often swam to the shores of Kamchatka. At the end of the XIX century it was under foreign poachers in large numbers to exterminate the whales, seals and sea otters. In the waters of the South-Western part of the Peninsula fishermen from California was producing cod. Kamchatka walrus by the early twentieth century by American whalers destroyed completely.

Taking advantage of the weakening of the control of the tsarist government over the outskirts, to Kamchatka rushed and Industrialists from the United States, Saragossa geological expedition in the quest to find a new Klondike. Thus, about the natural resources of the Peninsula in America were well aware.

In 1920 the Council of people’s Commissars in Moscow received a letter from the American businessman Washington Baker Vanderlip, who claimed that he acts on behalf of the then candidate to the presidency of Warren G. Harding (later won the election). Referring also to the relationship with one of the richest people in the U.S. banker Frank Vanderlip, the author of the letter addressed by Lenin with an offer to sell Kamchatka to the United States, pointing to the need for joint action against Japan. He stressed that he preferred selling the land, not renting.

Entrepreneur average level Vanderlip had reason to be interested in the remote Peninsula. As a member of “United Eastern miningher company,” he at the end of the XIX century participated in the search for gold in Kamchatka. This undertaking proved a failure, however Vanderlip became aware of the oil fields in the Peninsula. He later told Rockefeller, but the project Mogul wasn’t interested.

once Again, the Kamchatka Peninsula was in sight and after the revolution. By this time behind him stood a large syndicate of businessmen from Los Angeles, and perhaps American political leaders, which he managed to convince of the benefits of the development of the Soviet Far East.

to understand how realistic was the plan Vanderlip, consider then the foreign situation to the East of lake Baikal. From 1920 to 1922 there existed a legally independent far Eastern Republic, a buffer state, officially recognized by Moscow because of the Japanese threat. It was declared a democratic and capitalist unit of the country.

At the time of the proclamation of the DDA among its lands were and Kamchatka, where previously there were local Pro-Soviet administration. The creation of the DDA prevented a war with the Japanese Empire, the Bolsheviks had occupied Poland, it was not possible to fight on two fronts. But Lenin did realize that full control over the territories, where the Japanese troops, he has not. Therefore, the proposal Vanderlip, the leader of the Bolsheviks, not dismissed fully.

the Idea of selling was rejected. However, the surrender of the Peninsula in concession for 50 years the leader of the world proletariat agreed, explaining that including the opportunity to sow discord in the capitalist world. According to the draft Treaty, it was about the development of oil fields, and even the creation of the us naval base in Avacha Bay near Petropavlovsk-Kamchatsky. But the events developed rapidly.

the Outcome of the adventure

In 1921, in the DDA, with the support of the Japanese occurred on the white revolution that spread and Kamchatka (which by that time was already legally transferred back in the RSFSR). White remained in Petropavlovsk until the fall of 1922, and left it, evakuirovavshie on the steamers “Magnet” and “Sishane”, after the Japanese troops left Vladivostok. Because the risk of direct seizure of the lands of the Eastern neighbour has passed, talk about the sale of Kamchatka to the Americans has lost all meaning.

the Concession project also did not materialize. Despite the efforts of Vanderlip, the US government refused at that time to diplomatically recognize the Soviet Russia. At the hearings in the Senate, Warren G. Harding stated, it is irrelevant to the concession negotiations has not. Vanderlip asked in Moscow about prolongation of terms of signing of the contract, but in 1923 he has failed to convince Washington politicians. The document remained only a project. Failure of a businessman, who did not have enough influence, gave rise to the American journalists ironically christen him “Khan of Kamchatka.”

Despite this outcome, we have to admit that in terms of instability after the Civil war and the political fragmentation of Russia’s Kamchatka could become the “weakest link” and share the fate of Alaska. Losses for the Soviet Union in this case would be immeasurably as the huge Peninsula – key to the whole Northern part of the Pacific ocean.