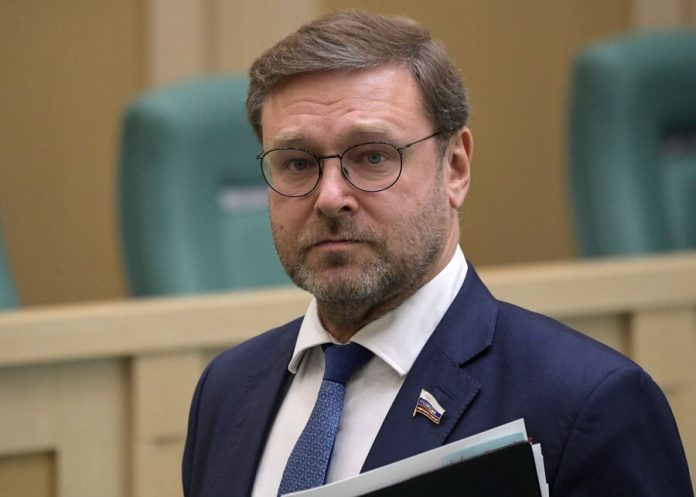 the resolution of the parliamentary Assembly of the Council of Europe (PACE) against Russia pursues political goals, said the head of the Federation Council Committee on international Affairs Konstantin Kosachev in an interview with RT.

Adopted by the parliamentary Assembly the resolution refers to the ten countries of the Council of Europe, including Russia. In the document PACE asks Moscow to “fully implement the Minsk agreement” and “unconditionally and fully cooperate with the joint investigation team and the public Prosecutor’s office in bringing the perpetrators of the crash of flight MH17 Malaysia Airlines to justice”.

“This resolution is in itself the inertia of thinking, typed in parliamentary assemblies in the last five years, when Russia was discussed in the absence of Russia and obviously biased”, – said Kosachev.

in addition, he said that the last time it was taken quite a lot of “anti-resolutions”, and they all pursued political goals.

Earlier it was reported that deputies of the parliamentary Assembly of the Council of Europe (PACE) voted to ratify the credentials of the delegation of the Russian Federation in full. First Deputy Chairman of the Federation Council Committee on international Affairs Vladimir dzhabarov believes that the decision to return powers to Russia are not linked to contributions to the country.

Earlier it was reported that the PACE plan to follow the process of amending the Constitution of the Russian Federation, and also reminds Russia about the responsibilities to implement the decisions of the European court of human rights (ECHR). However, a member of the Federation Council Committee on international Affairs Oleg Morozov said that PACE will not be able to influence amendments to the Constitution of Russia.