Home Breaking Lavrov said the weapons Russia is ready to include in the new... 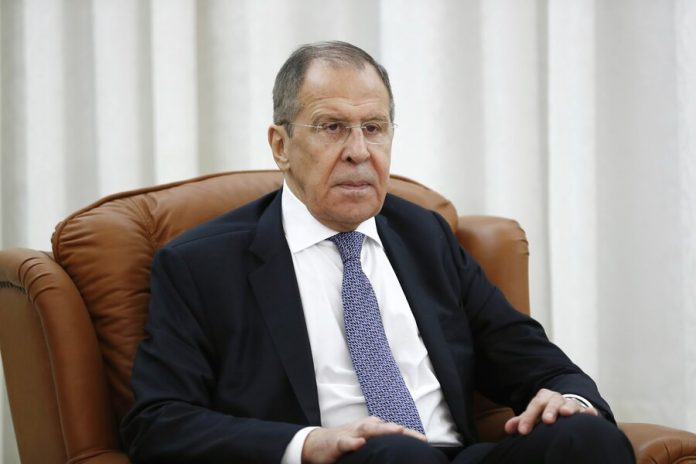 Photos: Ministry of foreign Affairs of the Russian Federation/TASS

the Russian side is ready to discuss the accounting for the following contract on reduction of strategic offensive arms (start) new types of its arms. This was announced by the Minister of foreign Affairs of Russia Sergey Lavrov.

He noted that in this case, the United States and other Western countries will have to do the same and not to develop such weapons, according to RIA Novosti.

“Americans are interested in our new weapons. We have already mentioned that some of these new weapons, at least “avant-garde” and “Sarmat”, our military is ready to consider in the context of the criteria of the contract”, – said Lavrov.

According to him, all the remaining weapons do not fall under the restrictions that were included in the 2010 Treaty, but Moscow expressed readiness of conversation on this topic.

“However, in the context of the circumstances that initially led to work on the creation of such weapons,” – said the Minister.

Lavrov said that such circumstances were associated with the termination of the anti-ballistic missile Treaty in 2002, which left the United States. Now, according to the head of the Russian foreign Ministry, all the questions about any weapons need to be discussed solely in the context of affecting strategic stability factors.

In particular, it is not just about missile defense but about the American concept of fast global strike, based on non-nuclear strategic weapons. In addition, you need to talk about the failure of States to accede to the Treaty on comprehensive ban of nuclear tests and weaponization of outer space, I am sure Lavrov.

“If we will offer to put its weapons under the restrictions, and they shall unlimited to develop all what I have told you, of course, this conversation is going nowhere we will not have”, – concluded the Minister.

Earlier Vladimir Putin declared that Russia is ready to extend the start-3 before the end of 2019. The President of the Russian Federation stressed that “from steamners, there is no reaction.”