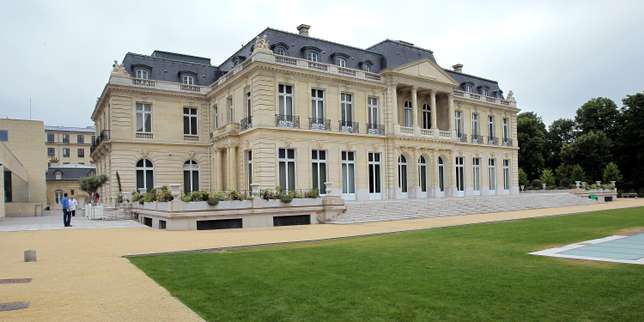 There was the black list of tax havens. There will be now the black list of countries selling passports or residence certificates so-called ” golden “, because they are granted against high compensation of very rich investors.

The Organization of economic cooperation and development (OECD) published on Tuesday the 16th of October, the names of countries in which programs for obtaining residence or citizenship-by-investment “as they are called in the industry, exhibit a “high risk” of being diverted from their object by fraudsters of all kinds, including tax.

also Read :   tax Evasion : the OECD warns of the risks associated with the granting of the “passports golden”

The sale of the “passports gold” has grown significantly in recent years. More than a hundred countries in the world are now a trade of passports or visas, according to the OECD. The “price” can range from 100,000 to several million dollars, depending on the benefits they offer to their acquirer, such as being able to travel without visa in Europe or in the United States. Perfectly legal, the trade is sulphurous to its use to dubious ends, such as fraud and tax evasion, the laundering of money or even organized crime.

In total, twenty-one jurisdictions are nailed to the pillory by the OECD because their program can potentially promote tax evasion. It is, says the international body located in Paris, courts, guaranteeing a very low tax rate to the purchasers, the income from assets held abroad. And which, moreover, does not require a presence in their territory long enough – what, in reality, produces situations where these high net worth individuals never set foot in the country of which they hold passport or visa gold.

the bulk of The battalion is composed of islands in the caribbean, many of which are also considered as tax havens : Antigua and Barbuda, the Bahamas, Barbados, Dominica, Grenada, Montserrat, Saint-Kitts-and-Nevis, Saint Lucia, the Turks islands and Caicos. They work with the Seychelles and Mauritius, in the Indian ocean, and the archipelago of Vanuatu, in the Pacific.

The countries singled out for their opacity and little desire to cooperate in the field of taxation are also part of this list : the united arab Emirates, Bahrain, Qatar, Colombia, Malaysia and, to a lesser extent, Panama. But what catches the attention, what are three european countries, also pinned by the OECD : Monaco, Cyprus and Malta. These last two are part of the european Union (EU) and sell them as their passports are particularly expensive, because they allow to take place freely anywhere in the EU.

The entry ticket in the passport, the maltese, which can also be useful in the United States, for example, is one million euros. All of this with conditions of residence reduced to the minimum : it is sufficient to buy or rent a property on the island without even needing to occupy it, as had been detailed to The World and its partners of the ” Daphne Project “, in April. This collaboration, organized by the association Forbidden Stories, has the purpose of continuing the investigations of journalist Daphne Caruana Galizia, who was murdered in Malta on October 16, 2017, and who had especially written a lot about the trade of passports.

also Read :   The european Commission calls into question the practice of “visa gold”

For the OECD, these programs are likely to be used by people wishing to pass under the radar of the automatic exchange of data, the new weapon against fraud tax, during deployment at a global level. A wealthy French citizen who would have bought a second citizenship from St Lucia and would like to hide the money in Switzerland would only have to present this second passport caribbean to the swiss banker to avoid being spotted. Instead of being sent to France and to the tax authorities French, the information about his swiss account would be in St. Lucia… which is empresserait of bury. France, she has no idea of the scheme. “Such scenarios are likely to expand,” warns the OECD.

The organization has also released its list of the country that are committed to communicate the list of foreign citizens who are granted such sesame golden brown. The objective of the forum is also to ask for a tightening of controls of identity of customers, to better check their motivations. All the programs of sale of residence or citizenship are not dangerous, and individuals who purchase the are sometimes with strong justification, says the OECD : to be able to travel more freely, or to enjoy a stable policy framework. But some present risks and must be adequately supervised and controlled.