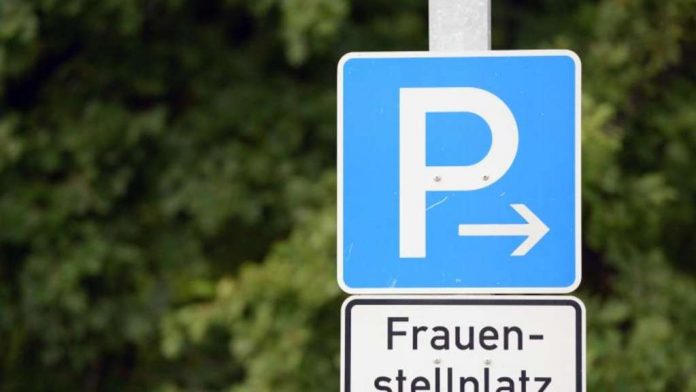 Munich (dpa) – A full Parking: Only a few spaces are free, but reserved for women. What does this mean for male drivers?

Thesis men, it is forbidden to put their cars to women’s Parking.

rating: False – at least in the public space.

– facts: According to the German road traffic regulations (StVO) must be expected no driver with a fine, which is aimed at his car in the public car Park in the reserved for women and areas. There is no generally valid traffic sign, and neither the regulatory Agency nor the police distribute Parking tickets. It is a moral approach, to leave this well-lit areas close to the exits of the women. A Parking lot or Parking garage is managed, however, is private, the owner has property rights and may give a wrong Parker is quite the house ban.

Thesis: The provision of Parking spaces for Women discriminated against men.

– rating: A Supreme court decision, there is not, but judges and legal experts saw in the past has been no violation of men’s rights.

– facts: The General equal treatment act (Allgemeines gleichbehandlungsgesetz, AGG) prohibits discrimination against people because of their gender – unless it is a verifiable reason. Which may be, for example, in the protection of the privacy or personal safety. Judge at the regional labour court of Rhineland-Palatinate, allowed about an employer in 2011, Parking in the company Parking lot preferably be awarded to women. In the judgment it is stated: “Thus, women are exposed to generally be a greater risk than men to be victims of crimes against sexual self-determination.” In addition, Ms. Parking spaces “are socially desirable and socially well-accepted”.