Home Breaking Mishustin has distributed the duties between the Deputy 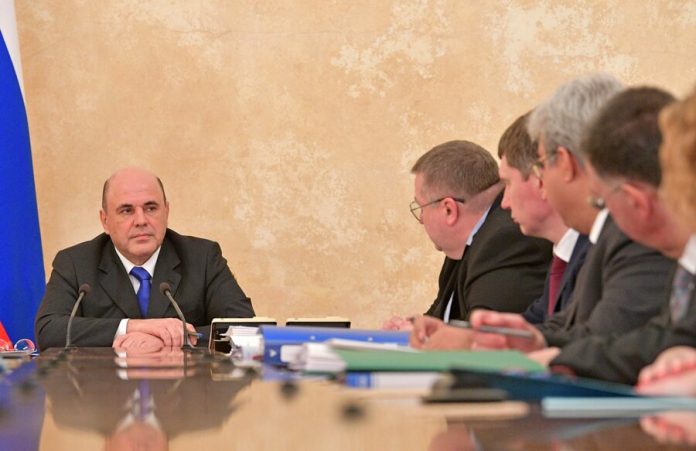 the Prime Minister of Russia Michael Mishustin has approved the allocation of duties among deputies. The document is published on the website of the Cabinet. First Deputy Prime Minister Andrei Belousov will coordinate the development of socio-economic development, the achievement of national objectives and the relevant national projects, as well as participation in the world trade organization (WTO) and counter-sanctions.

Deputy Prime Minister and government chief of staff Dmitry Grigorenko will plan the work of the Cabinet, including control over the execution of decisions and implementation of the national projects, public debt management and financial assets in Russia. In addition, he will be responsible for improving control and Supervisory activity in trade. Deputy Chairman of the RF government of Victoria Abramchenko will oversee the agriculture, fisheries, agriculture, land relations, real estate matters, naming geographical features, ecology and environmental protection.

the scope of the Deputy Prime Minister Yuri Borisov will enter the industry and fuel and energy complex. He will be responsible for national defence, law enforcement, the state procurement. In the sphere of its competence – the development of the GLONASS system. Deputy Prime Minister Tatiana Golikova will continue to supervise the social block, including national projects in the field of demography, health, education and science. She also will address issues of trafficking in drugs, social development, employment, labour relations, pensions and youth policy.

Deputy Prime Minister Alexei Overchuk is responsible for the international relations, the BRICS and the group of twenty, working on issues of Russia’s participation in integration processes within the Eurasian economic Union. Deputy Prime Minister – Plenipotentiary representative of RF President in the far Eastern Federalm district Yuri Trutnev, as in the previous composition of the Cabinet will continue to oversee the development of the Far East, the Arctic zone and the North Caucasus, as well as special economic zones.

Deputy Chairman of the government of the Russian Federation Marat Khusnullin will supervise national projects in the field of housing and the urban environment, ecology, creation of safe and quality roads, mortgage lending. In addition, he will supervise the program of socio-economic development of Crimea, the Kaliningrad region and cooperation with Abkhazia and South Ossetia. Deputy Prime Minister Dmitry Chernyshenko will be engaged in projects in the field of information technology and communication. In the sphere of its competence culture and innovation, tourism, sports and cooperation with religious organizations, and relevant national projects.

Mutko was appointed CEO of the state-owned House.Rdenis Molchanov headed the Department of culture in the updated Cabinet