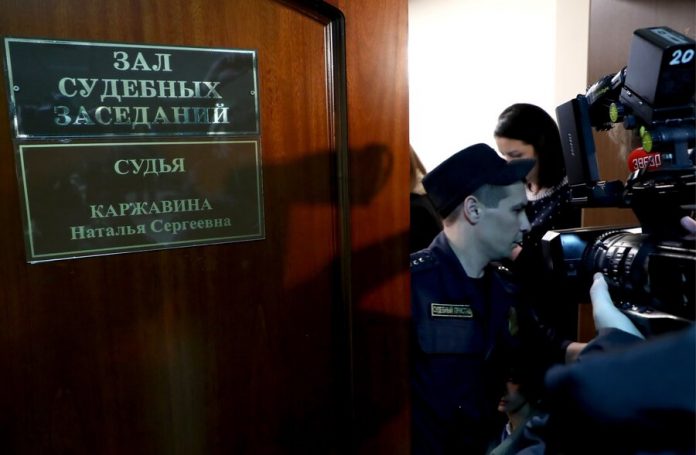 the girl’s Mother, who has lived five years in the Metropolitan hospital, filed a complaint against the judge who made the decision about restriction of the parental rights.

“Please initiate the involvement of a Federal judge of the Presnensky district court of Moscow Karsavinoj N. C. disciplinary action for admitted procedural violations,” TASS quotes the complaint of a woman.

She noted that the judge Karsavina did not accept petitions about the written evidence in the case, which were provided orally. She also said that the judge refused to conduct a forensic medical examination and considered the case without her presence.

Earlier it was reported that the girl’s parents intend to appeal the court’s decision to transfer the child to the custody of authorities.

the Mother and the father of the baby is obliged to remit a quarter of their income for the maintenance of the daughter. Previously, they money is not spared: according to some information, the children with the nanny at private clinics costs about a million rubles a month.

Why not pick up the daughter from the hospital, the parents did not appear in court

Born in 2014 in the clinic “Mother and child” at Sebastopol Avenue girl after discharge, the mother was returned to the neonatal pathology Department of the clinic.

the medical center to assure that the health of the girl threatens nothing. The child’s parents previously filed claims about the restriction of parental rights, but they were rejected.

Parents living in the medical center girl called the condition, which will take her”doesn’t deserve to sit in a cage”. Relatives of a girl who lives in the clinic