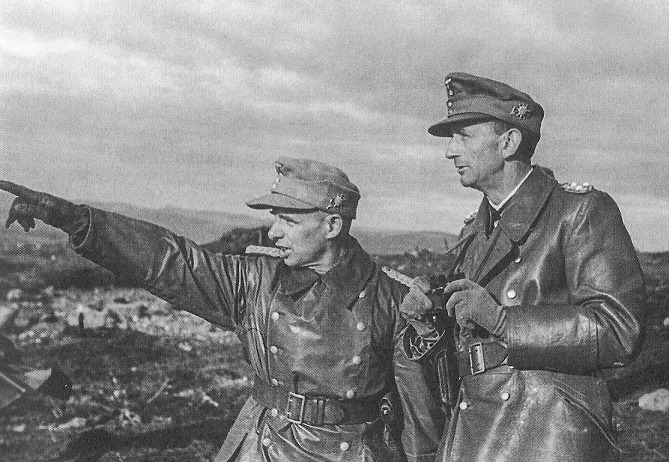 History 06/03/20 Murmansk Lapland: why Hitler wanted to join the Kola Peninsula to Germany

Adolf Hitler was possessed by some mystical doctrines, where the North was attached to the sacred function. “Nordic race”, “Nordic character” and other visions from the Arsenal of occult Masonic society “Tule” of the early twentieth century was imbued with “national socialist” worldview.

an Increased interest in the North

In April 1940, Hitler launched an invasion of Norway. He justified it by purely rational arguments. Norway is important as a base for submarines and aircraft for operations against England. If the British capture the first Norway, and then became known, they were really going to do it, you’ll get a huge strategic advantage over Germany. The military leaders supported Hitler. After all, even during the First world war the Kaiser’s headquarters had considered the question of preventive occupation of Norway.

But why Hitler until the very end of the war was holding in Norway the grouping of ground troops numbering about 400 thousand people, when troops were needed in Germany itself – remains a mystery. The Norwegian group of the Wehrmacht surrendered only on may 9 1945, and hostilities in the country, with the exception of the polar region, was not conducted.

the German submarines and surface ships scoured in the Barents sea, hunting for British, American and Soviet ships carrying military supplies for lend-lease. This task also had a strategic justification. However reason, a German submarine reached the coast of Taimyr Peninsula, up to Northern edge of Novaya Zemlya to Franz Josef, where no sea lanes did not pass. What they found under the eternal ice of the Arctic in these desolate waters?

the Kola Peninsula was planned to be part of the Reich

the Meeting was devoted to the goals, objectives and methods of the occupation policy in the Soviet Union. Hitler stated that the number of areas should be directly included in the German Reich, to become his foreign exclave. It is the Baltic States, Crimea, oblast of Germans in the Volga region, and Baku, “which should be turned into a German military colony.”

Another exclave of Germany was to become the Murmansk Lapland. This part of the statements of Hitler, Bormann duly noted: “the Finns want East Karelia, but due to the existing large Nickel deposits of the Kola Peninsula must go to Germany.”

so the motive expressed by rational: a large Deposit of Nickel. However, a sufficient pretext for Germany took direct control of distant territory in the far North? Why the same was not expressed, for example, in relation to the rich deposits of manganese ore in Ukraine (Krivoi Rog) and Georgia (Chiaturi)? Why, of all non-ferrous metals such preference to Nickel?

the Discovery of Hyperborea on the Kola Peninsula in 1920

Before the revolution in Russia, the medic self-taught and “psychic” Alexander Barchenko became famous for his sketches of “esoteric” travels in India and Tibet, the mystical novels, a session on parapsychology. In 1920 he was taken to work in the Neuropsychiatric Institute Dr. V. M. Bekhterev in St. Petersburg. In the same year he won the Institute of equipment of the expedition on the Kola Peninsula, in the district of Lovozero lakes and seidozero to explore there supposedly observed phenomena of mass hypnosis.

note: the beginning of 1920. Still there is a civil war. The country is in ruins. Famine, banditry, war communism, the Bolsheviks funding scientific institution that studies the brains of people for equipment of the expedition somewhere to the far North… Not strange?

the Leaders of the Bolsheviks came to power, wanted to learn such secrets of nature that would give them world domination. Methods of control over the psyche of the human mass seemed to be one of the keys to achieving this goal.

after Returning from the expedition in 1922, Barchenko immediately knocks the money on a new expedition to the same area – in search of the heritage of the ancient civilization of Hyperborea. 19 Feb 1923, Petrograd “Krasnaya Gazeta” reported that “Professor” Barchenko opened on the Kola Peninsula, traces of highly developed culture, more ancient than the Egyptian pyramids. After his report about the expedition in Glavnauka Barchenko was accepted back to work by the academic Advisor. And soon he became a member of the Special Department of the OGPU, led by Gleb Boki.

From the Hyperborea through the brain of Lenin in Berlin

What is found in the North of the “red psychic”? According to his description, he saw on one of the Islands Segozero (other options – Lovozero) some strange constructions. But all his attempts to approach them were unsuccessful: then came the storm, at the very Barchenko found some dizziness, waves coming from that island… the Local Lapps (Sami), according to him, felt awe in front of the stone ruins and unkindly treated scientists who could bring down a curse on the local spirits. Sami Lapps seemed Barchenko “descendants of an ancient advanced race.”

In 1924 Barchenko was one of the first who examined the brain of Lenin after the death of the “leader of the world proletariat”. Soon, the Bolsheviks organized an Institute for the study of Lenin’s brain, inviting the head of them a German of Professor Oscar Vogt. Vogt has worked in Moscow for five years, and then returned to Berlin. During the Nazi dictatorship Vogt did not touch. Although in 1936 he was dismissed from the Berlin Institute named Kaiser Wilhelm, but until 1945 the Foundation of the industrialist Krupp (who financed Hitler’s rise to VLASTI) allocated Vogt tools for a small lab in the mountains of Freiburg im Breisgau.

did Hitler about “the discovery of Hyperborea” by the Russian scientist and working with him a German Professor? If he wanted to take the Kola Peninsula, after the victory in the war, under the direct control of Germany in the first place, in order to penetrate the mysteries of the “Nordic wisdom” of the legendary civilization? Despite the fact that you know about Hitler, it doesn’t look incredible.