Home Entertainment Muscovites hang out on the balconies, and flags calling to stay home 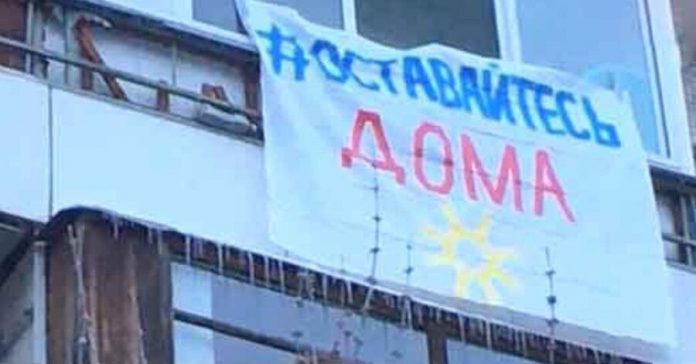 Muscovites hang out on the balconies, and flags calling to stay home

Muscovites on the isolation started to hang out on their balconies with flags calls to stay home, reports the Moscow 24 TV channel.

Citizens in this way encourage other citizens to follow their example and not to leave their apartment for the duration of the regime of self-isolation, which was introduced on March 29, Sergei Sobyanin. The apartment will be permitted to leave only for emergency medical help, shopping at the nearest store or pharmacy.

the people of Moscow are allowed to walk the dog, empty the trash or get to work. It is necessary to keep distance with other people in 1.5 meters. The same measures introduced in the suburbs, and then in other regions of Russia.

Previously, the necessity of adherence to isolation wrote the song Russian leading Ivan Urgant and Alexander Gudkov. The video, accompanied by a composition in which well-known personalities to demonstrate what they do at home, instantly became popular.

Also, the Russian cultural figures have launched a flash mob #homeartchallenge. They called to tell excerpts from beloved works, or demonstrate the results of his work. The action has been joined by Ekaterina Volkova, Marina Alexandrova and Olga Kabo.

Total worldwide, according to who, cases of infection with coronavirus is more than 827 thousand people, more than 40 thousand died. In Russia recorded 3 548 cases in 76 regions. Discharged for recovery during the day, 45 people, 25 of them in Moscow. Total discharged 235 people.