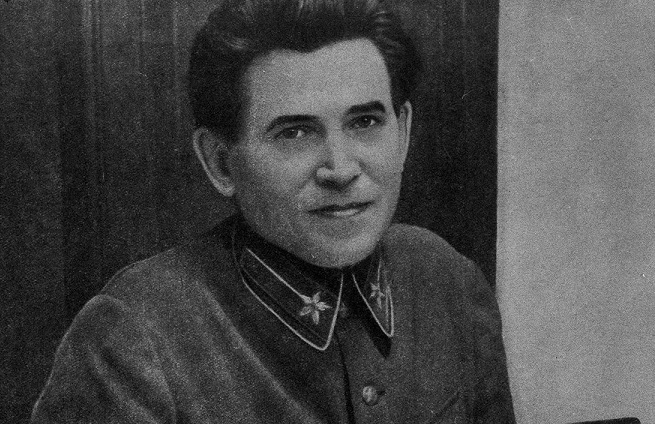 Biography 19/03/20 Nikolai Yezhov: what happened to the wife “bloody dwarf”

“I Consider it necessary to bring to the attention of the investigating authorities, a number of facts about my moral and domestic expansion. We are talking about my old Vice of sodomy” – a recognition of Nikolai Yezhov made in-camera special prison of the NKVD.

At the same time, the “bloody dwarf” was married twice and, according to eyewitnesses, loved second wife so much that even Stalin was not able to separate them. And for the love of it paid with his life.

Nikolai Yezhov was a sickly young man. He was of those about whom they say “meter with a cap”: the growth, he was a meter 51 centimeters. But he knew how to make others, and women caused touching feeling. Yezhov sang fine. Later, when he moved to Moscow and will drop in on the evening to his boss, Ivan Moskvin and his wife Sophia Alexandrovna will enclose Yezhov best pieces, calling him a Sparrow: “You’re so small, you need more to eat.” Whether for it, or the inevitability, but when she was arrested together with her husband, tells Yezhov to record in the minutes that the Countess was trying to poison him. It will be shot.

the first time Nikolai Yezhov married in 1921. He turned 26 years old. His wife, Antonina Titova, serious and purposeful girl, was two years younger. The future people’s Commissar of internal Affairs had recently been appointed Commissioner of the Saratov base radiopharmacology, and further career advancement associated with the departure of his wife to Moscow.

Tonya Titov joined the party of the Bolsheviks immediately after the revolution, when he studied at Kazan University. She left school and went to the party technical Secretary to the district Committee of the party. There she met with Yezhov. Three years after the wedding of Antonina went to Moscow and in 1924 he entered the Agricultural Academy, and at the end in 1929 in the graduate school.

Family life do not interfere with Yezhov fun. At the end of 20 years he was addicted to alcohol. Worked intensively and as intensively indulged in sprees. So, with a colleague in the people’s Commissariat of agriculture F. M. Konar (Poleshuk) they are “always drunk in the company of prostitutes, which Konar brought to his home” (from the transcript of the interrogation of Yezhov). Was he a sodomite connection.

In 1930, while vacationing in Sochi, Yezhov met a girl and fell in love. He immediately divorced Tonya – children they had, and the wife gives her consent was not required.

After the divorce, Antonina Alekseevna has continued to live and work. In 1933 he finished graduate school, became head of the Department at the Institute for sugar beet farming, published a book. Her honesty and integrity was so impeccable that neither the repression nor the arrest and the shooting of ex-husband would not touch her. She died on 92-m to year of life in 1988.

the Girl, which Yezhov met in the resort’s name was Eugene. She was born in Gomel to a large Jewish family. After school, went to Odessa and went to work as a typist in a magazine, where he met with a mechanic, and at the age of 17 married him. The marriage did not last long. Soon the clever brisk Genia changed the mechanic to the Director of the publishing house “Economic life” Alexey Gladun. Second husband suddenly switched to the diplomatic service. Eugene accompanied by his wife in London and in Berlin. There she met Isaac Babel.

in the Autumn of 1928 Eugene Gladun returned to Moscow and joined the editorial Board of “Peasant newspaper” typist. When a young, but promising all-powerful head of the Central Committee of Ogrespeedtree nick Yezhov met her in Sochi, she never hesitated.

In Moscow, in a spacious apartment, Yevgeny Yezhov organized the secular salon. Here you can meet the staff of the Central Committee, prominent party functionaries – Poskrebysheva, Kosareva, the lamentations, journalists, writers and artists.

an Easy temper Eugene was in no hurry RAto stavitsa with old friends and did not hesitate to forge new relationships. Among her lovers were beyond Babel Otto Schmidt, Semyon Uritsky, Mikhail Sholokhov.

Yezhov was not behind his wife’s intimate entertainment. According to the memoirs of Zinaida Glikina, a close friend of Eugenie, “he was ready to establish an intimate relationship with anyone, at least random woman, do not settle with time, nor place, nor circumstance. N. I. Yezhov at different times in the ugly drunk molested, trying to persuade him to cohabit, to all women that his apartment staff. He used his safe house of the NKVD in Moscow on Gogolevsky Boulevard as the most convenient place for Dating and intimate relations with women.”

the couple has forgiven each other of infidelity. The only case when Yezhov exploded, and a scandal was the story with Sholokhov. Room writer auditioned, and when Eugene came to visit, all their words and actions were recorded and logged. Ezhov gave the transcript that the stenographer faithfully wrote: “go to the bathroom”, “go to bed”, etc.

This almost defiantly dissolute behavior caused a negative reaction of Stalin. In the summer of 1938 he was in a categorical manner ordered Yezhov to divorce: “She is compromising herself by relationships with enemies of the people”. But Eugene talked the husband, and he, despite all the betrayal, he loved his wife and couldn’t do the will of the leader.

However, the tension was high. Arrested friends and relatives of friends of Eugene. She fell into a nervous condition and was hospitalized in the sanatorium. Thieves. November 17, 1938, she handed a packet of pills of the luminal and from her husband, a toy dwarf. Later began to consider that gnome is a signal, they say it’s time. Evgeniya Solomonovna took a lethal dose of pills and two days later died.

the Intimate life of Nikolai Yezhov began at 15 years old when the boy was sent to Saint Petersburg for training to a tailor. There, in the Studio, in full accordance with the traditions of the fashion world and glamor capital it seduced more experienced peers.
One of his lovers Yezhov met then in the tsarist army in 1916, and they eagerly resumed their relationship. Their relationship was vsokoaktive – partner functions has varied during the sexual contact. However, such relationships Yezhov practiced with other fellow sodomites.
Soon, Yezhov was retired due to illness, but his lover was killed at the front.
then, working as a Commissioner base radiotelegraph units, he was comforted in the arms of his subordinate in radio engineering Antoshina.
After the arrest of a disgraced Commissar called his six partners. Some of them Yezhov had a close friendship is Ivan Dementiev, who worked the protection of the Leningrad factory “the beacon”, and Vladimir Konstantinov, head of the “px” of the Leningrad military district. Some was what is called a random connection – Director Mat Jacob boyars and the chief state arbiter of the USSR Philip Goloshchekin.
All were arrested. During interrogations, easily and in detail told about the relations with Yezhov, hoping for an easy article for sodomy. All six were shot.