Home Breaking Novartis has recourse to the courts to keep secret data on a... 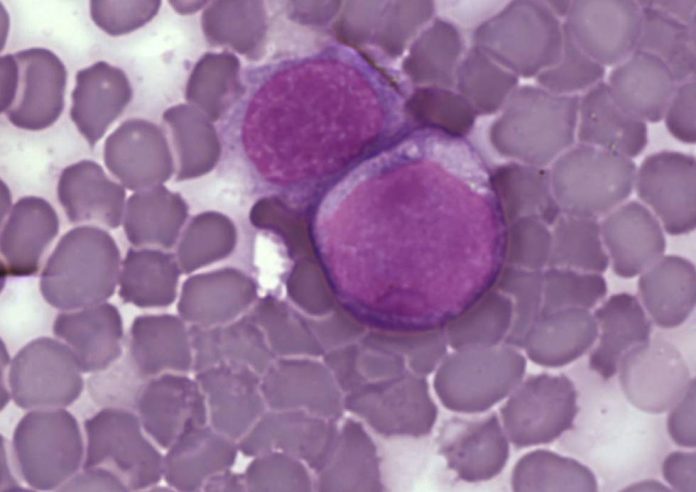 The pharmaceutical company Novartis has decided to turn to the courts to prevent the Health Ministry to make public the economic criteria and clinical that last November, led him to approve of public funding for the Kymriah. This drug is the first of the calls, therapies, CAR-T —T-cells with antigen receptors chimeric— approved in Spain, and is suitable for a type of acute lymphoblastic leukemia and one of lymphoma. The cost per treatment amounted to 320.000 euros.

The career of oncology drugs increases the price and the inequity, according to the WHO

The gene therapy reaches finally to the future

The company’s decision comes after the Transparency Board were to decide that “this information should be available because it is in the public interest”, has issued a press statement this morning, the platform Is Not Healthy, formed by half a dozen entities, and that seeks transparency in the activity of the Administrations related to the price of the drugs. These entities are associations of consumers as well as OCU and CECU and the Spanish Society of Public Health (Sespas), among others.

The controversy with the Kymriah dates back to last November, when, in the first meeting the inter-Ministerial Commission for Medicine Prices refused to give the green light to public funding of the drug. This decision, however, changed two weeks later. The reason was, according to Health, which the company agreed to the funding of the drug fell within the new model called “payment by results”, that the pharmaceutical enter the full selling price if their products comply with what is established in the clinical trials.

In this case, according to sources in health, the agreement provides for a first payment of around 180,000 euros, and a second for the rest that will be evaluated after 18 months. Payment by results, to be linked to clinical trials and not to the survival of the patient, requires new formulas that allow to track and record each use of the drug and the evolution of the patients, a challenge that you must meet Valtermed, a new evaluation system that will take the next 4 of November.

The platform Is Not Healthy performed through the transparency portal a request to Health last December to see “the price and the criteria therapeutic and economic that justified their approval”, stated in its press release. The response received in January, however, was far from the expectations of the platform to the “to be generic and incomplete.”

This was the reason that led to Not it Is Healthy to appeal to the Council of Transparency, which considered that these criteria should be public. The resolution recognizes that the decision to fund the drug has a “scope and relevance of public [that] cannot be put in doubt,” and recalls that transparency “is a right anchor of the constitution, that should be highlighted as an intrinsic value of the concept of democracy”. In relation to the above, Transparency recognizes IS Not Healthy the right to know the reasons that have “led to the inter-Ministerial Commission on Drug Prices to make the decision to include the drug Kymriah in public funding”.

Novartis has answered by writing to this journal which has appealed in court “because, in spite of to be the company that markets the Kymriah was not informed at any stage of the procedure”. “In this case will be addressed the limits on the right of access to public information”, it follows the response. “We understand that while the legislation sets up a comprehensive way to the right of access to public information, this must be weighted and, in his case, limited, when it comes into conflict with other protected rights,” adds the company.

Novartis ends his piece by recalling that “the only decision taken by the court is to apply in advance to the Ministry that, until it is resolved the underlying issue, do not give the information to the data subject”.

“With the resource, Novartis tries to make prevail their alleged business interests above those of citizenship”, has deplored today, Monday, Vanessa Lopez, director of the Health Law, another of the entities that form part of the platform. To the director of communication of the OCU, Ileana Izverniceanu, “it is essential to know on the basis of what data the Ministry sets the price of funding new innovative therapies”. The organization added that this is especially important when “are known, estimates of the cost of developing the drug is significantly less”.

Ramón Gálvez, of the Association for Fair Access to the Medication (AAJM, other entity platform) argues that “it is essential that it is justified in a transparent manner every euro for the innovative therapies because, as we have seen in studies presented at the recent congress of the European Society for Medical Oncology (Esmo, its acronym in English), “the relationship with the improvement of survival in some of the new innovative therapies is very weak in comparison with drugs already existing”.

For Juan José Sendín, who responds to this journal as vice president of the AAJM, is “fundamental to defend you in the management of all public reine transparency”. “All you can tell is suspected of being contaminated, and to encourage corruption, something especially serious when we speak of the health of citizens and the sustainability of the National Health System”, adds Sendín, who also chairs the Ethics Committee of the Organization Medical Collegiate.

A recent report from the World Health Organization (WHO) warned of the spiral upward that some of the new therapies against the cancer they were causing in pharmaceutical costs, to the point of putting at risk the sustainability of health systems. The WHO warned that “despite the improvements in health, survival, quality of life and a model of patient care,” achieved with a few treatments, “the literature indicates that a considerable proportion of targeted therapies that have been approved in the last 15 or 20 years only show improvements in secondary objectives [such as the size of the tumor] without improving survival or quality of life”.

Even in those drugs with some limited benefits, WHO questions whether it is justified to its high cost: “Some drugs show only small benefits, with a mean survival of three months, marginal according to the experts”.

This body, finally, denied that the high prices of some therapies are justified by the “research and development costs of the newyou drugs”. “These have little or no connection with the way in which firms set the prices of medicines for cancer”, concluded the who, which highlighted the “lack of transparency” that prevails in an area in which they are asked the “confidentiality agreements” between Governments and laboratories.